Doctor of Fu*king up Grows! 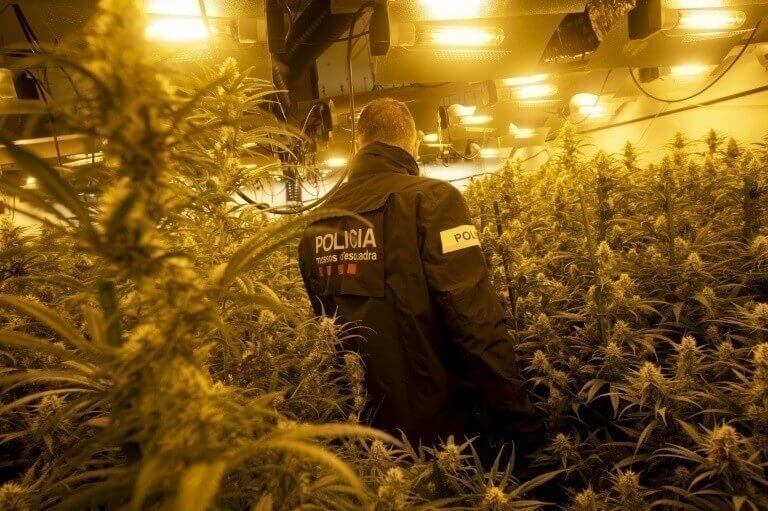 La Mota, Dinafem and Humboldt Seeds victims of an operation by the Guarda Civile Police intervention by one of the largest seed banks in

Hope you guys stay strong and keep your head up!!!

I hope all the worst for all scums that was involved in that operation..


P.S: I tout growing and non Selling Weed in Spain was ok??

That stinks so bad.. dinafems beans were among the best around imo.. its unbelievable that they've been just forced out of business.. yet all the others continue.. somethin don't stack up.

It's political without a doubt. They probably refused to pay a bribe or some rival put the screws to them.

La Mota, Dinafem and Humboldt Seeds victims of an operation by the Guarda Civile Police intervention by one of the largest seed banks in

Hope you guys stay strong and keep your head up!!!

I hope all the worst for all scums that was involved in that operation..


P.S: I tout growing and non Selling Weed in Spain was ok??
Click to expand...

Date of the raid was...mid september.
Police officers doing their job are not scums IMO.

Wow!! I hope they had some of there seed strains kept in a place that the feds don't know of, or that's a lot of time and hard work and a lot of great genetics lost.

pop22 said:
It's political without a doubt. They probably refused to pay a bribe or some rival put the screws to them.
Click to expand...

first i heard of this ,,,goverment wants to test the laws,,,and it dont look good for your chances when you got Civil Guard and the Tax Agency after your ass,

they cleaned them out of a lot personal information as well ...

Dismantled a laboratory equipped with state-of-the-art technology for the manipulation and genetic control of cannabis seeds
The operation has been carried out in the provinces of Guipúzcoa and Navarra for three days, proceeding to the arrest of 14 people and investigation of another 8, dismantling 11 large marijuana plantations
There have been 12 home searches and 5 inspections, intervening more than 207,000 euros, numerous checking accounts, bitcoins wallets, various properties and documentation, as well as 2,188 plants of various unique varieties and 20 million marijuana seeds from different parts of the world with a estimated value of 100 million euros
Intervened in a high-performance laboratory specialized in the production of cannabis plant specialties using sophisticated genetic manipulation techniques 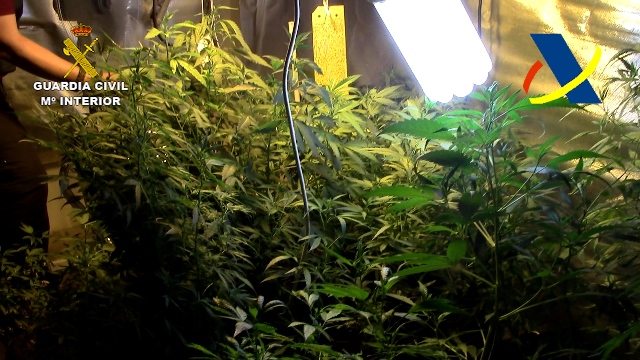 Within the framework of the INXER-TORO operation jointly developed by the Civil Guard and the Tax Agency, a criminal organization dedicated to the illegal production, distribution and sale of cannabis seeds has been dismantled, in many cases dealing with unique varieties; Through the process they carried out, the consumption of this type of narcotic substance was promoted, favored and facilitated.
The aforementioned operation had its origin in the framework of the actions of assurance of the logistics chain of international trade and border control carried out by the Spanish Customs.
They have proceeded to the arrest of 14 people and investigation of another 8, carrying out 12 home searches and 5 inspections in industrial buildings, having agreed preventively the blocking of three safe deposit boxes, 126 bank accounts with an approximate balance of 12,000 .000 euros, and the intervention of 55 properties with an estimated value of more than 9,000,000 euros; more than 207,000 euros in cash has been seized.

The INXER-TORO operation began last November 2018 by the Organic Unit of the Judicial Police of Álava and the Tax Agency; The first inquiries indicated to the investigators the existence of multiple irregularities in the business activity of those investigated, obtaining data that corroborated innumerable businesses that were presumably based on illicit activities.

The business activity of the organization, in addition to providing what is necessary for the crops, included all kinds of teachings (consultations by mail or tutorials) on the cultivation of cannabis through social networks, including through personal advice, promoting the consumption of this type of products without any optional endorsement. The marketing used by the organization included videos that were later uploaded to social networks with the purpose of advertising the cannabis varieties that had previously been developed in its facilities.

The organization considerably increased its profits through the surcharge that they applied to their products, which they put on sale in person at their commercial facilities, or through electronic commerce at the national and international level.

The operation of the Civil Guard and Tax Agency has managed to determine how the organization used paid growers located in Guipúzcoa and Navarra to obtain crops of the cannabis varieties that were interested at all times, paying these people for their work, but with prices much lower than those that they later obtained in the market and also making it difficult to locate the crops.

Members of the Spanish Agency for Medicines and Health Products of the Ministry of Health have collaborated in the operation in technical advisory work.

Once the investigations, which have lasted several years, and in which the Judicial Police Units of Vitoria, Guipúzcoa, the Basque Country Zone and the Tax Agency have participated jointly, the operational activity was decided on the objectives that were identified in continuous discreet surveillance.

On September 15, 16 and 17, a joint police operation was carried out in the provinces of Guipúzcoa and Navarra in which a significant number of members of the Civil Guard of the Vitoria and San Sebastián Commanderies and Regional Area participated. of the Basque Country Customs Surveillance, also with the collaboration of the Central Computer Audit Unit of the Navarra Tax and Customs Surveillance Agency and the Pamplona Civil Guard.

More than 2,100 plants of different varieties of cannabis and a multitude of seeds have been seized that would have reported several million euros to the Organization, dismantling 11 large marijuana cultivation plantations.

In one of the registries, a laboratory perfectly equipped with state-of-the-art technology for the manipulation and genetic control of the varieties put into circulation has been located. In this laboratory an exhaustive program of genetic evolution was carried out on the seed, which once completed, gave rise to its massive production; Some 20,000,000 seeds of different varieties of marijuana whose commercialization is not authorized in the European Union have been intervened inside, estimating a market value of more than 100,000,000 euros.

Several sites have also been found with illegal hookups to the electricity supply, which further increased the Organization's profits by growing the seeds at no cost.

With this operation, a pioneer of its kind, the Civil Guard and the Tax Agency have managed to disrupt an Organization dedicated to the cultivation, promotion, favoring and facilitation of the illegal use of cannabis.

The detainees are accused of crimes against public health, criminal organization, money laundering and fraud of electricity.

Glad I found some Humbolt Trainwreck!

Another reason to seed out some of those nice genetics in your personal grows. Never know when or if, it's gonna gone from the marketplace.