It's all about the Trichomes

Dan34475 said:
Here's the end of week 5 of my bonsai grow lol. One issue i found was this was doomed from the start. When one of the brats started turning yellow I went looking for answers. When I received the AN Sensi Grow, the 2 parts were wrapped together and marked something like "2 part package do not breakup". I ASSUMED that it was the part A&B. You see where I'm goin with this-yup- I received 2 bottles of Part B. My very bad. Still don't know why only one went to yellow. Life's little mysteries I guess.
The conundrum for me now is will the autoflower period be delayed or should I start bloom nutes and lights? Wait a week? Does @Tyler_Durden88 RWYB have a consolation prize for smallest nugz?

End of week 6 prior to haircuts. I thought I was going to leave em alone but the canopy got so thick, I couldn't help myself. I was just getting ready to shoot pics of the after trim but a group of folks with 6 leo's showed up to rent the track so I think I'll wait till they leave.
First a story (old guys love to tell stories). I had some friends that traveled around to malls and such with a petting zoo. They had a chimpanzee named Buster. They had a standing bet that if you gave Buster a toy to play with and it lasted more then 5 minutes without breaking, they would pay out $500. They would get guys from major toy companies- Tonka, Fisher Price etc come buy to test old and new products. They never had to payout the money. Purpose of this story-- I think I may be the Buster of weed. 6 weeks no sign of turning to bloom-that I can see. A couple of the smaller ones I realized have more 3 & 5 leaves then 7. They look healthy to me- just small.
Something else I realized that when doing 2nd, 3rd, 4th cut on manifold, don't necessarily cut the first node. Make sure the orientation of the leaves aren't going to give you a vertical orientation. A lot harder to train. All for now

I "think" I may have dodged a bullet and there really is a Santa Claus. Sunday I had trimmed all the big fan leaves off and it was all pretty sparse. Monday I started hitting em with bloom nutes.and practically overnight they filled in and up 2".

Unless my newbie eyes are deceiving me, today when I went to water, I started to poke around a bit and I believe these are the signs of starting to bloom?

unless of course my old eyez are deceiving meeeee, hehe

I didn't see it till I had my cheaters on. lol

2x Sour Diesel, first grow. Not a clue what to expect now... Good luck for yours!

Thanks Brah, you as well. How old are those? Hope to see those little budlings on mine soon. Keep an eye out. 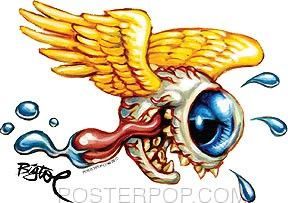 They having been grown under a Migro100 COB LED (115Watts from the wall) from day one. The light has been at various heights / intensities as i'm a complete noob and wasn't sure which position was correct.