Hello and welcome to my test thread.

Let me first start by saying that I was sent a P300 to test, I did not purchase it myself. That being said, let me also say that when I first started growing I began with some LED's I found on Amazon that were highly rated, but I was pretty disappointed with the results. I switched to an MH/HPS setup, and later to a CMH setup, both of which I've had great results and had no desire to try LED's again...at least not at the price range I could actually afford. Going into this I would say I had a slight bias against LED's, though I intended on being as unbiased as possible.

I decided to wait until I was mid-grow before posting this thread so that I would have more experience with them, which would allow me to post more information in this first post, as I assume it will be the most viewed post in the thread.

Now let's get into it.

As I mentioned before, I've had previous experience with LED's. For this test I though it would be useful to do a grow-off between the LED I purchased and the P300. To make it as fair as possible I used my 8x4 tent with the P300 on one end and the Meizhi 450w at the other end, both growing Critical Kush from the same bag I received from Seedsman. There was a large unused space in the middle of the tent which I decided to put a Viperspectra 300w light. Unfortunately I didn't have anymore Critical Kush seeds so I popped in a Nirvana Bubblelicious. I don't plan on using information from that light in this thread too often because of the strain difference, but it's in the test tent so you should know about it. 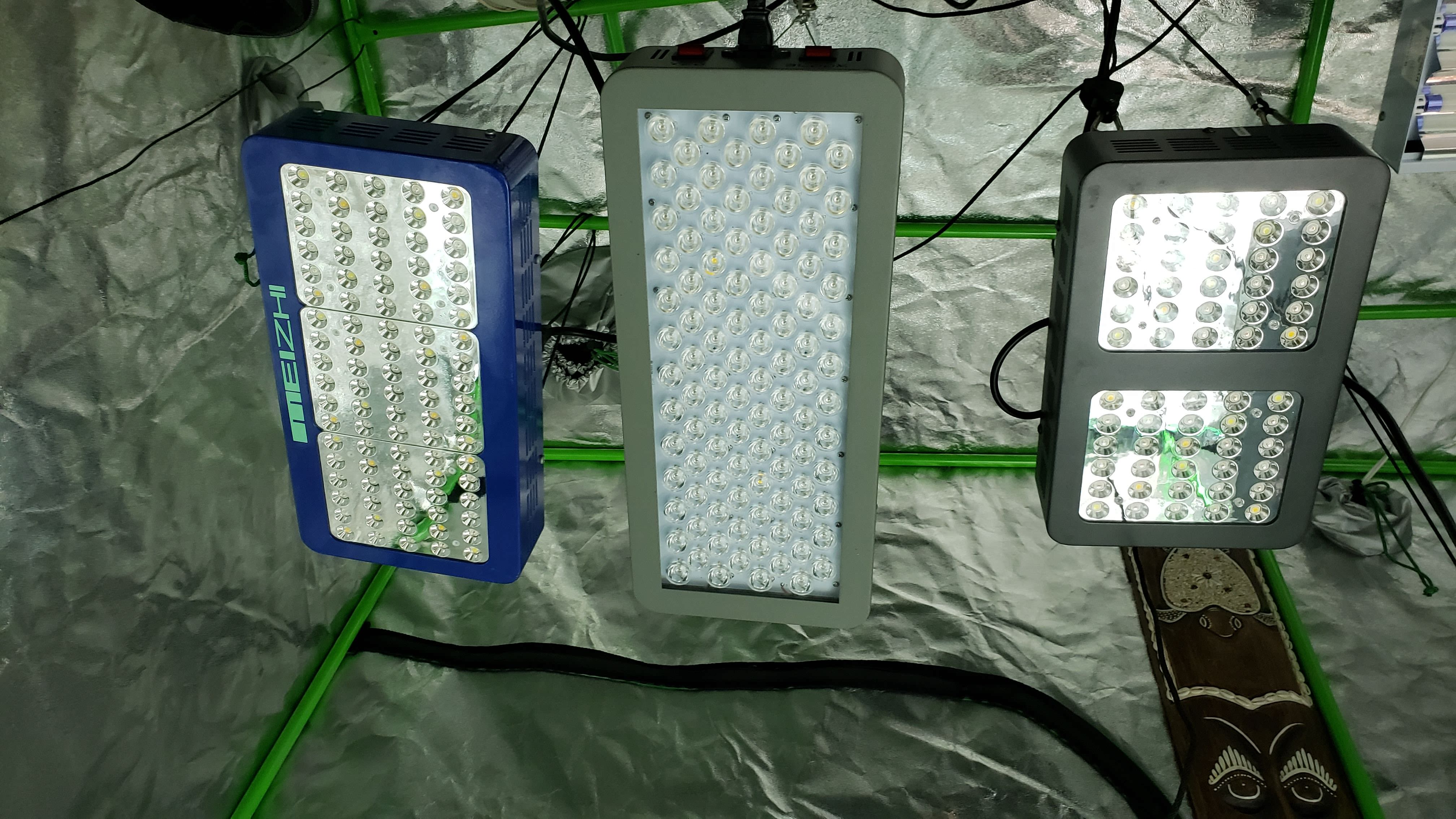 Power Usage (measured with a Kill-a-Watt):

Meizhi 450w
Platinum P300
Viperspectra
It's important to note that there is no separate veg and flower switches, it's just on or off.

Temperatures:
*The hottest spot I could find on the housing*

What's interesting is that the P300 and Viperspectra are running all their LED's, while the Meizhi is only running the veg lights. I'll measure it again and see if it gets even hotter after flipping to flower.

As far as tent temps, the tent stays 8-10 degrees (Fahrenheit) cooler than my 4x4 with two 315w CMH's. My tents are in my basement which usually stays somewhat cool in the summer, but I've been struggling with higher temps this summer in the CMH tent. The LED's definitely solve that problem.


If there's any other information you would like to see about the P300 or the other two LED's, or any questions you want answered, let me know.

And now, on to the grow!

As I said before, I'm growing two Critical Kush plants. They are being grown in a coco coir/perlite medium in 5 gallon pots. Nutrients include the Fox Farm trio, Advanced Nutrients Sensi Bloom (part A+B) and CALMAG. Water is R/O. I make up 5 gallon jugs with the nutrients and both plants are fed the same mixture on an as needed basis. Normally I top my plants at least once and lollipop near the end. For this grow I will not be doing anything other than feeding and trying to keep the environment where they like it as to not interfere more than I have to. This should help keep the lighting the only variable.

You'll notice that the P300 has quite a bit more red hue than the Meizhi. I wasn't sure how that would affect the plants. 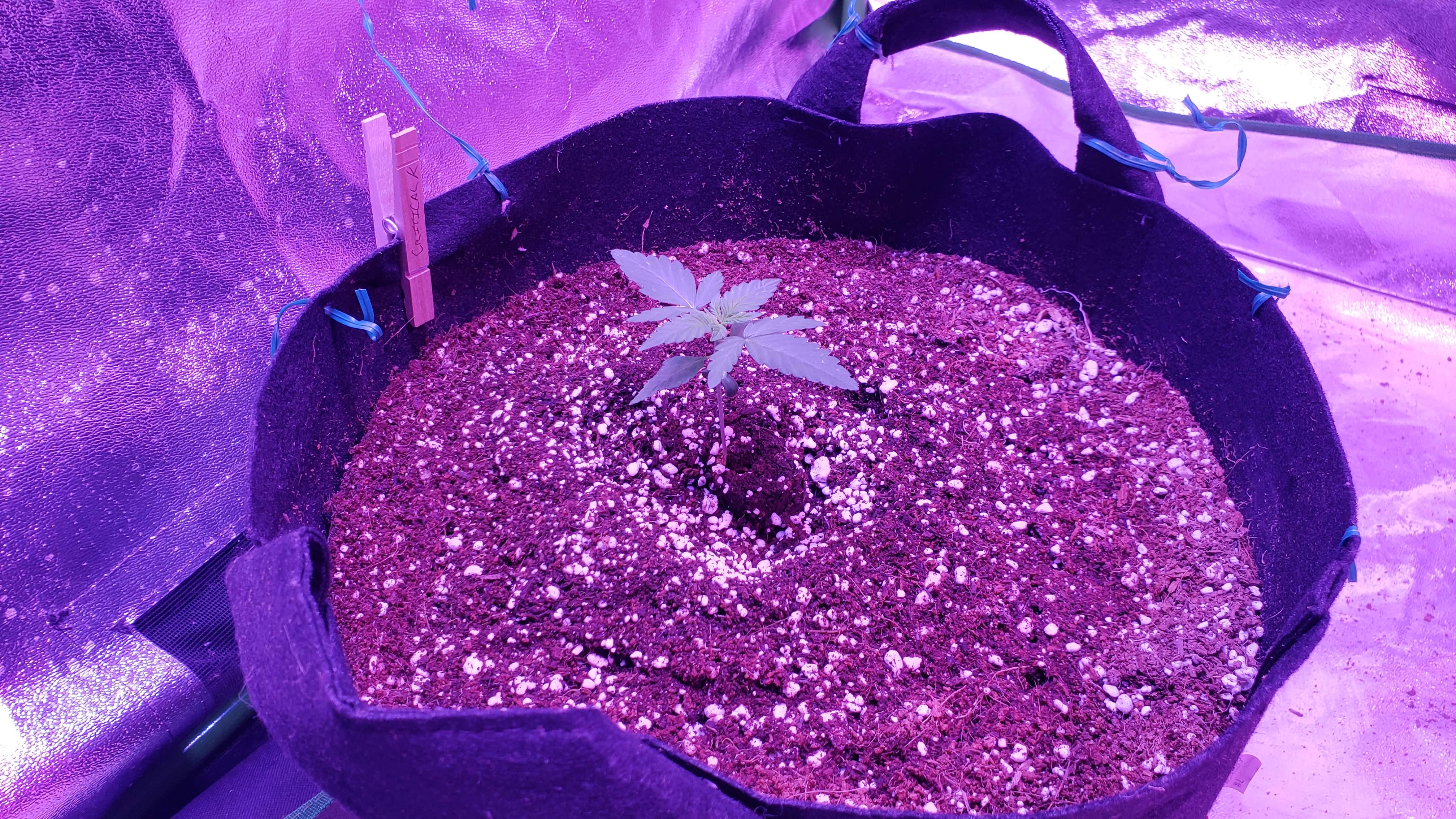 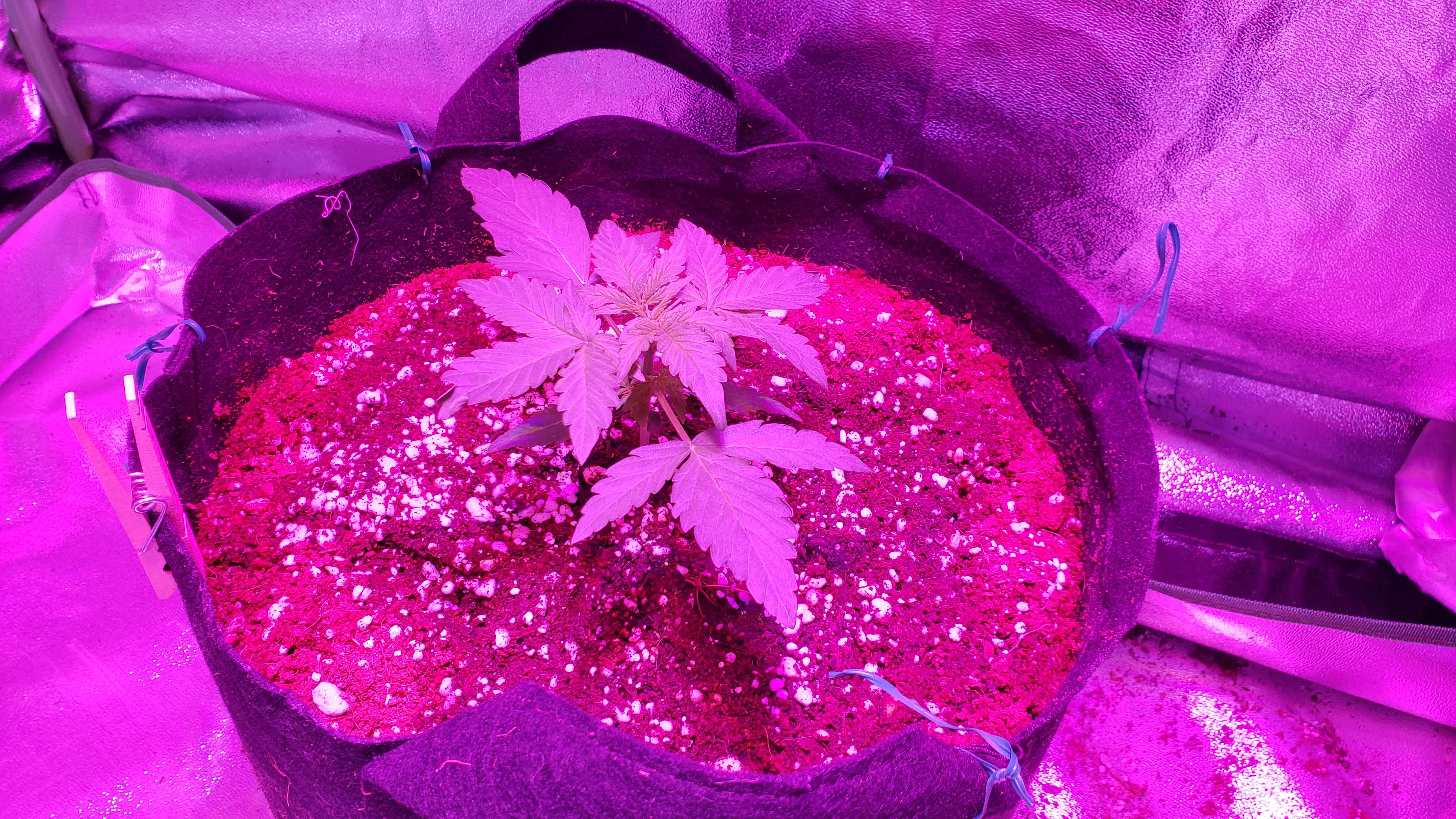 Note that I try my best to take the pictures from similar distances so that you can relate the size of the plants to each other. 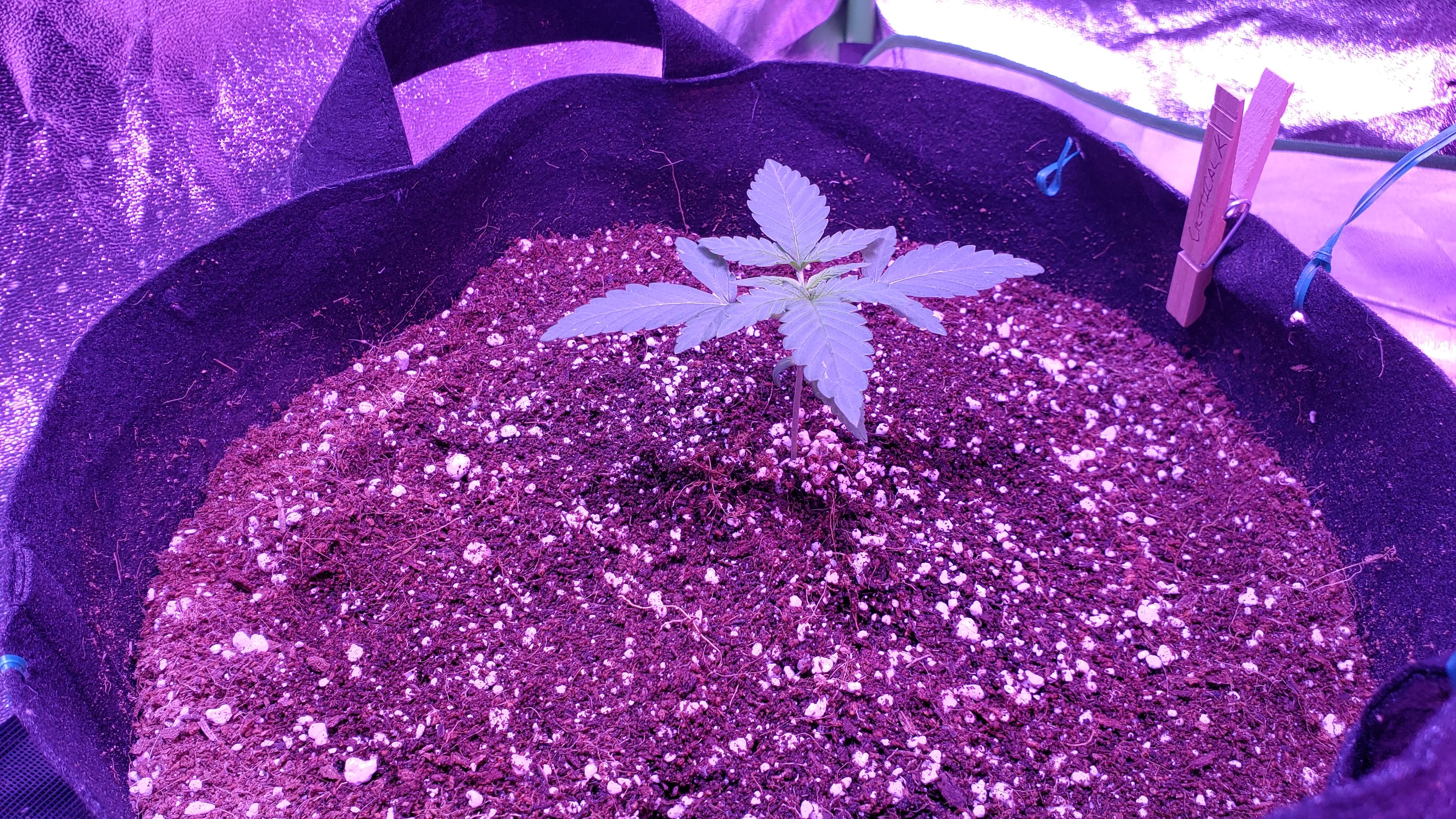 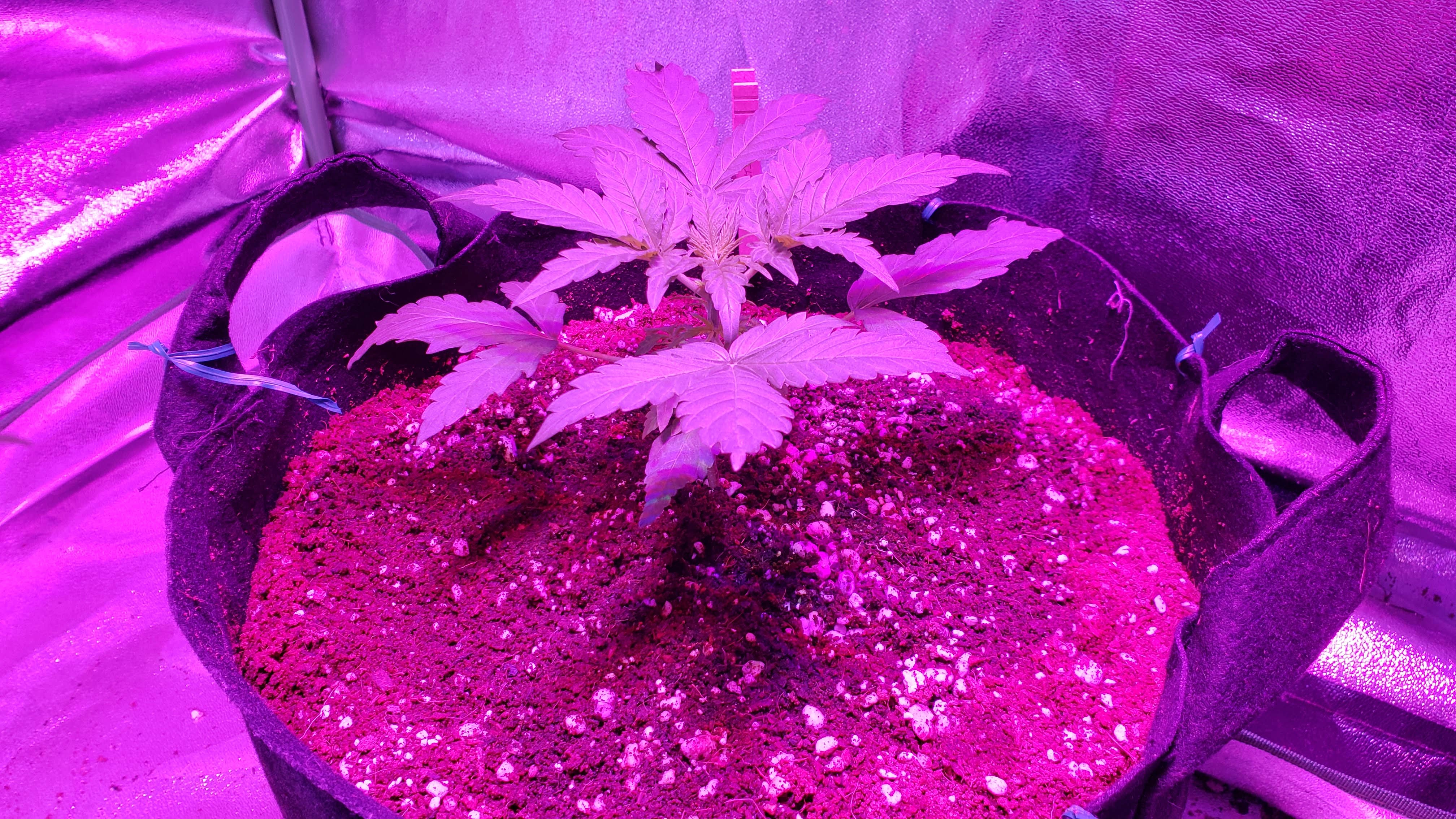 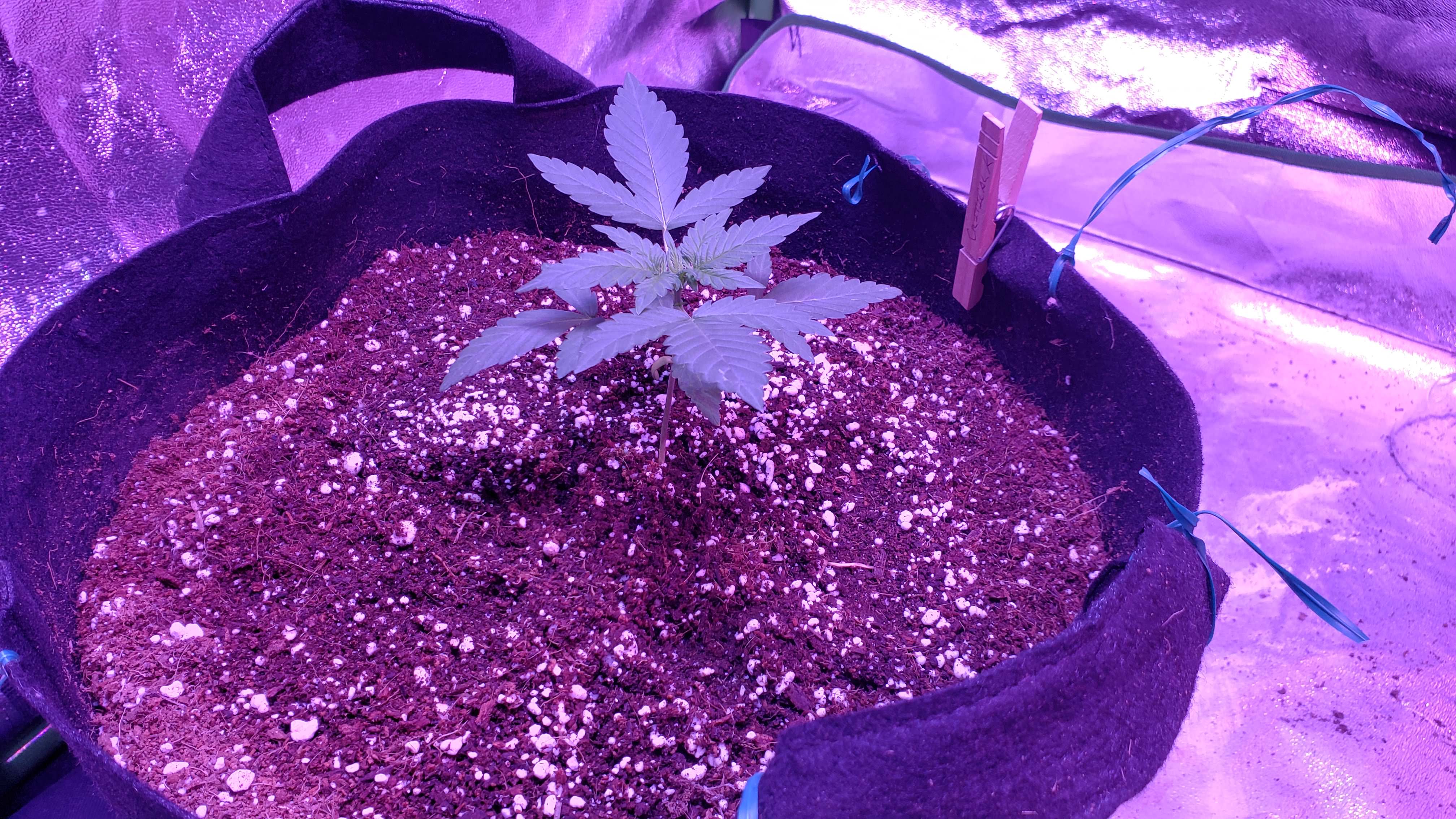 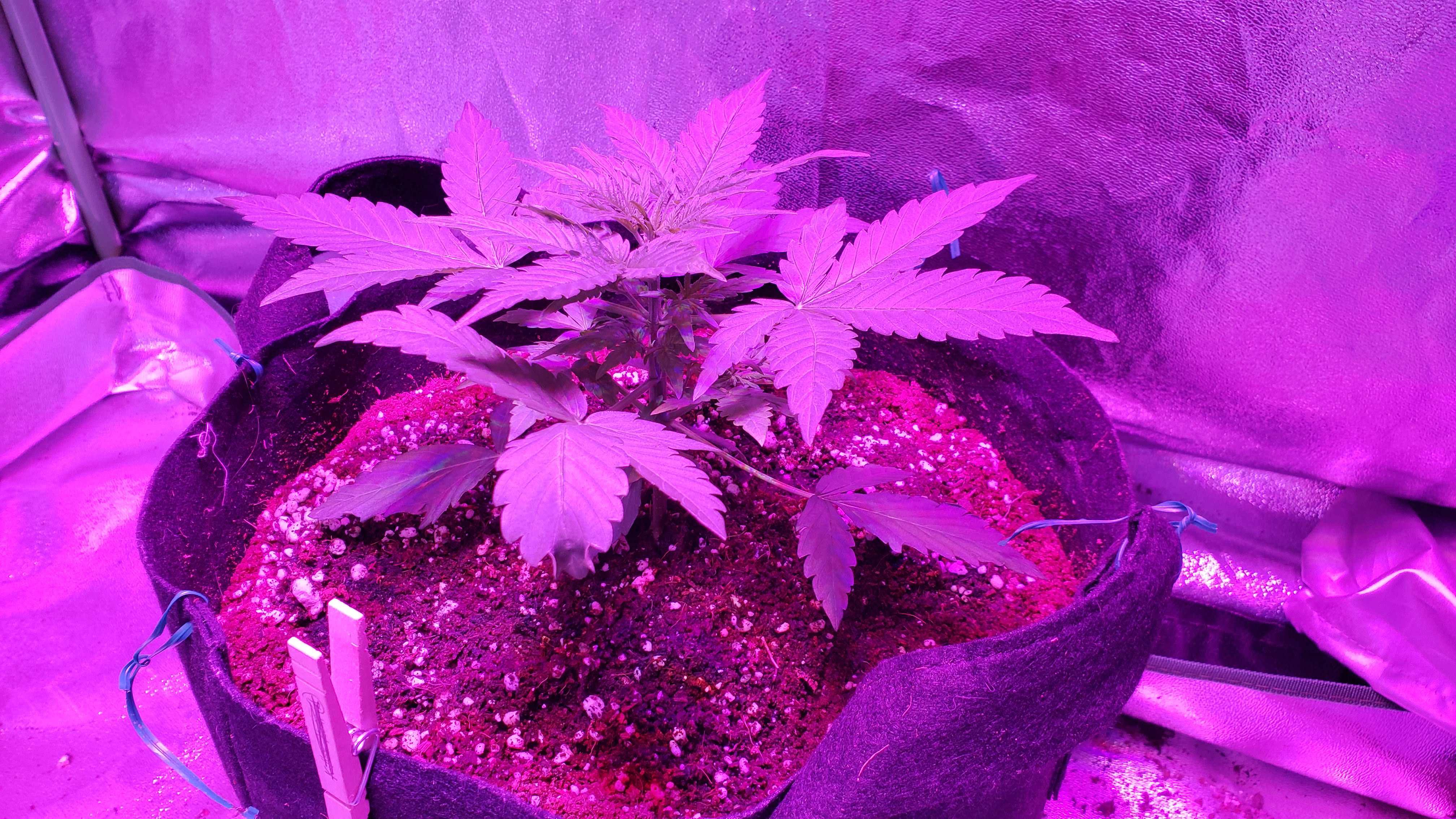 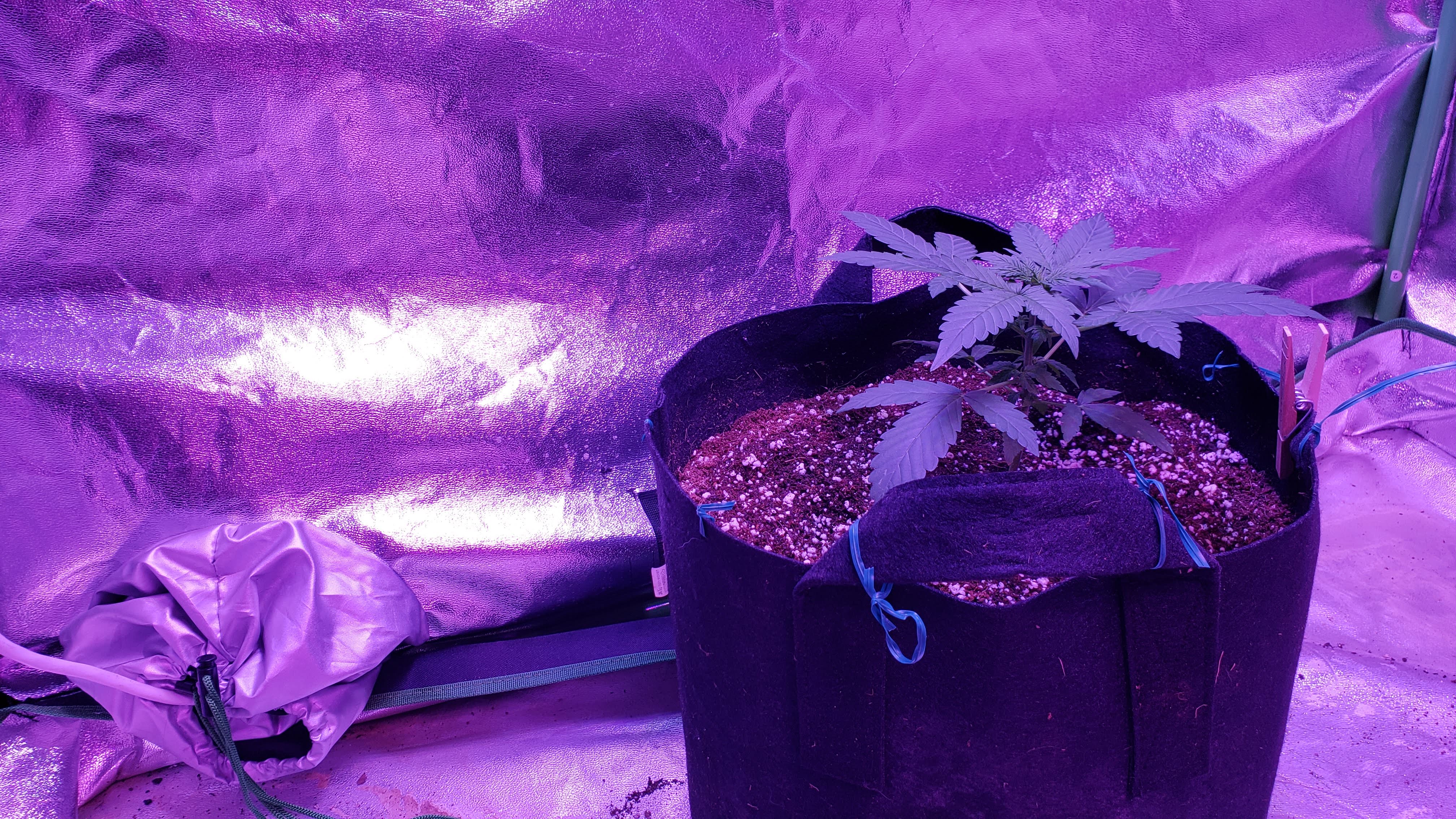 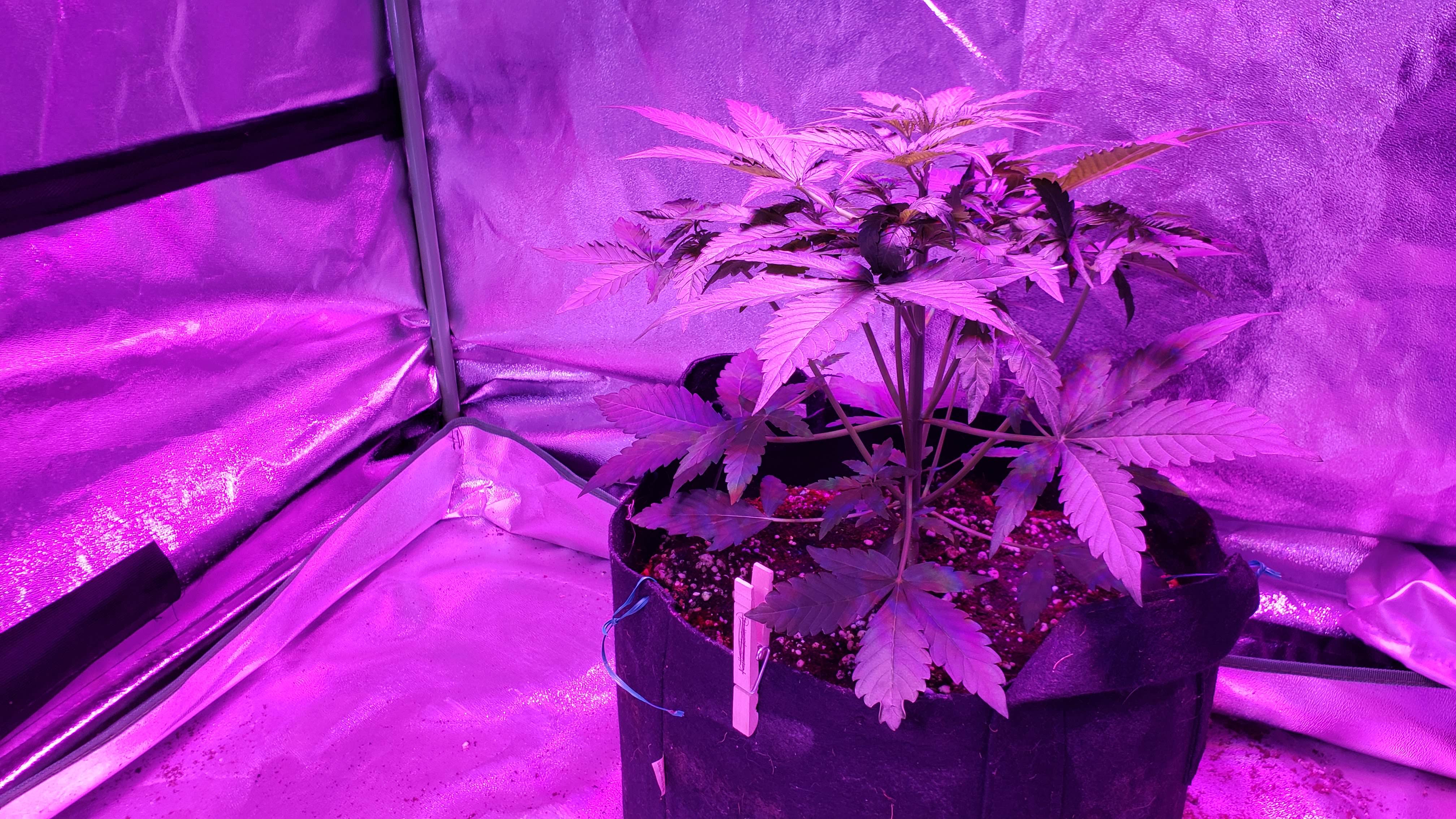 I'd be lying if I didn't say I was a bit impressed at this point. I decided to take out the yard stick to show a better size comparison. 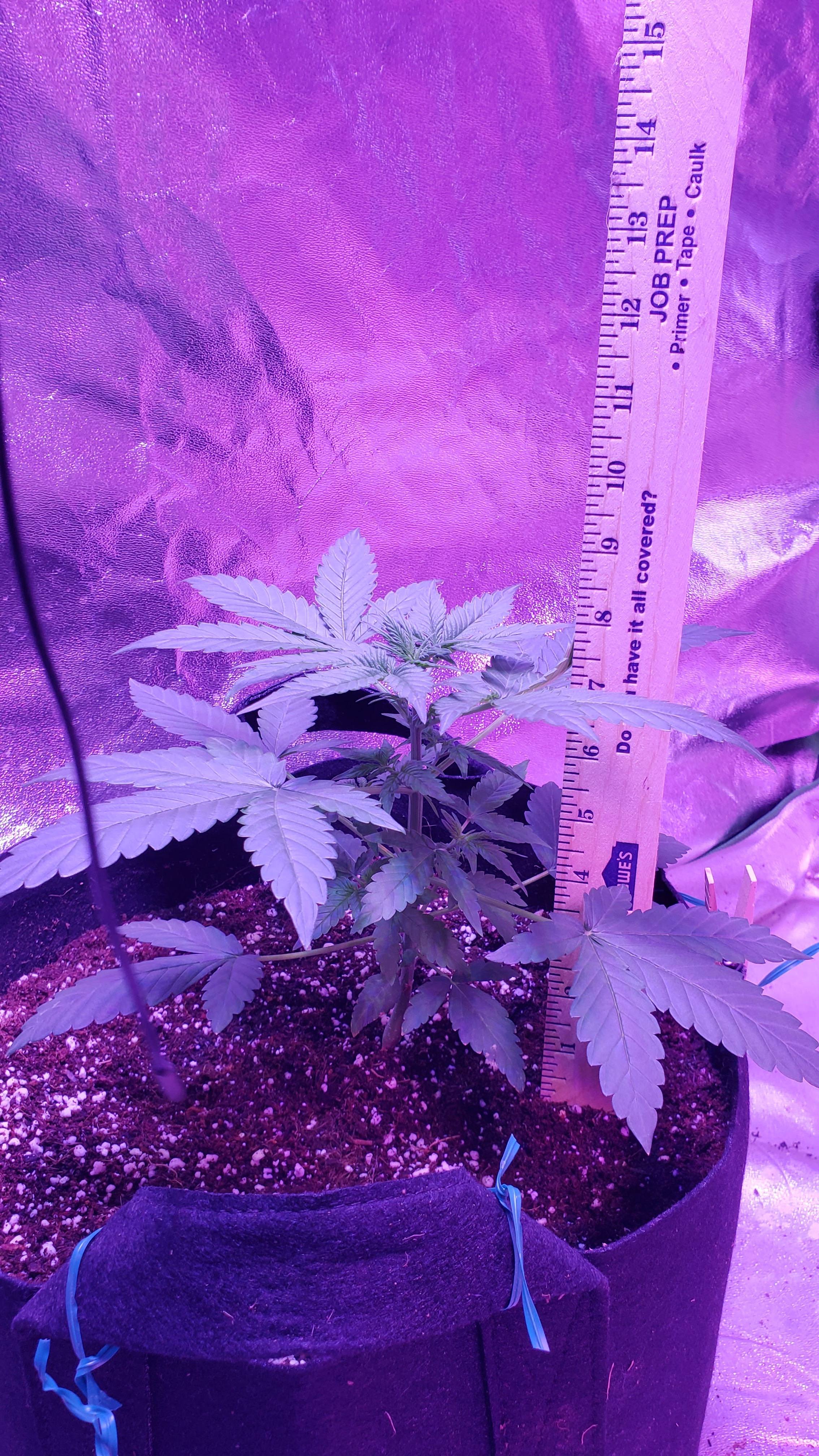 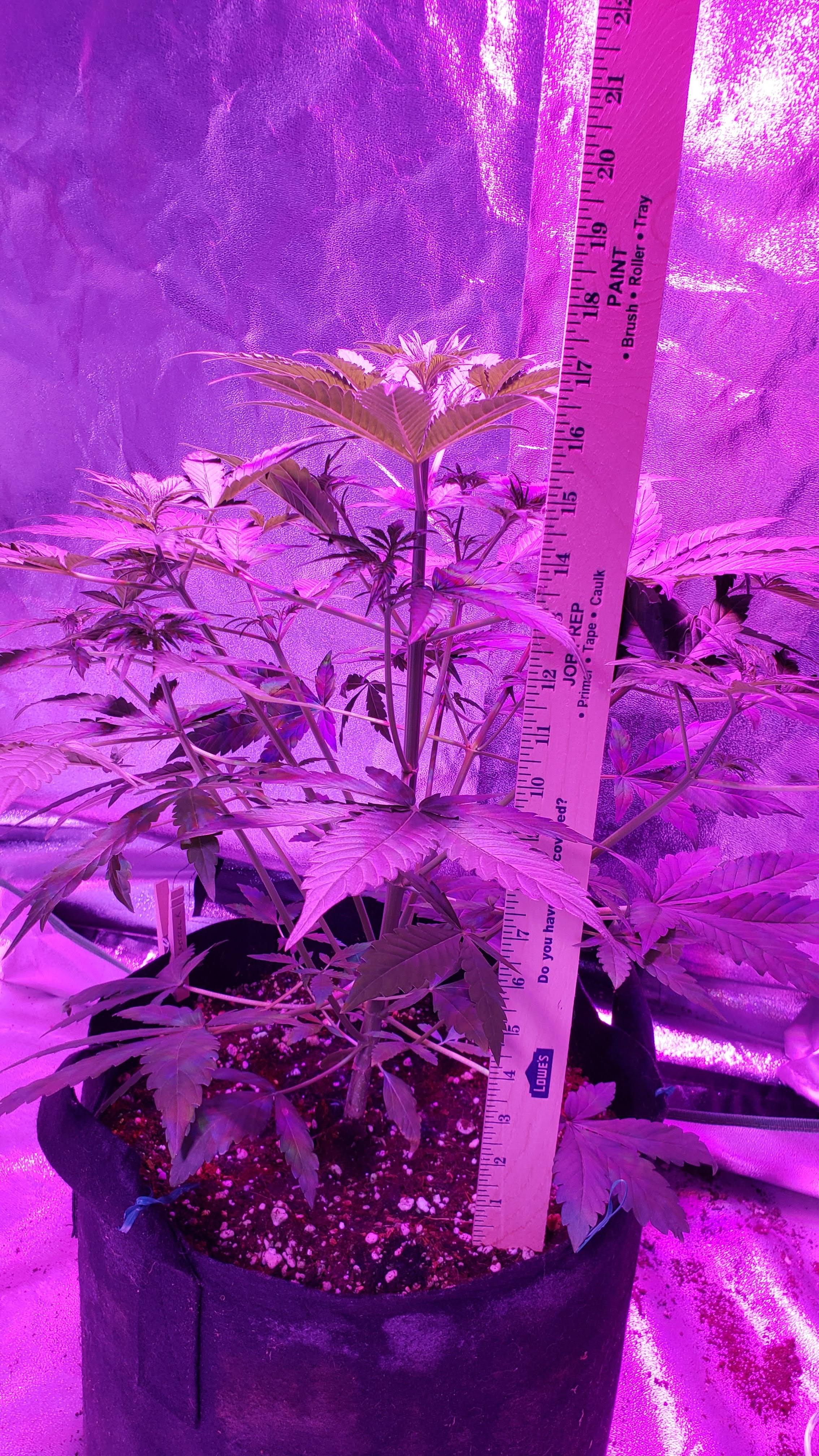 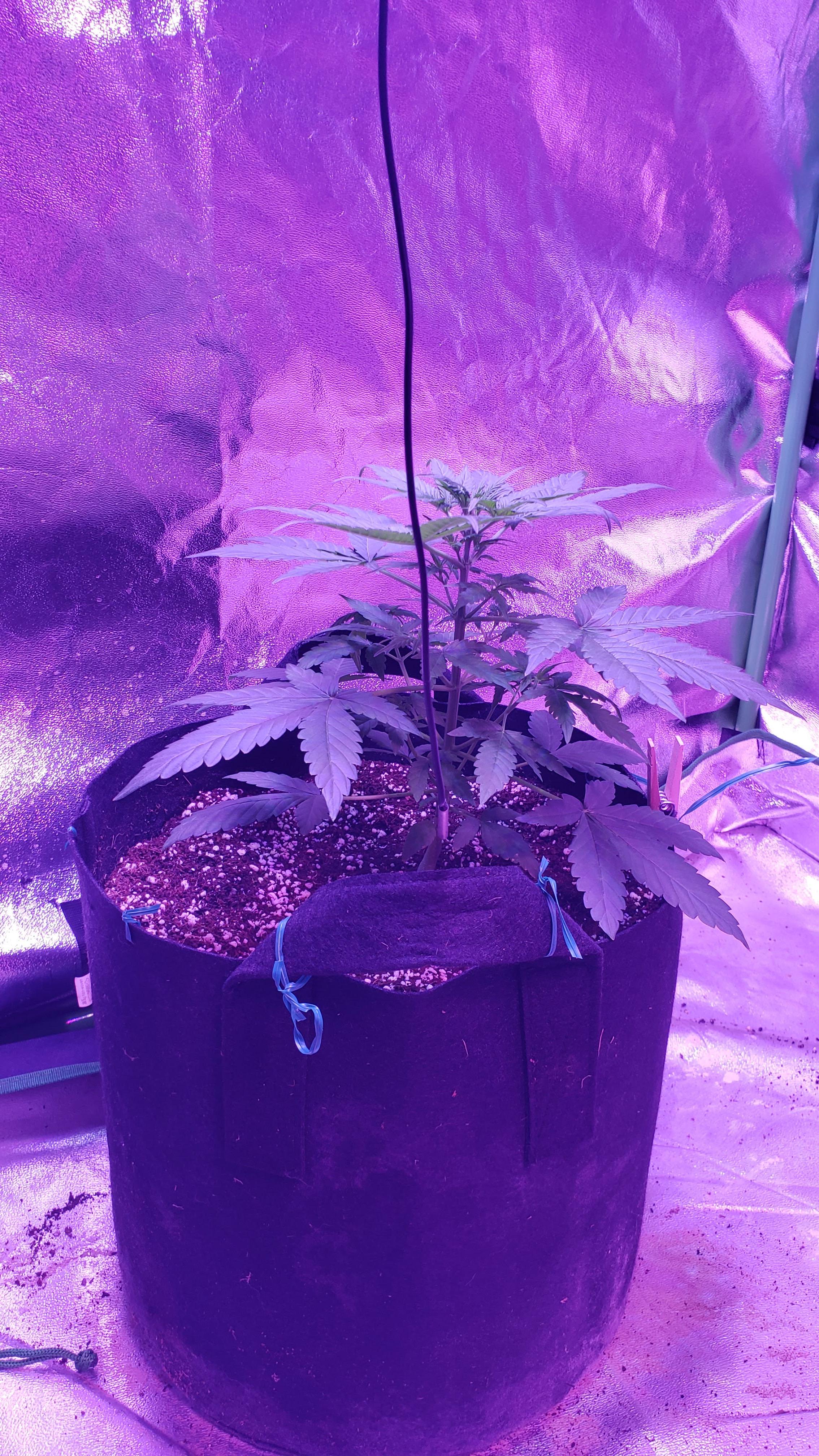 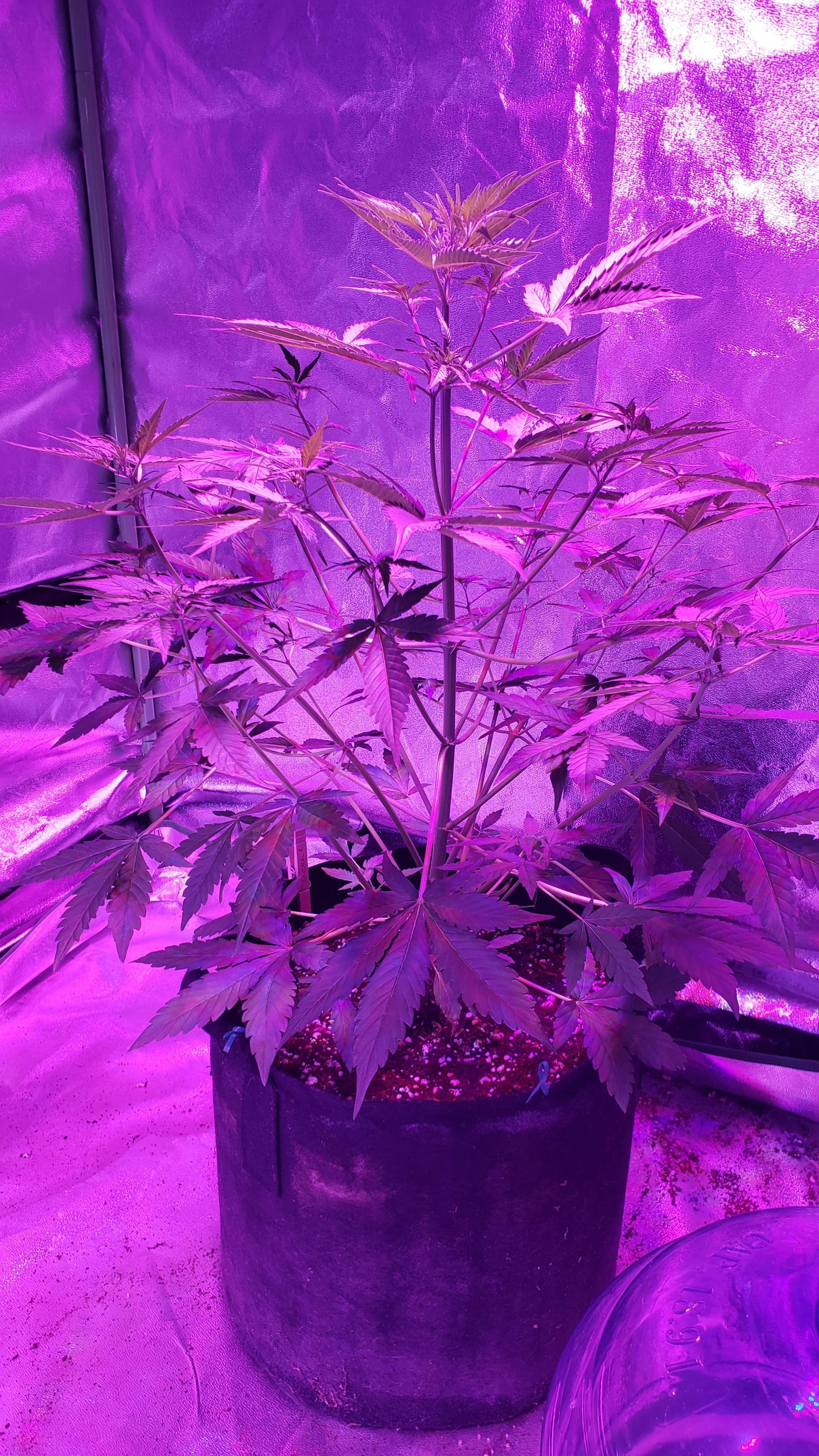 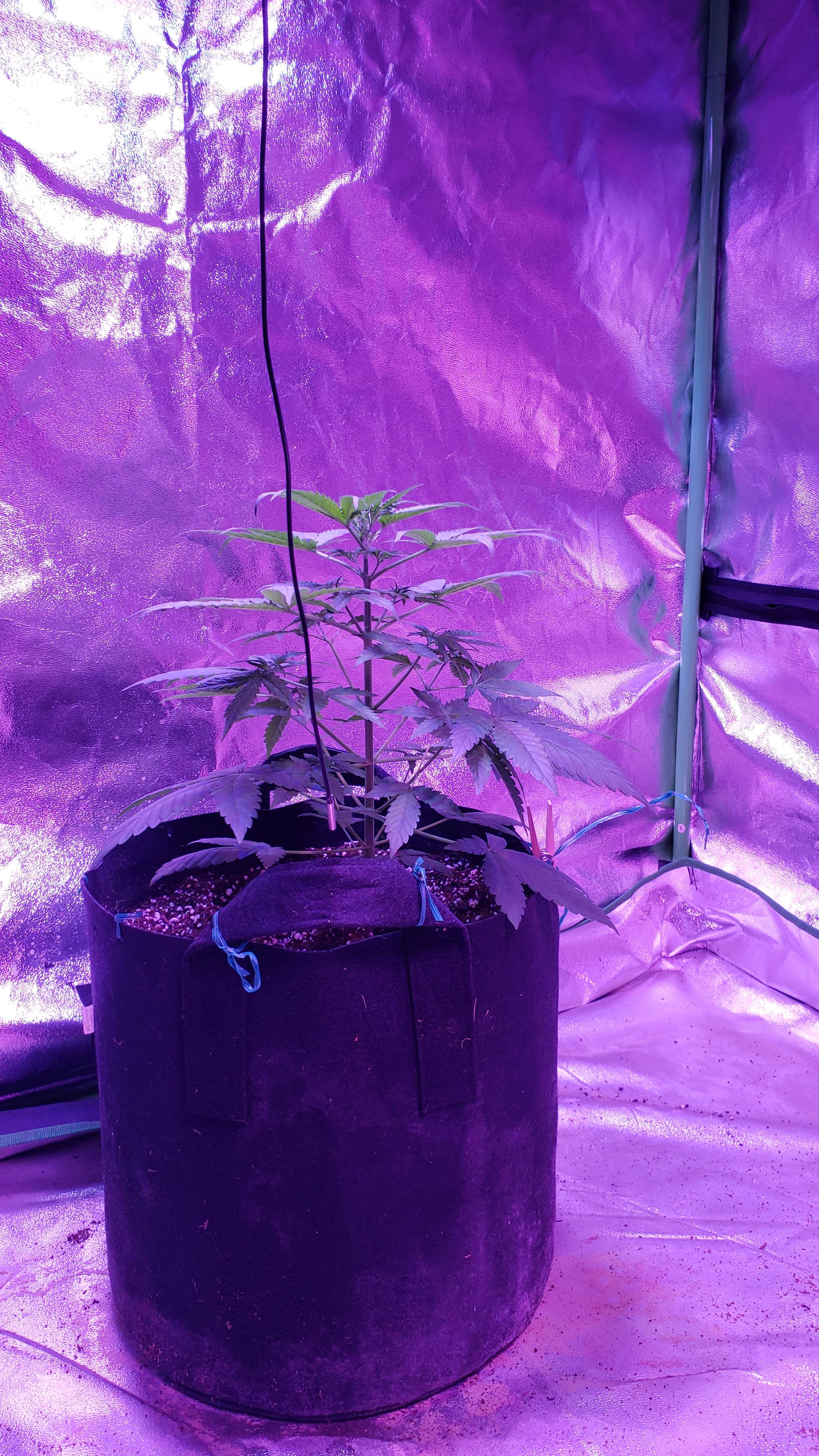 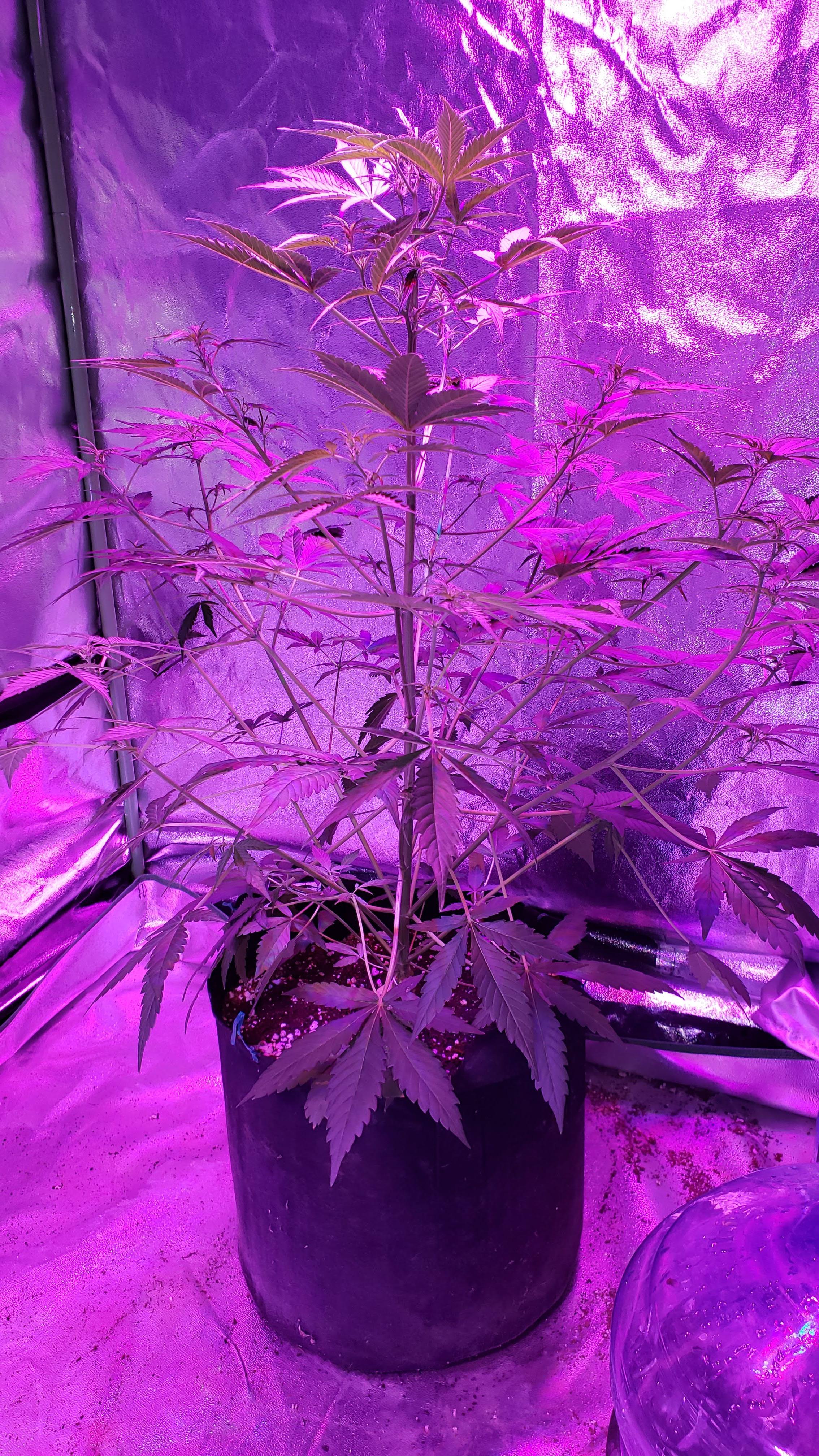 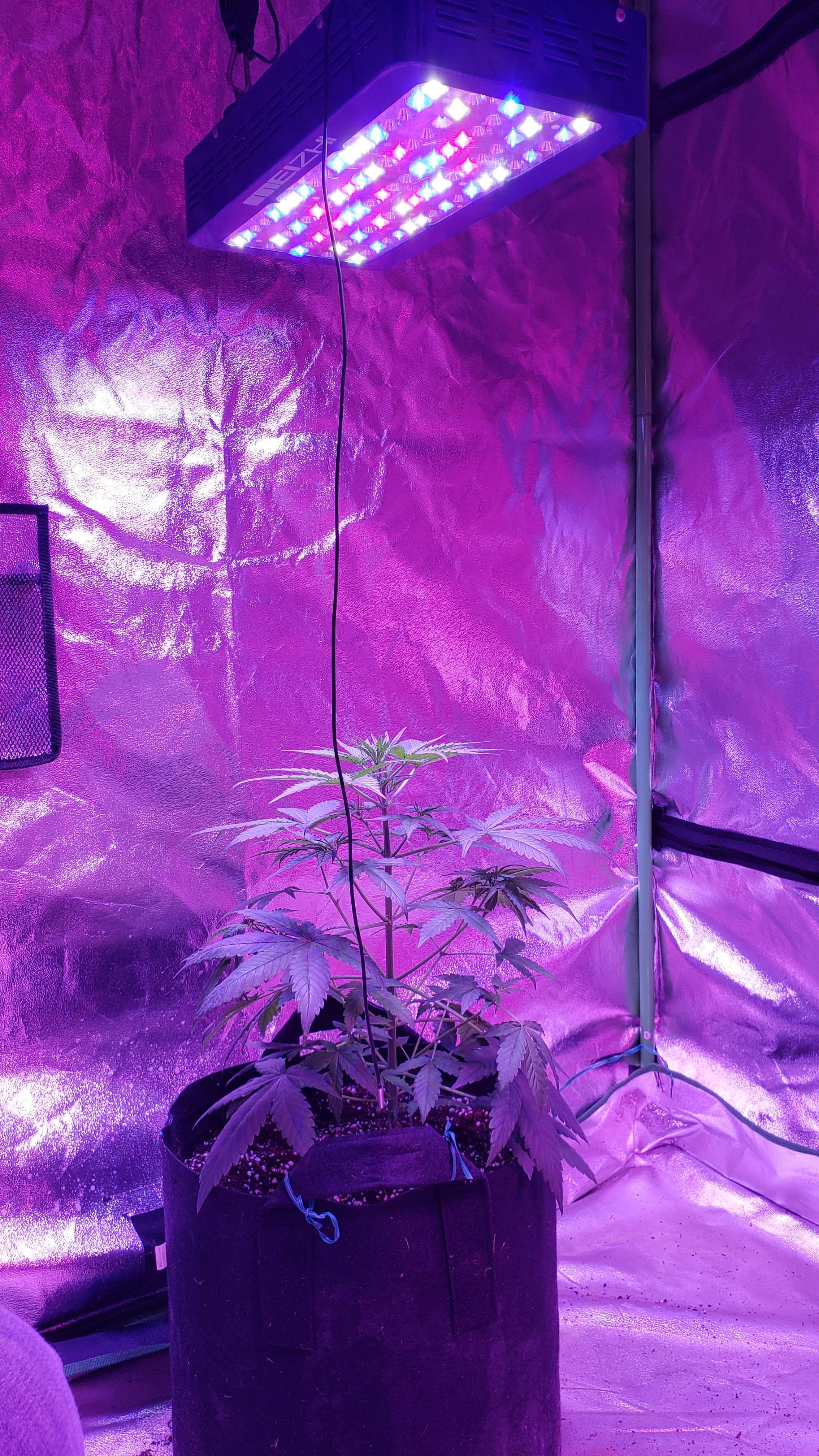 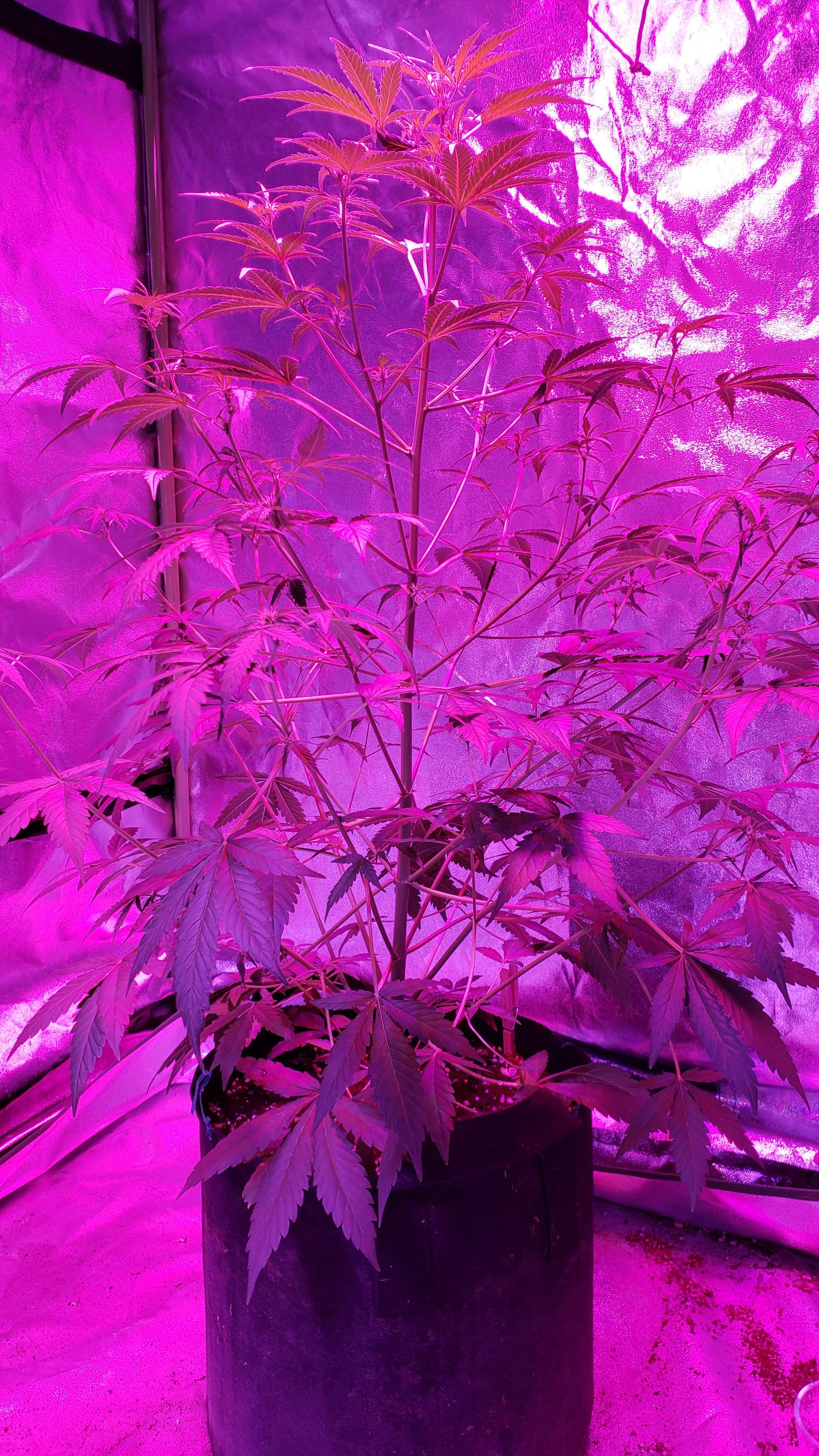 Day 42, sort of an overhead shot. hard to see the height difference. 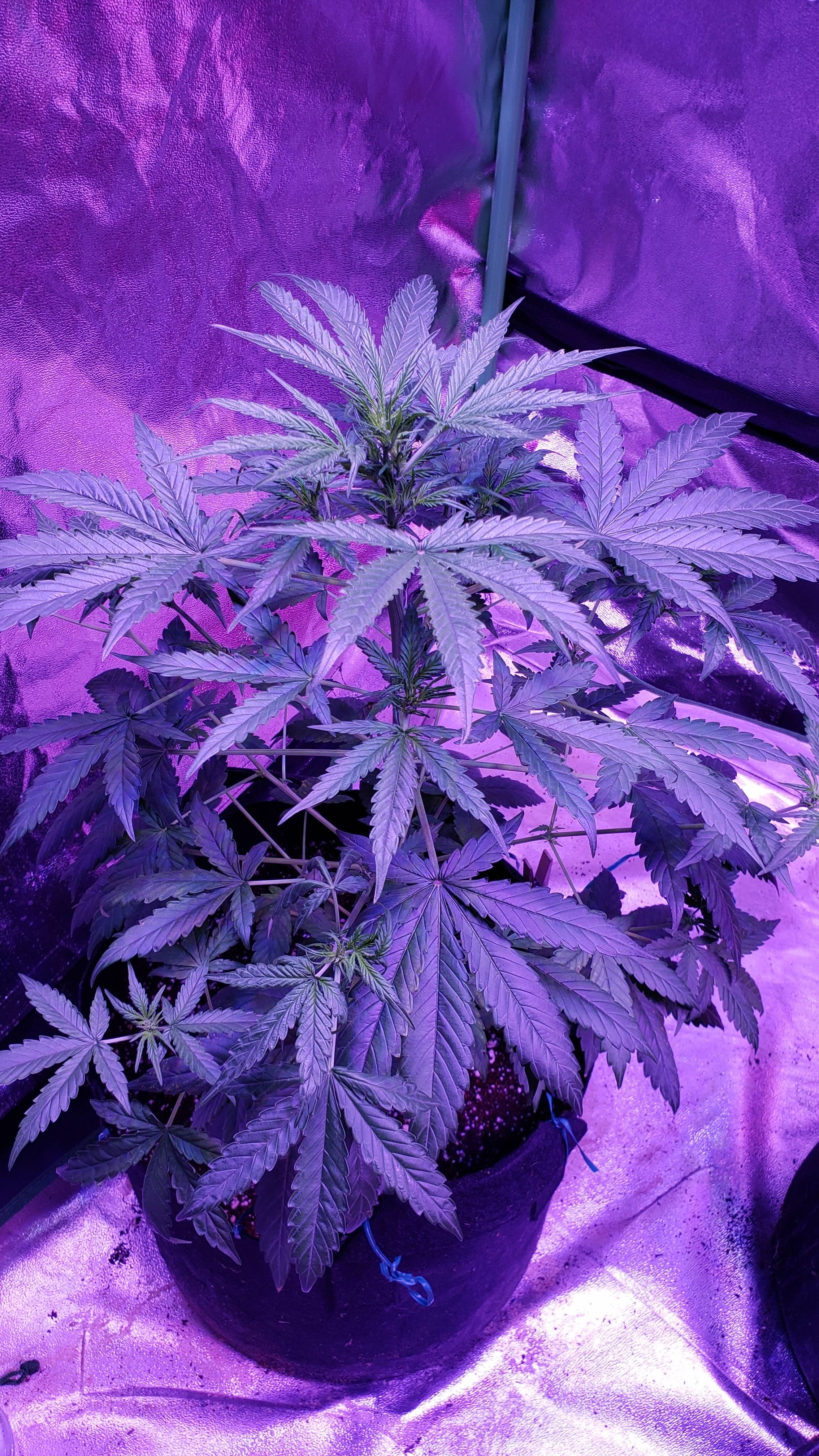 P300 - As you can see she is now flowering and the Flower light has been flipped on. 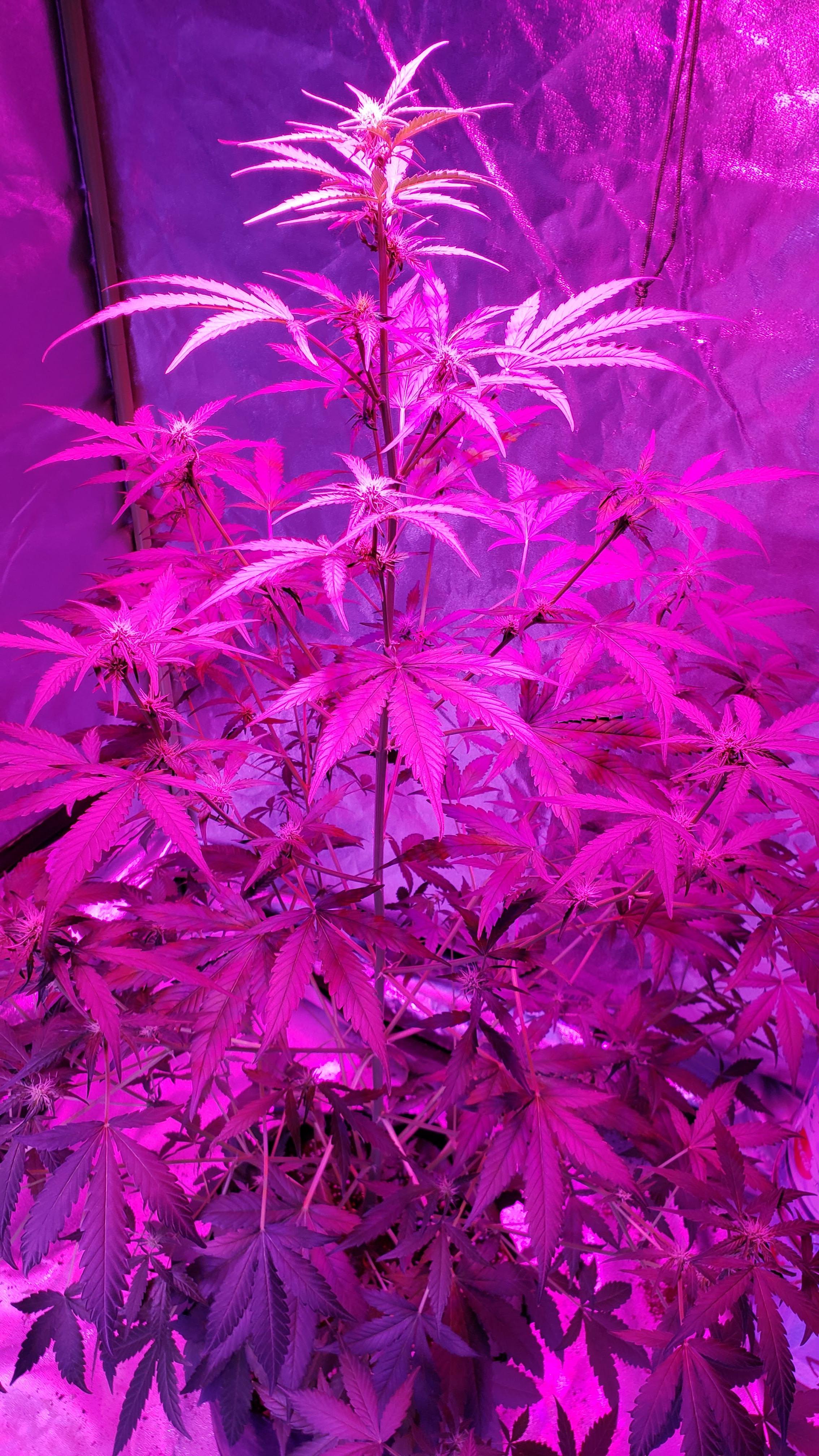 It's now day 45. Look for an update tomorrow!

It's all in your head.

Day 42, sort of an overhead shot. hard to see the height difference.

P300 - As you can see she is now flowering and the Flower light has been flipped on.

It's now day 45. Look for an update tomorrow!
Click to expand... 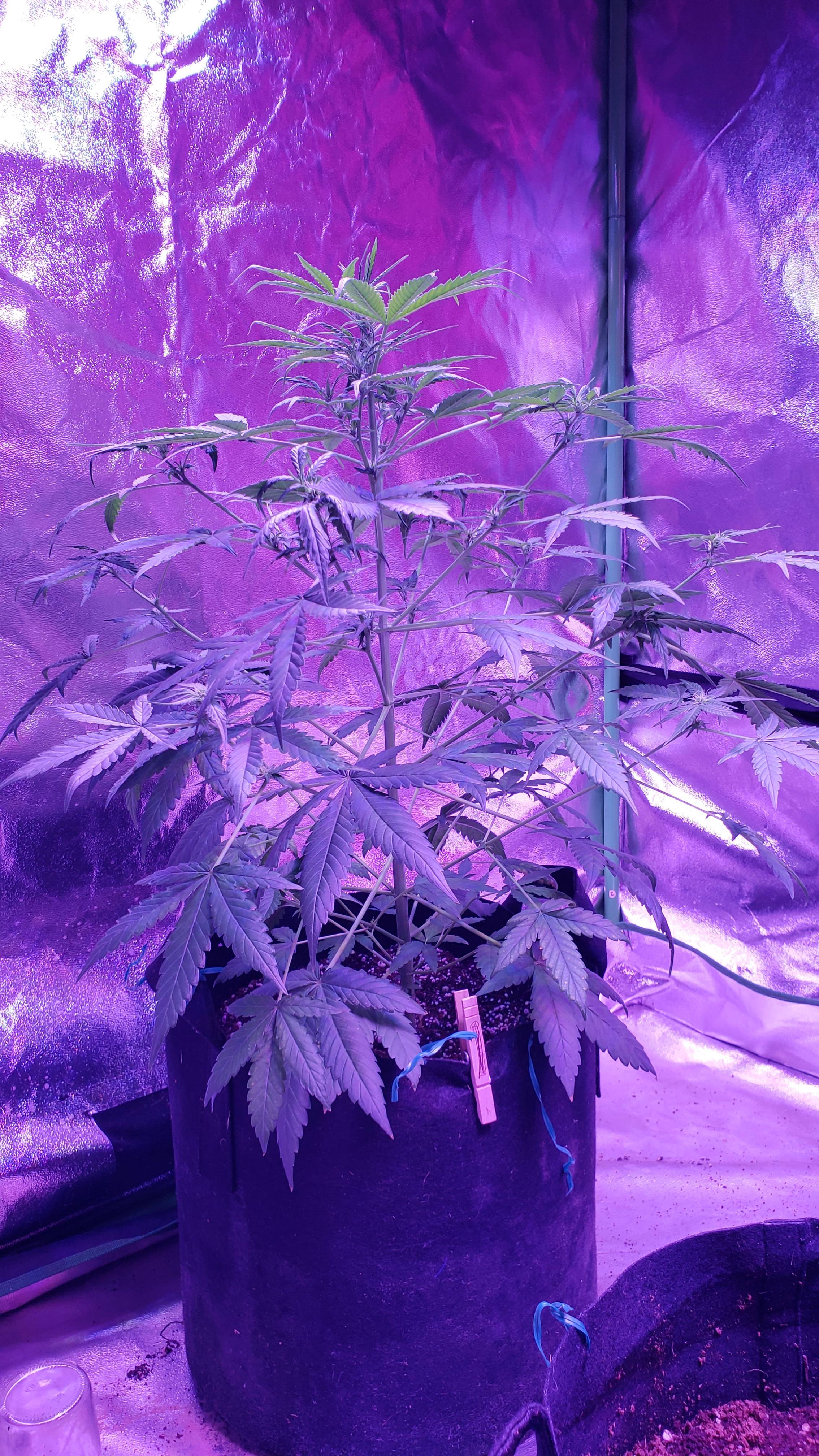 P300: The down side to not topping; I'm running out of room. 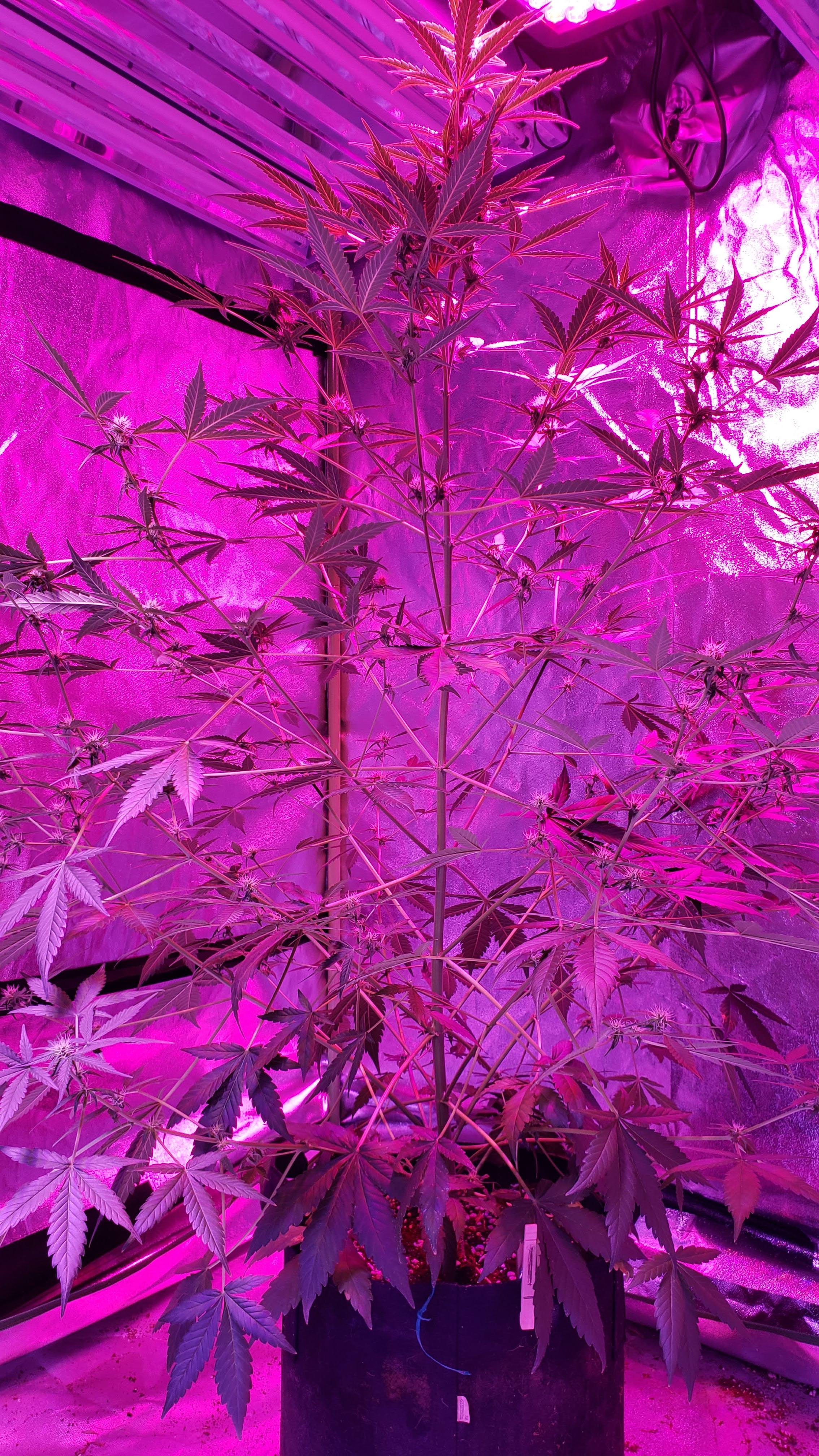 Here's a shot of the bubblelicious under the Viperspectra. It's hard to tell from the pics, but it's a decent bit bigger than the Meizhi plant. This could be strain related however. 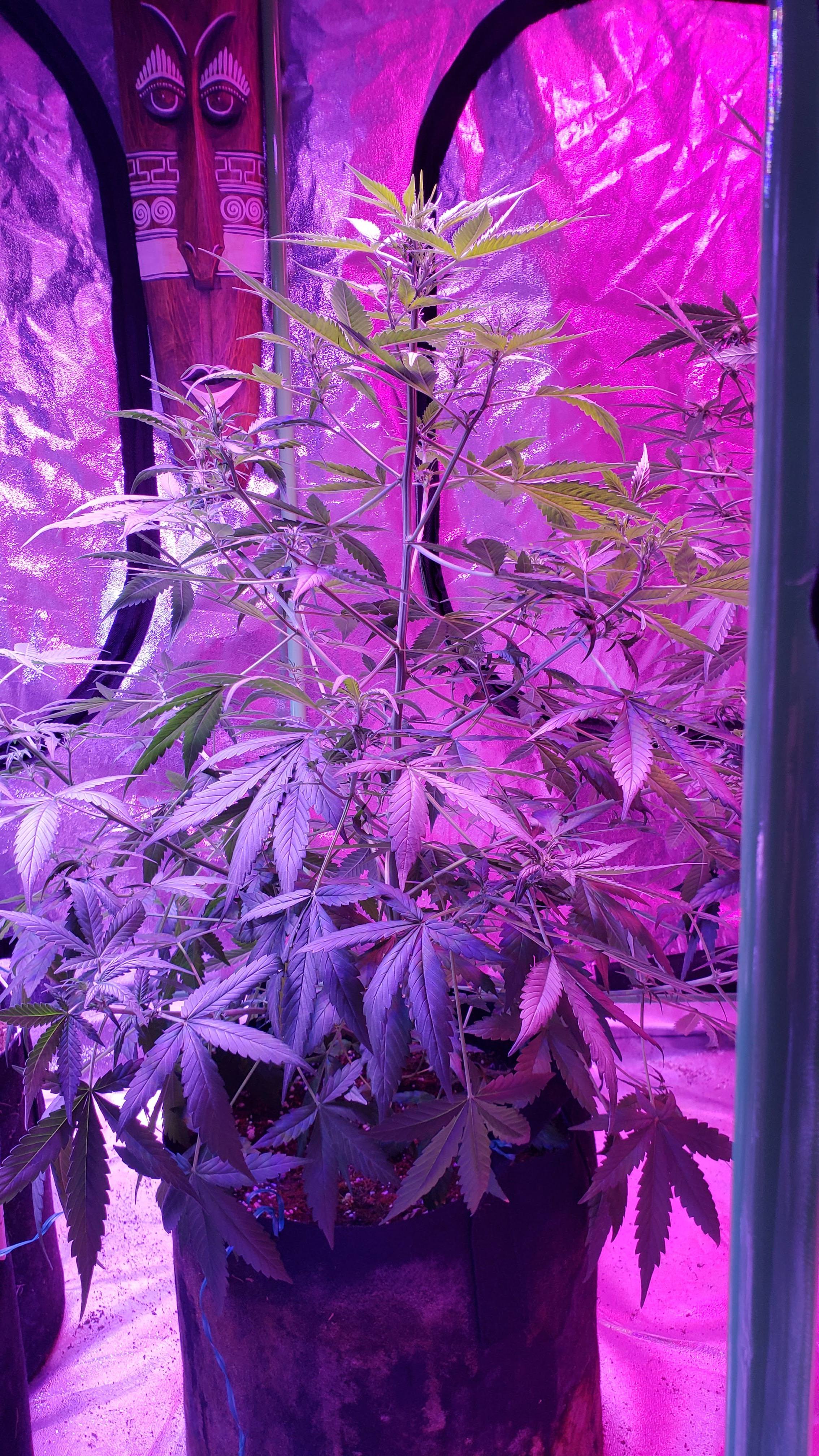 Wow...great pictures and comparison @MARLEY. I'm really looking forward to see how those ladies fill out. Thanks for sharing!

Wow...great pictures and comparison @MARLEY. I'm really looking forward to see how those ladies fill out. Thanks for sharing!