Great job Marley! It is a good light

Hey everyone, time for another update.

Amazingly, the plant under the Platinum has finished and was cut down last night. It's currently drying and the final weight will be posted in a few days. At this point I obviously can't post comparison pictures between the two plants/lights, but when the plant under the Meizhi finishes I will post it's final dry weight as well.

Here you can see a few of the buds from under the Platinum light. 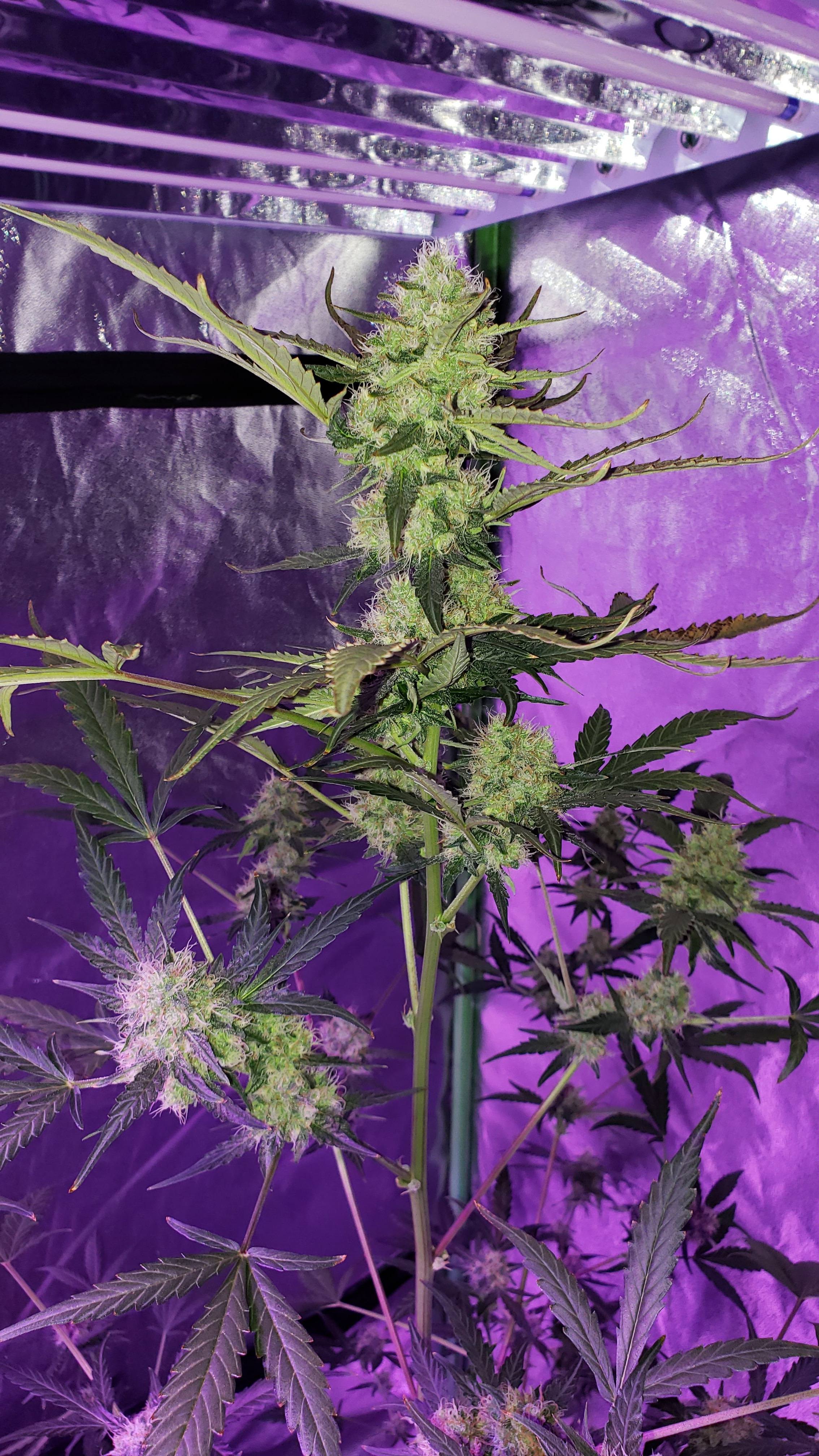 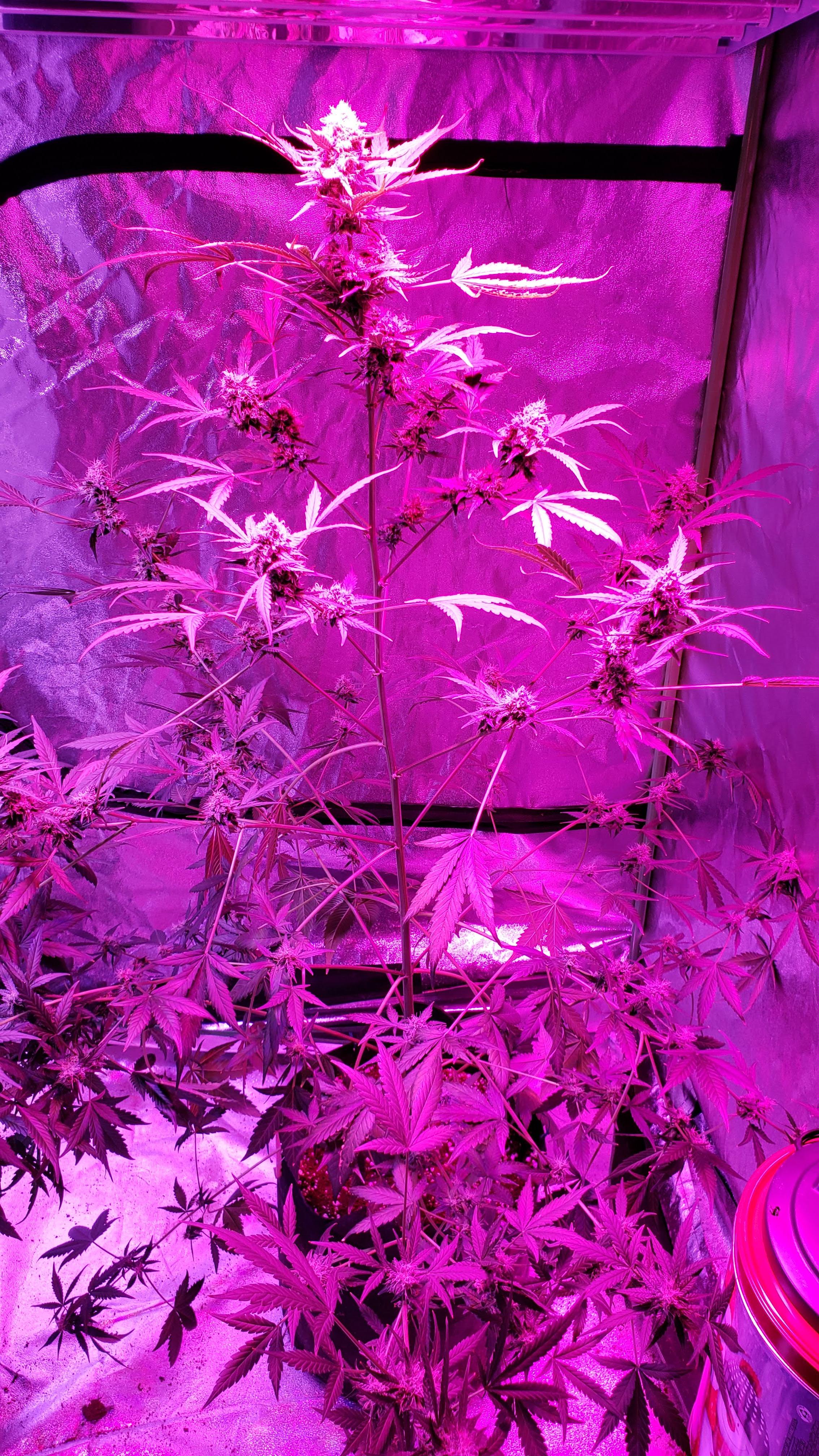 And here's the latest pic I've taken of the plant under the Meihzi. 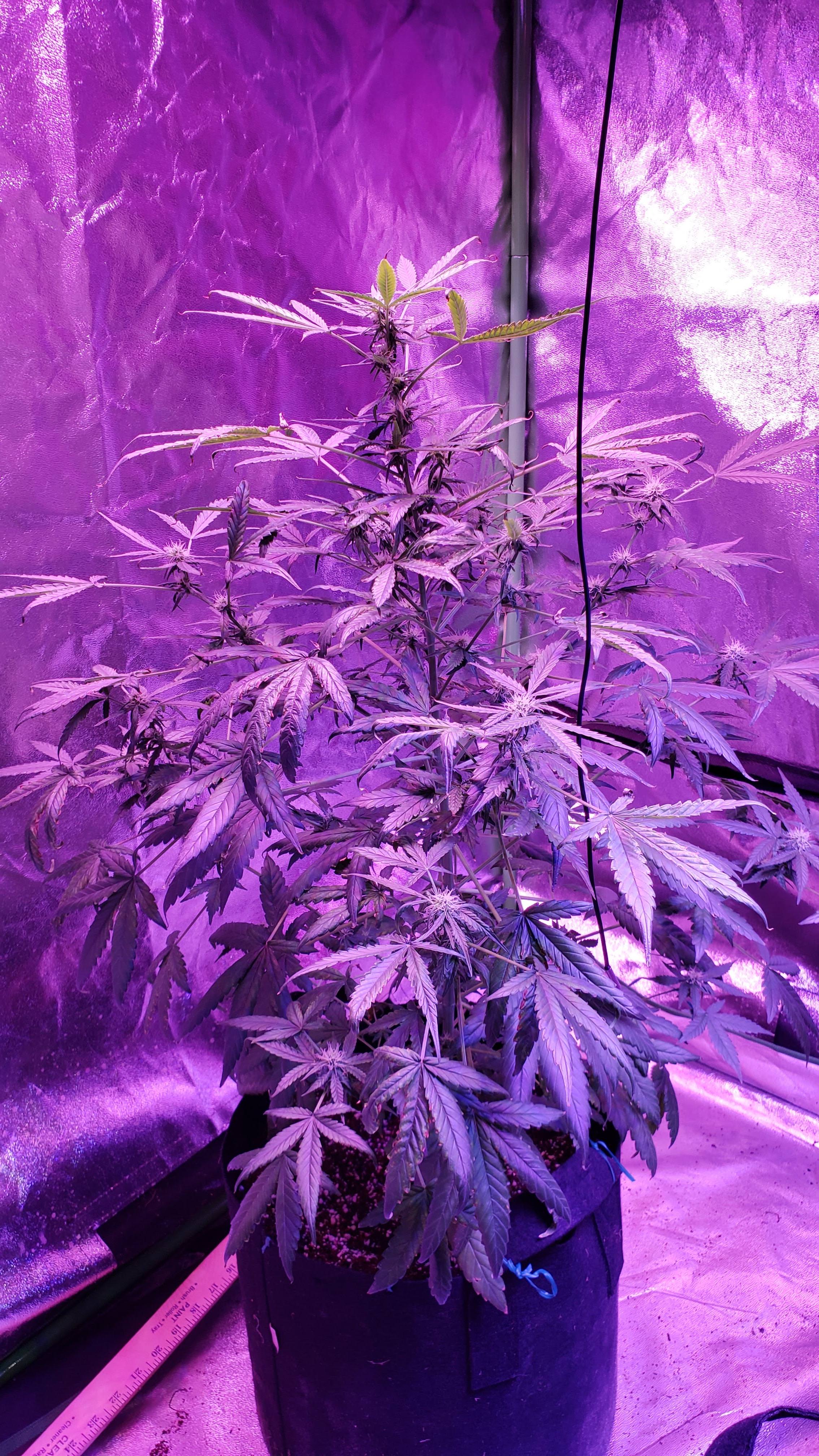 One thing to keep in mind is that I followed the included recommended heights from Platinum and I believe I could have lowered the light. I believe the plant stretched more than it needed to due to the heights. Despite that, there was an obvious acceleration in growth compared to what I've seen with any other lights.

Conclusion (minus weight)
Again, I'd like to reiterate that I came into this grow with a sour taste in my mouth for LED's. These are my honest opinions with zero outside influence.

Without knowing the final weight I can honestly say I'm impressed with the Platinum P300. Just looking at that facts: The plant under the Platinum grew faster in veg, began flowering a couple weeks earlier, and has finished weeks earlier. The Meizhi plant has at least 3 weeks left, if not more. I can also say that these where the densest buds I've ever grown.
As I previously said, I did not touch the Critical Kush other than water, nutrients and rotating the plant to see what the light would do by itself. Doing this did not showcase the full potential of the light, but I got a glimpse at what it can do with some adjustments and I'm excited to push this thing. My next mission is to start another grow under the Platinum, lower the lights a bit, and give it all the treatment I would normally do and see what the results are.

Would I recommend the P300?
If you're growing in a smaller space, like a 3x3 or maybe 1 or 2 plants in a 4x4 then this light would be great. For larger areas, I will say that Platinum has proven to me that they have the technology, so I would highly consider one of their larger lights or multiple P300's. This opportunity to test the P300 has really made me reconsider LED's, especially when considering the heat difference in the summer between my CMH tent and the LED tent I set up for this grow.


Stick around and I'll post the final weight of the 2 plants to conclude this test. I also plan on creating another thread for the next grow where I'll strive for the biggest yield I can get out of it...and if there's enough interest, I could be swayed to do another grow off, but this time between the Platinum and a CMH.

That's a great looking plant! I agree, the buds under the p300 for me were the most dense I have ever grown.

Awesome update @MARLEY. Can't wait to see what the final weight turns out to be. Have a great weekend!

"One thing to keep in mind is that I followed the included recommended heights from Platinum and I believe I could have lowered the light. I believe the plant stretched more than it needed to due to the heights. Despite that, there was an obvious acceleration in growth compared to what I've seen with any other lights."

Awesome looking plants Marley! Thanks for sharing. It's always good to keep in mind that different strains will have genetics form all over the world. The hanging height recommendations are some basic guidelines. We always recommend staying in-tuned to your plants, to make sure they are happy, healthy and praying towards the light. If the show signs of stretching move the light closes, and move if further away if there are any signs of stress. Still looking forward to watching your girls grow!

Ok, sorry for the wait but it took a lot longer for the plant under the Meizhi to finish up.

That's just over twice the yield!

I think I can definitely improve that number. I've currently got a Panama Lime under it now. It's been topped twice at this point. I'll keep updating this thread as she grows.

Currently Smoking
ALL AUTOS BABY and some photos