Hey yall starting a new thread for my Night Owl seeds that will be germing tonight or tomorrow. A Blue Microverse will be going down first. Running two 3500k cobshop cobs and using sohum soil/happy frog / ffof/ roots organics soil.

But until then I have a creme de la chem from mephisto genetics and an exodus cheese auto from Green House seeds on day 33 from sprout, and I am yet to see any preflowers/pistils on them. Cdlc was topped on day 25.
Their sharing the same 8 gal fabric pot. In roughly 5 gallons of soil . The bottom layer of soil is a mix of about 2 gallons of FFOF , Happy Frog and some Sohum living soil.
The top 3 gals of soil is a mix of 2 gallons sohum living soil, one gallon recycled soil , with about a full cup of GreenGro biologicals organic Veg mix and about a quarter cup of their Earthshine biochar blend mixed in as well.
They were fed Tiger bloom and Overdrive for the first time 2 days ago, before that they were only recieving mammoth p, green aminos and fish shit. I'm thinking they might be in preflower but just not throwing any hairs ?

I have a mutated 3 Bears OG from Mephisto on day 67 from sprout, just beginning to swell and not showing any amber yet, but began flushing her day 64. Has a Sour sweet smell with a kind of onion scent behind it. 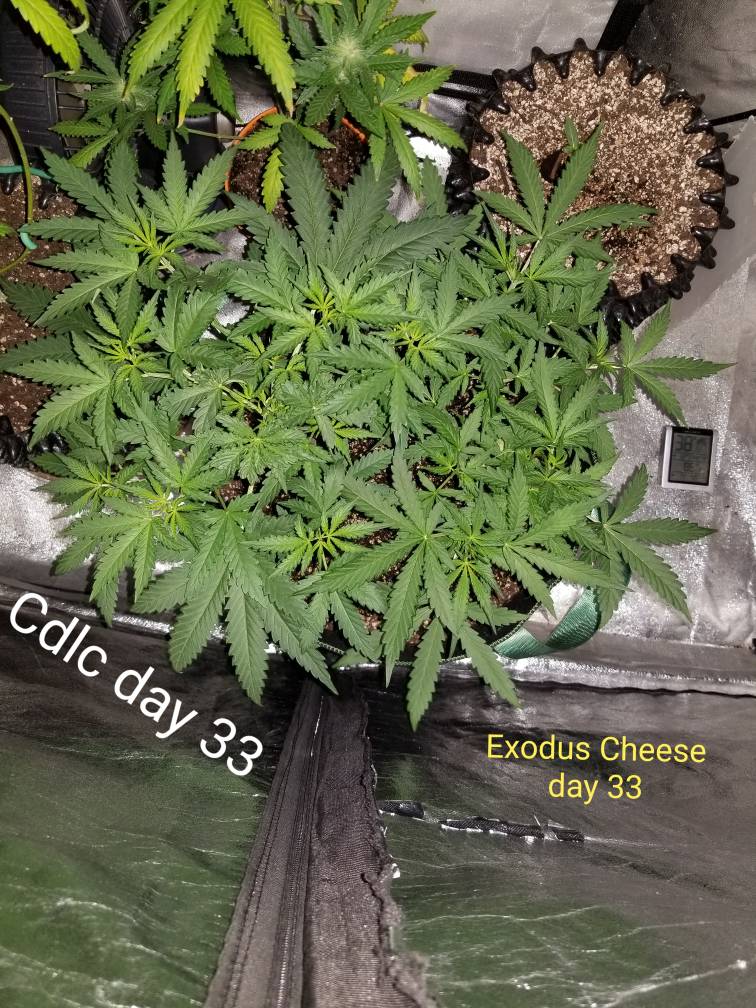 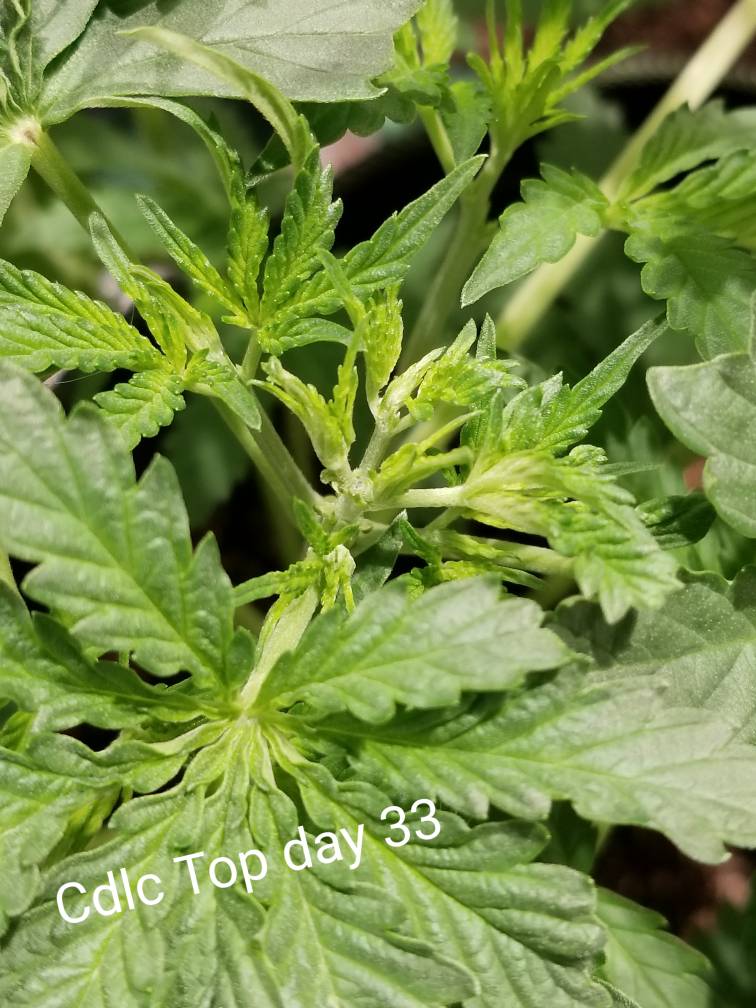 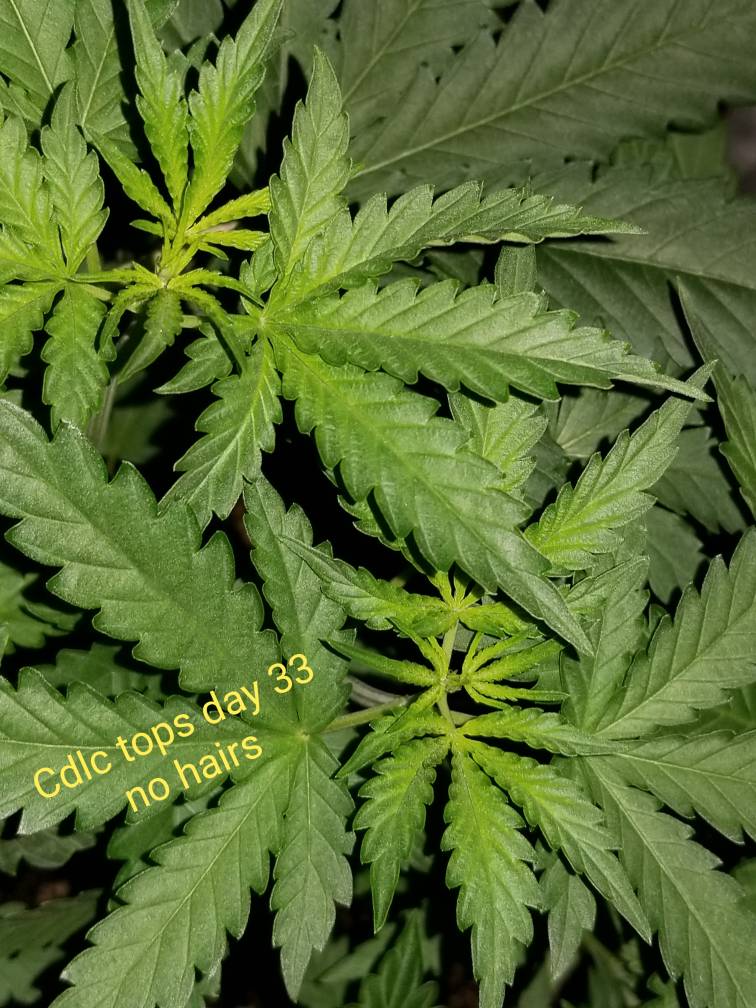 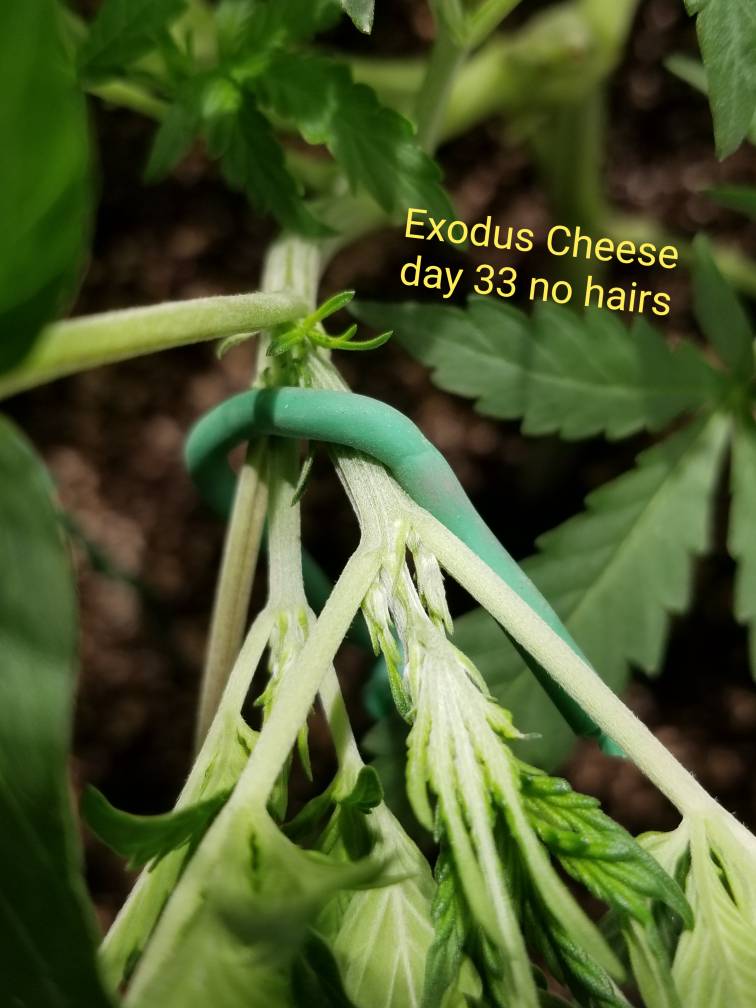 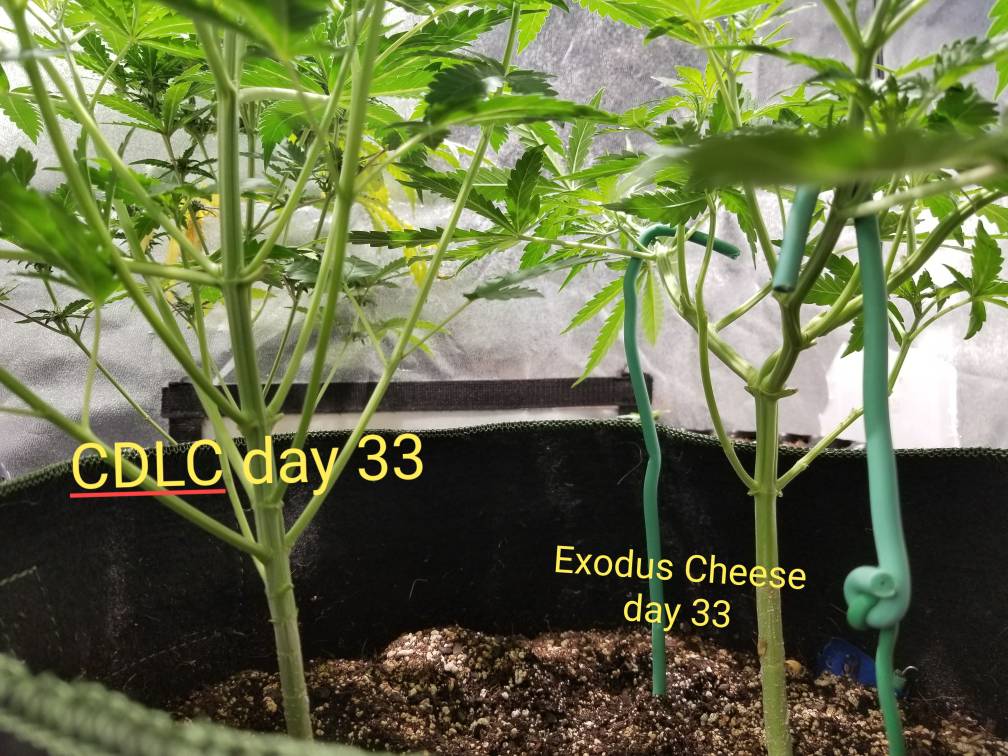 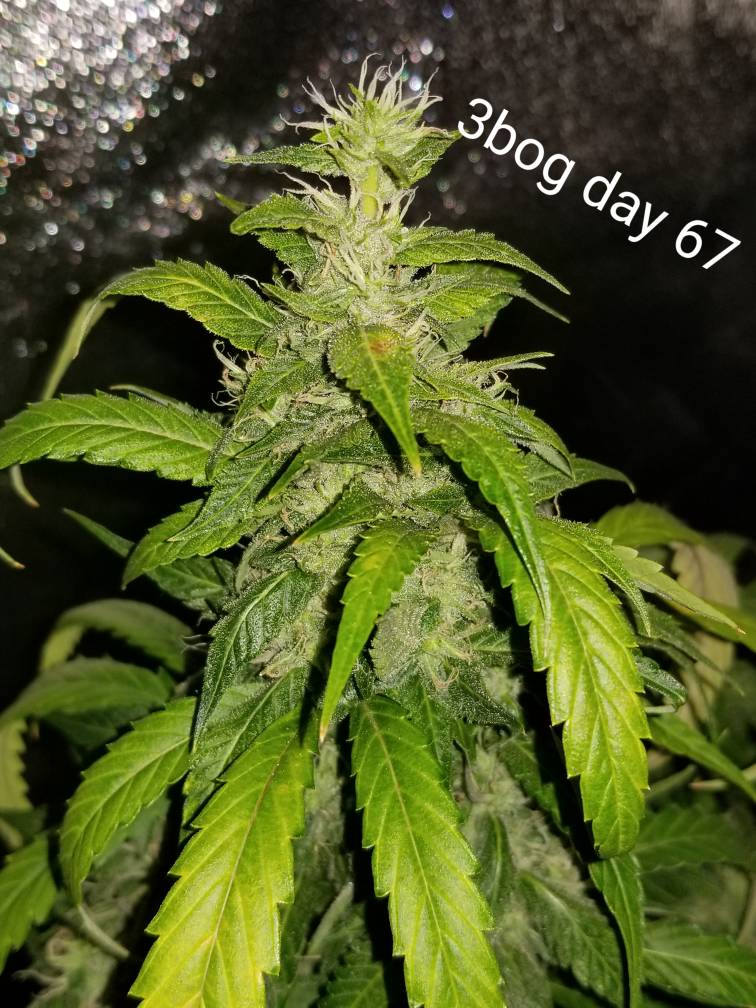 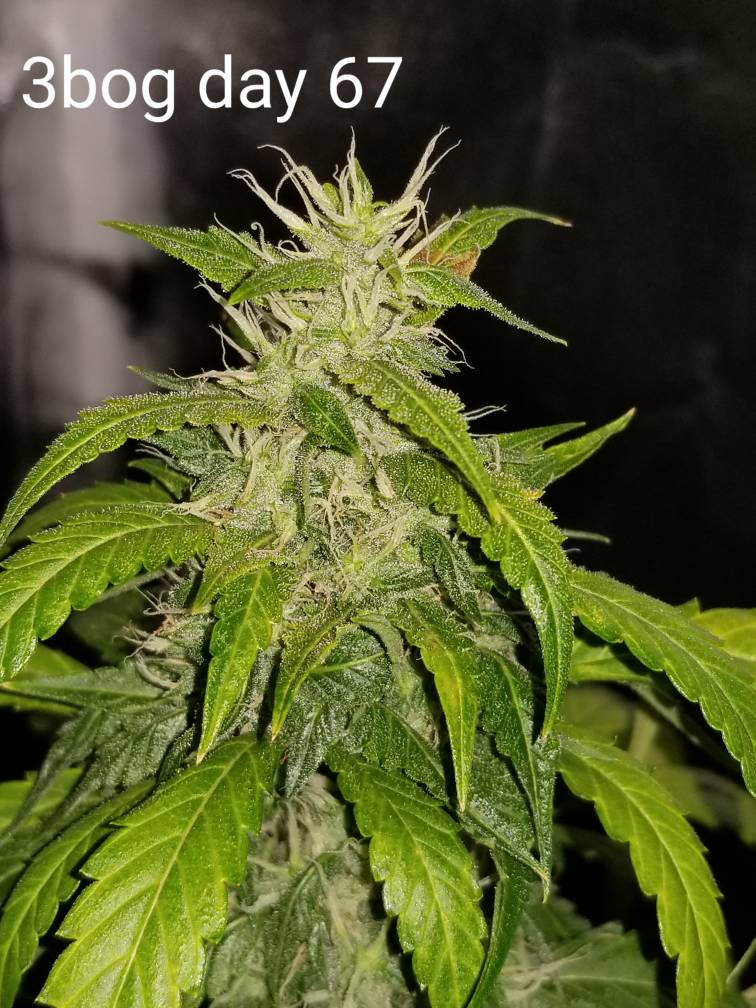 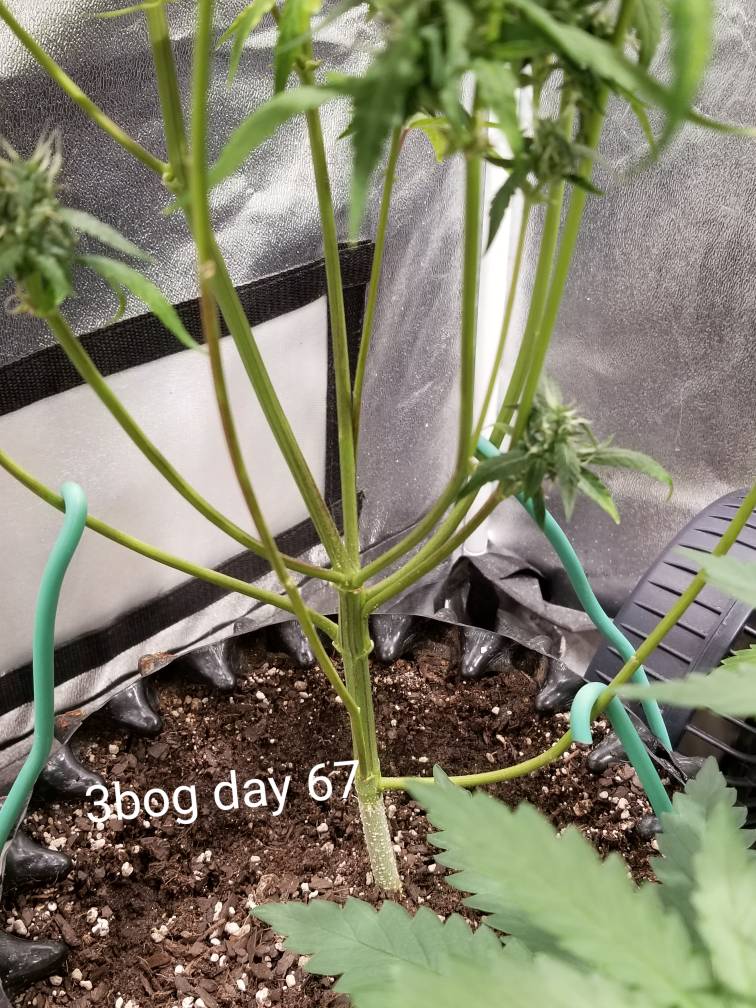 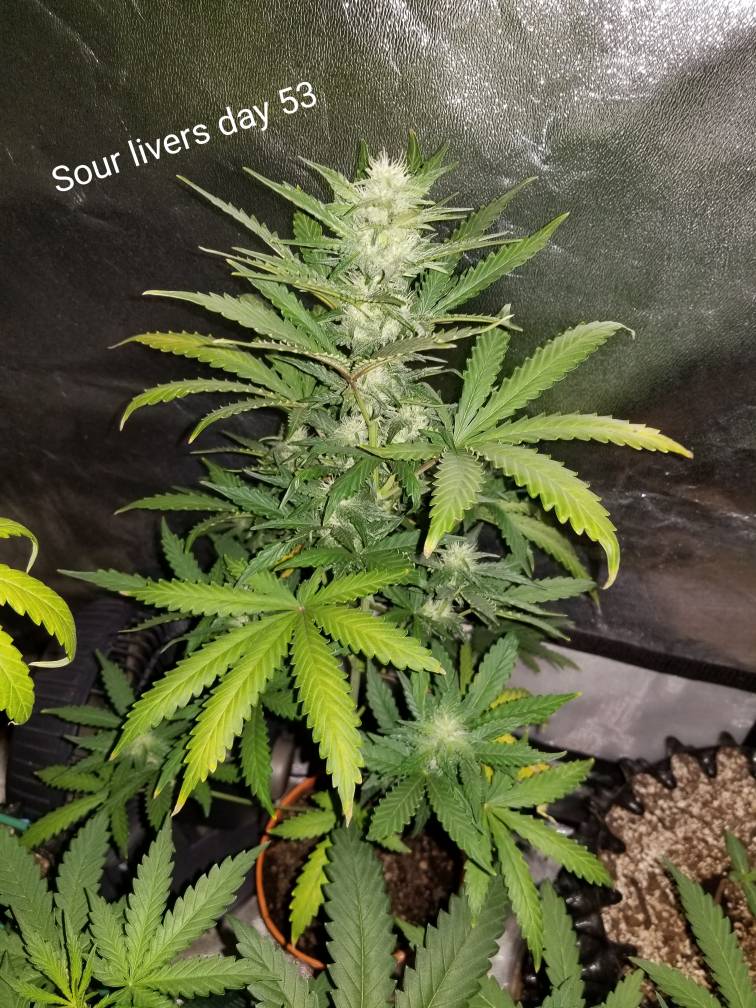 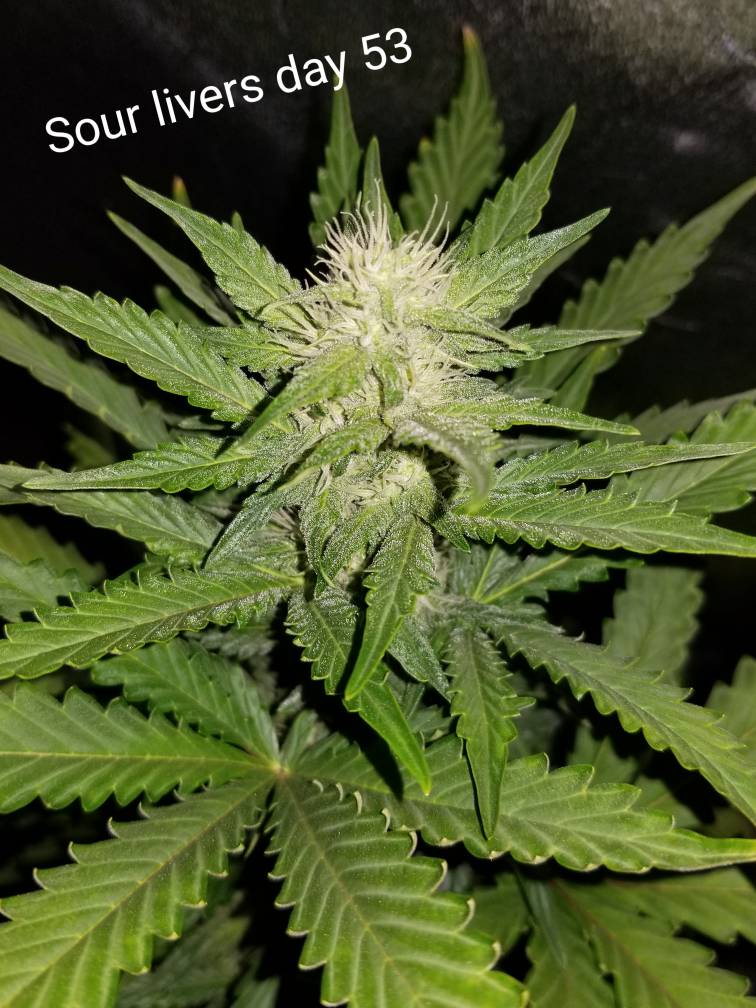 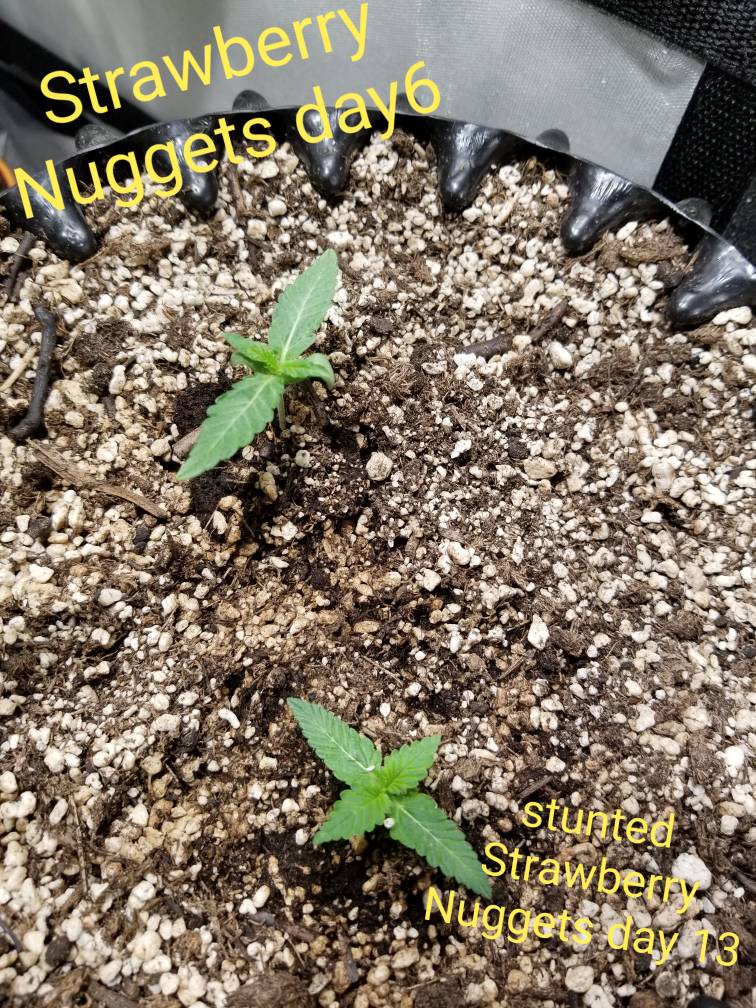 update on the tent,

I chose the healthiest looking seed out of the 5 I recieved and my Blue Microverse from night owl seeds cracked out a root last night a little past the 24 hour mark, she will be put in a rapid rooter plug later tonight then put in her own 8 gal fabric pot with roughly 5 gallons of soil. The rapid rooter will be soaked in a mix of ph adjusted water to 6.5 with mammoth p and green aminos. Her soil is Happy Frog, roots organics and Sohum soil for the bottom 1.5-2gallons. And the top 3 gals is roughly a 50/50 mix of sohum soil and roots organics, with about a half cup of GreenGro Biologicals Veg blend and roughly a quarter cup of their Earthshine blend mixed in as well.

I'm relieved to report I'm seeing pistils on my Exodus Cheese and Creme de la chem , although I'm only seeing them on like 2 branches on each plant. Strange it took em this long.

My Sour livers in the half gallon pot isnt very big but oh my she stinks. Has a very funky rotting meat smell that has a kushy scent behind it. Will definitely be running her again soon. I only wish I would have tried her sooner 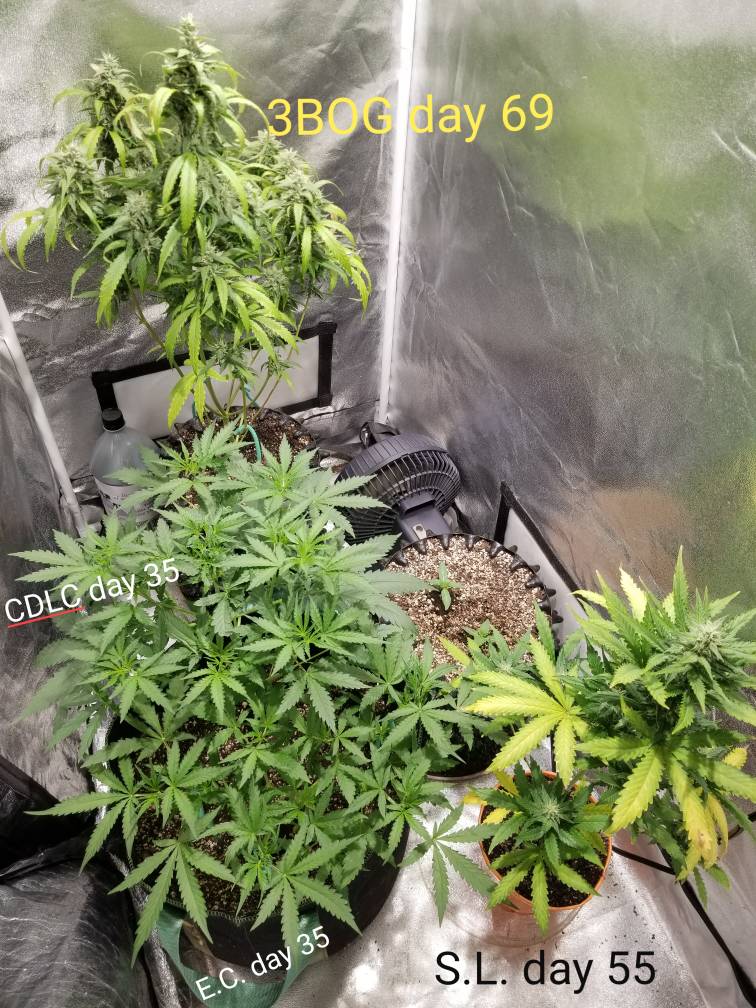 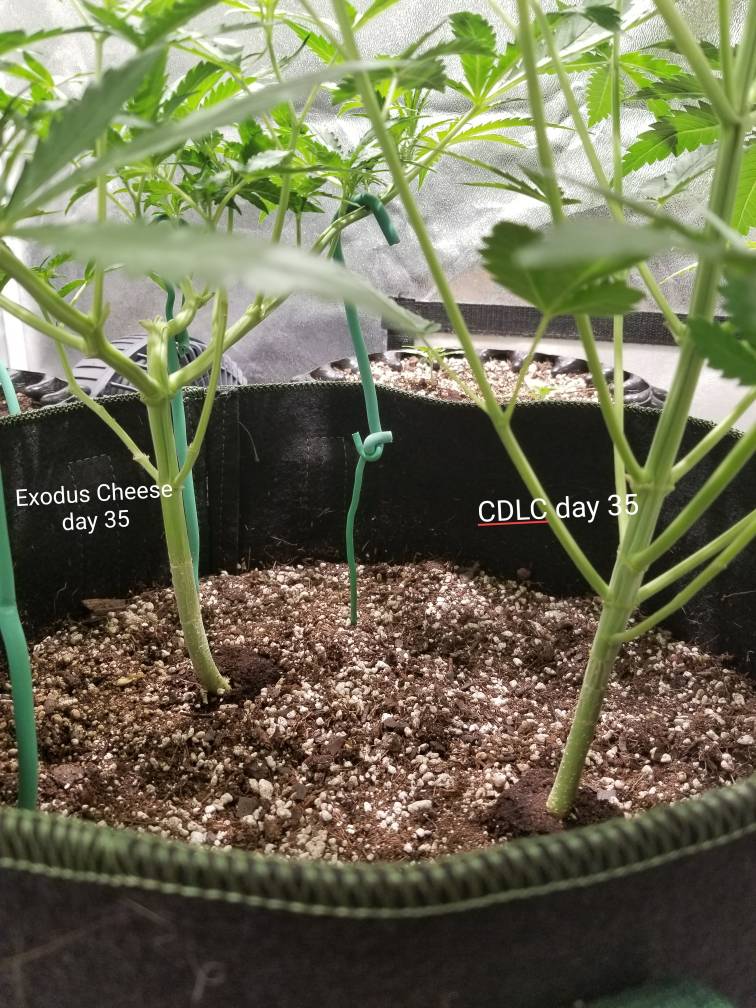 Update on the Blue microverse , she sprouted this morning so today is day 1 for her! Since I have my 2 strawberry nuggets just a few weeks ahead of her I'm hoping I'll be able to let her go til day 80 or so. 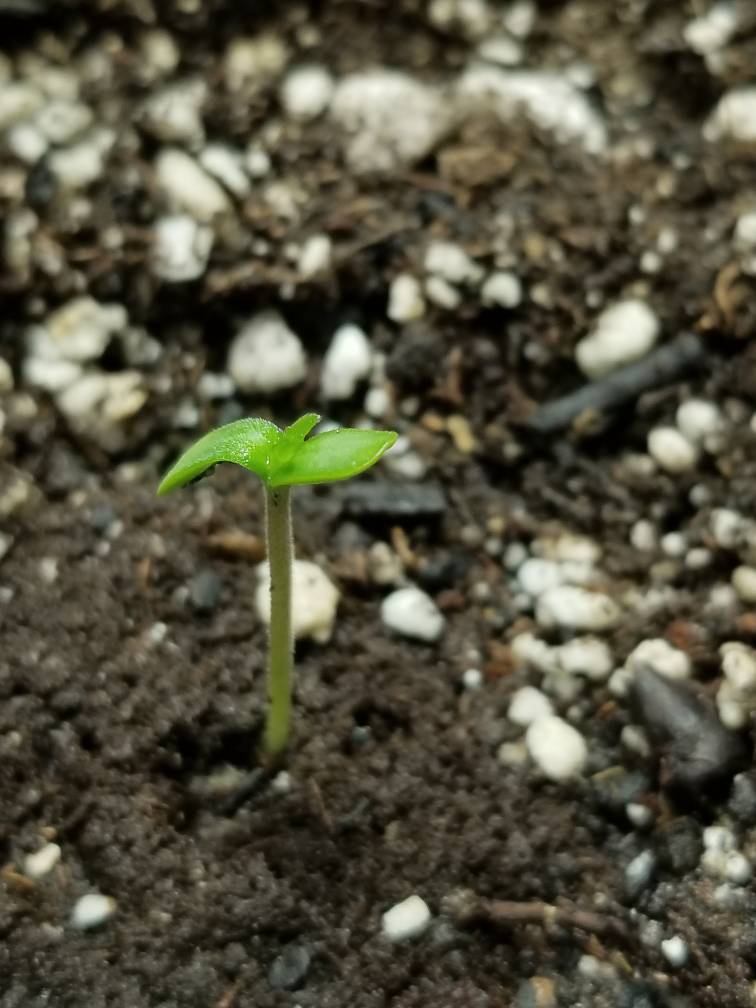 ill sub up and watch this grow of yours.

SmokezAlot said:
ill sub up and watch this grow of yours.
Click to expand...

Thanks for tagging along @SmokezAlot ! This thread doesent seem to be gaining a whole lot of traffic. Hopefully that'll change as my Blue micro gets bigger

Update on the tent,

My cdlc and exodus cheese are doing good by the looks of it. Exodus Cheese split her rooting cube in half with her tap root! It's been about a week since their last feed of nutes. They were given 2mls Tiger bloom and 1ml Overdrive per gallon with some mammoth p and green aminos. Since then they have only recieved ph adjusted water with mammoth p, green aminos and Brix. I've been lightly watering their rooting cubes daily as they dry out, without totally drenching the soil, as it seems their cubes dry out in hours ,and the rest of the soil takes days to dry out.

Sour livers thickening up , began flushing her on day 60. She smells amazing. Sour, sweet, and rotting meat are the best words I could use to describe her scent. But her smell is sort of diminishing, it doesn't punch you in the nose like it did a few days ago. Hopefully a dark period will change that. 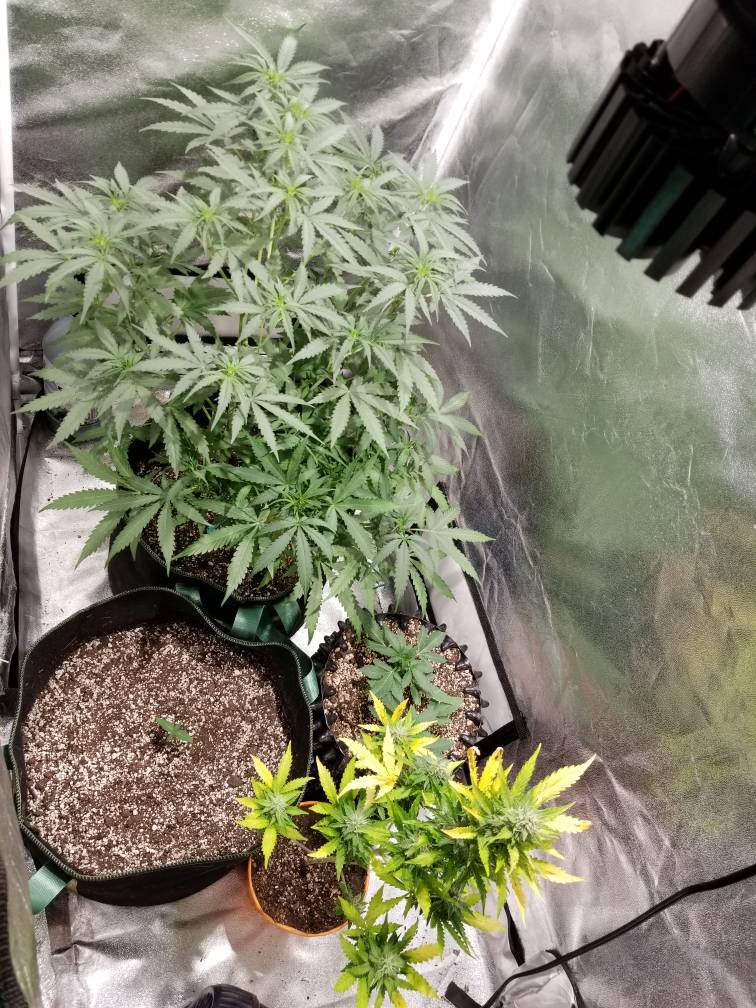 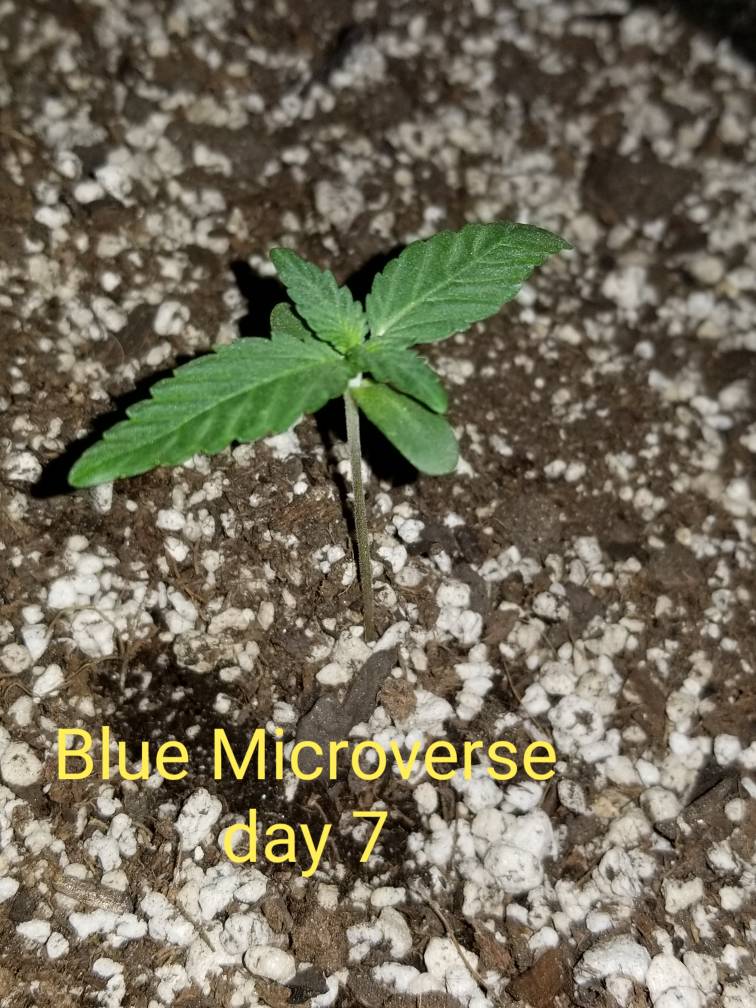 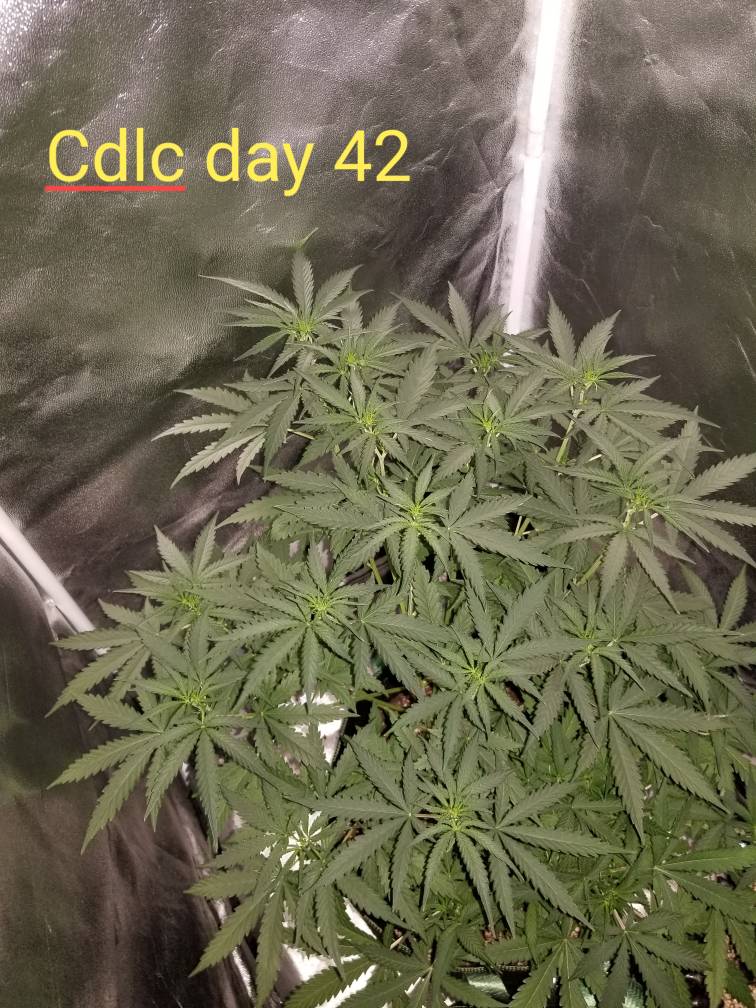 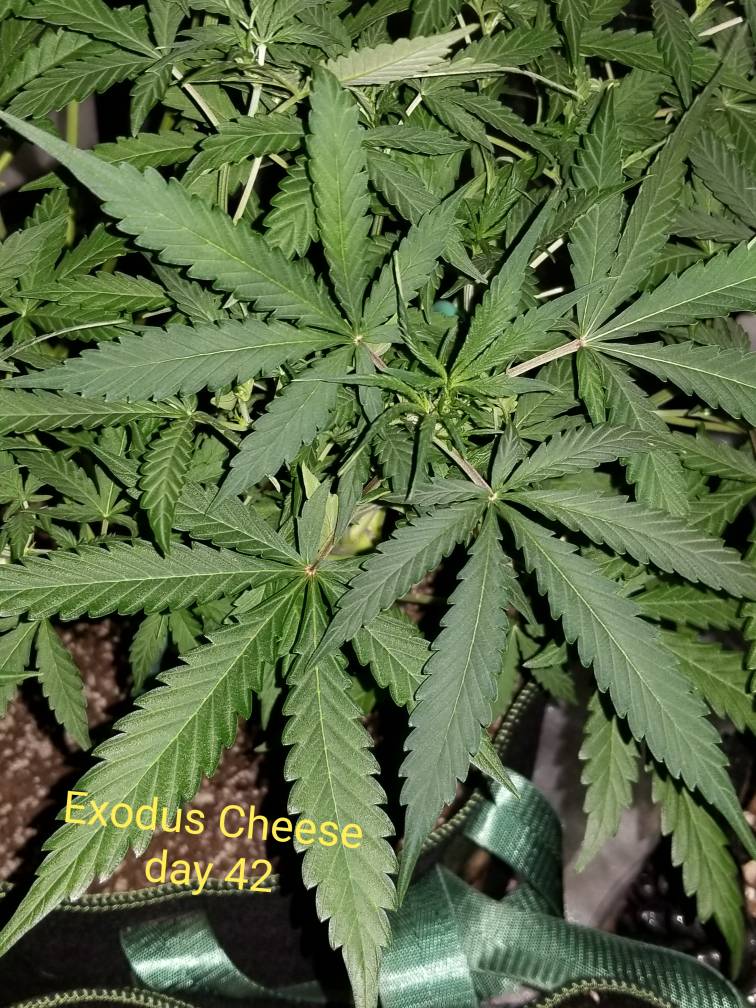 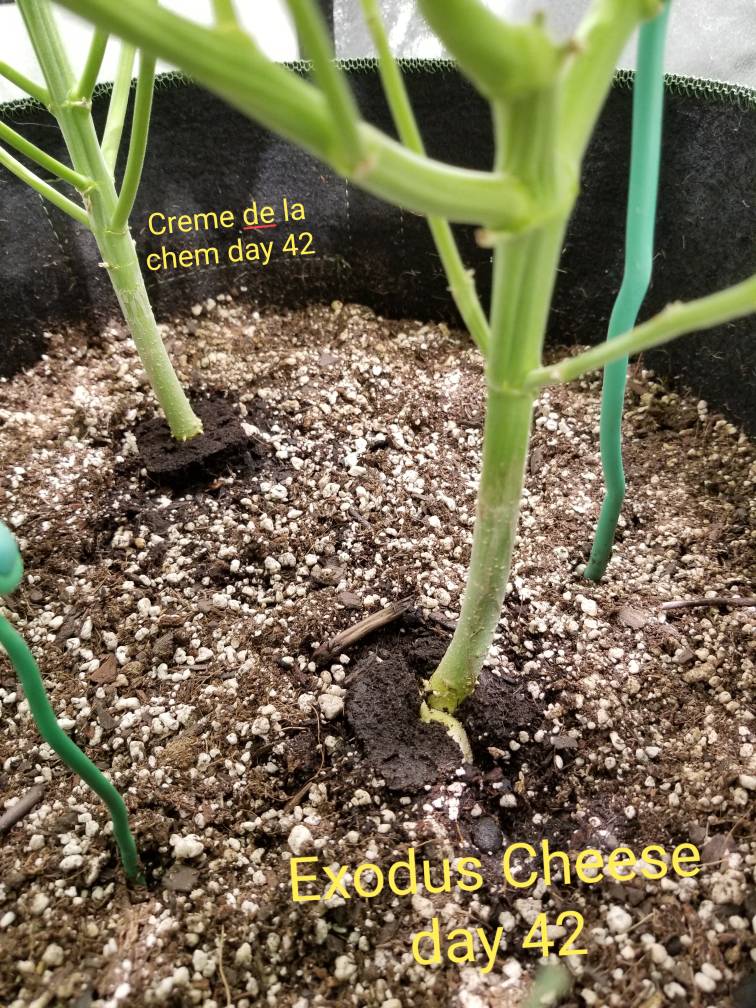 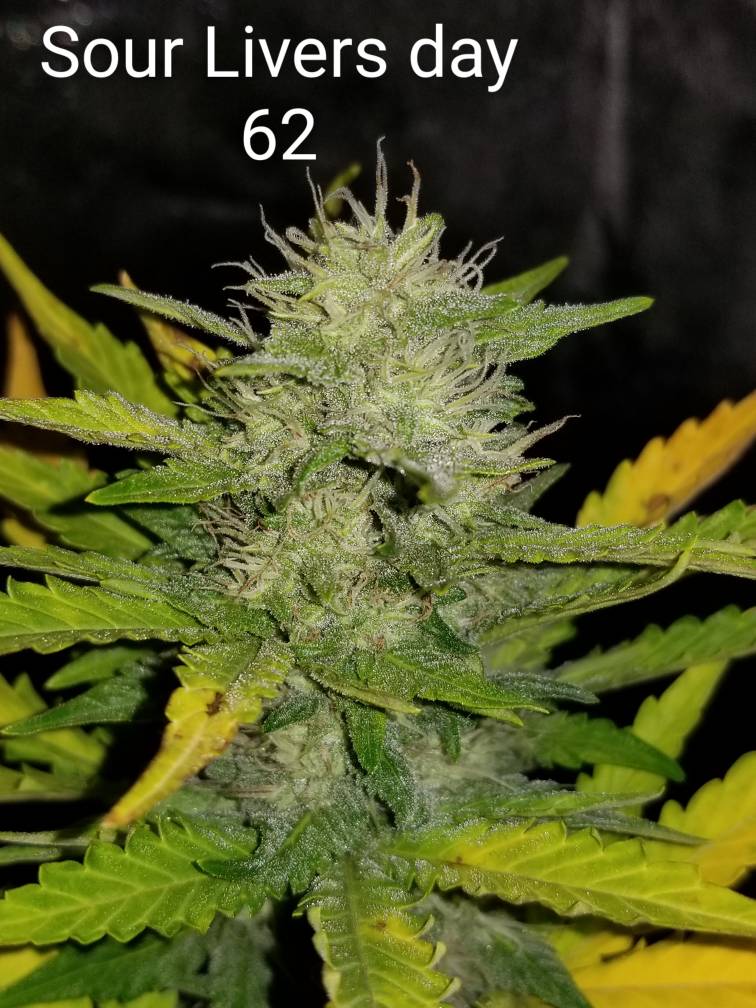 Hello is this thing on

Thanks man, appreciate it! [emoji120]

Update on the tent. We got birthdays !

Blue Microverse was topped yesterday. Shes lookin healthy but a little small for her age, which has me slightly concerned.

A germed Blue Microverse X Wizards Apprentice from Night Owl Seeds was put in a rooting cube yesterday morning in a 2.2 gal airpot and sprouted late last night. I'm calling today officially day 1 for her. I didnt measure out the amount of soil I used per brand but used Sohum living soil, Happy Frog and Roots Organics with some shredded coco fiber as well. roughly Close to half of the mix is Roots organics soil. Also added a little bit of Earthshine from GreenGro Biologicals.

A Sour Livers was put down in a rooting cube yesterday. I didnt germ her in a paper towel like I normally do. Instead I soaked her rooting cube with ph adjusted water , mammoth p. Green aminos and some Brix and placed the seed directly in the cube. Shes in a 2.2 gal airpot as well.

I also have 4 auto New York Diesels , from Barneys Farm I believe , that I'm gonna try a potentially dumb experiment with since I'm not as stoked for those over the other seedlings. They have been in a wet paper towel with a light sprinkle of great white mycorrhizae for a few days , they were put in a paper towel at the same time as my BMxWA. 2 of them have barely cracked and the other 2 still seem dormant. When 3 of them are lookin ready to go down, they will share a single rooting cube in a 0.4 gallon pot , and 1 will get it's own ghetto pot made from a milk carton.

CDLC and Exodus Cheese finally look like their focusing on their budsites. They havent recieved any bloom nutes since their first feed of nutes back around the 32 day mark. Since then it's just been ph adjusted water, mammoth p, green aminos and Brix. 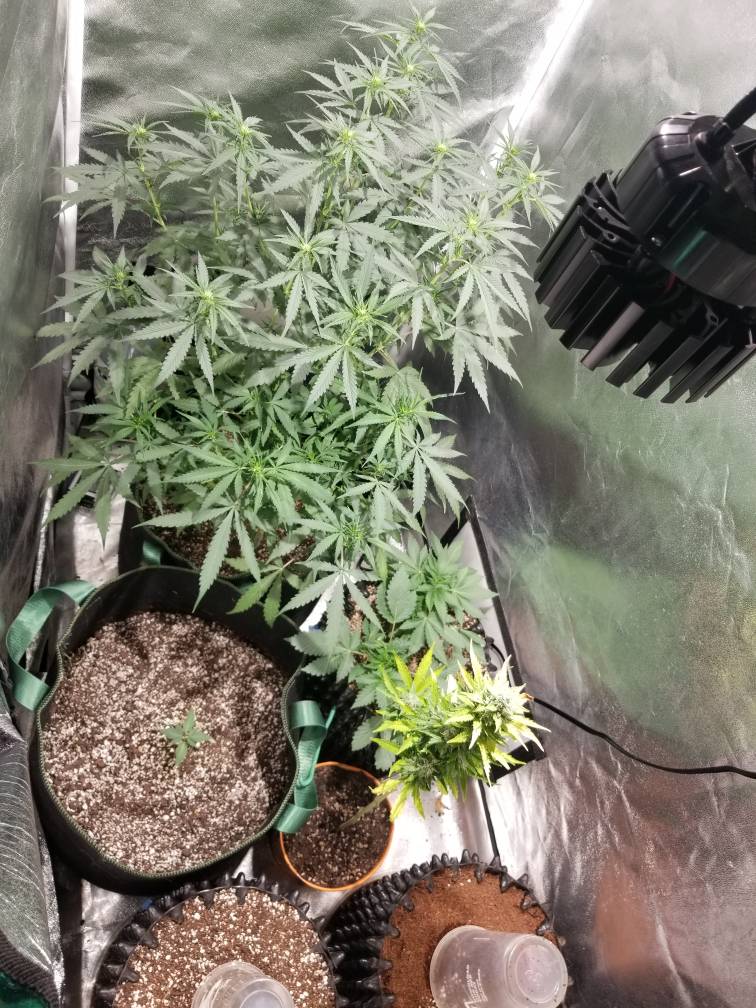 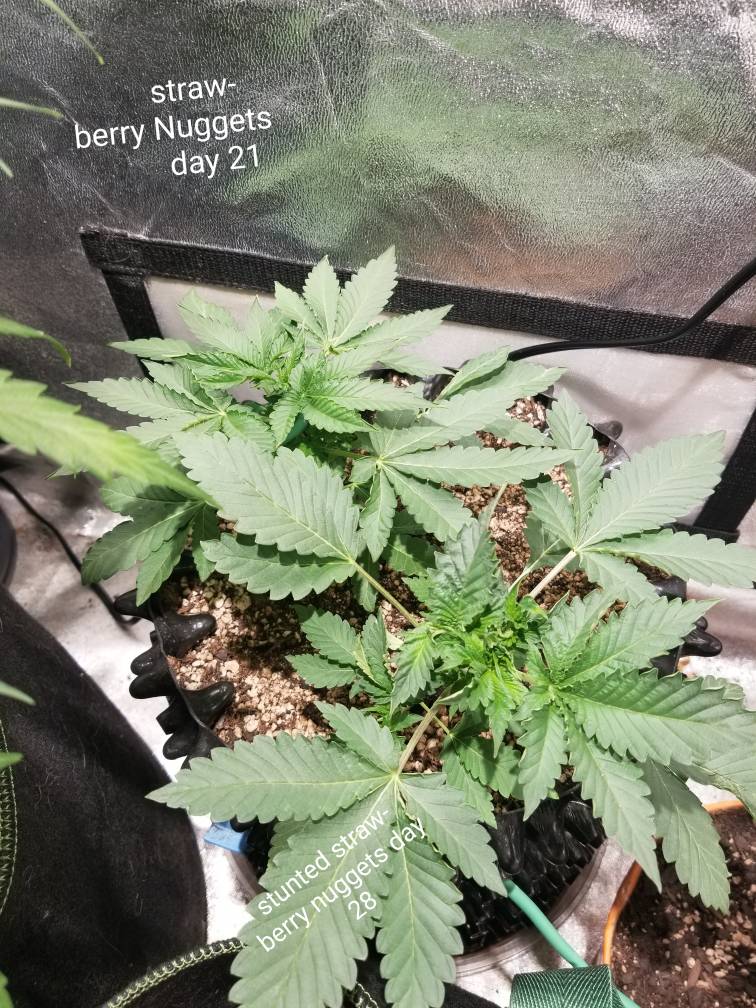 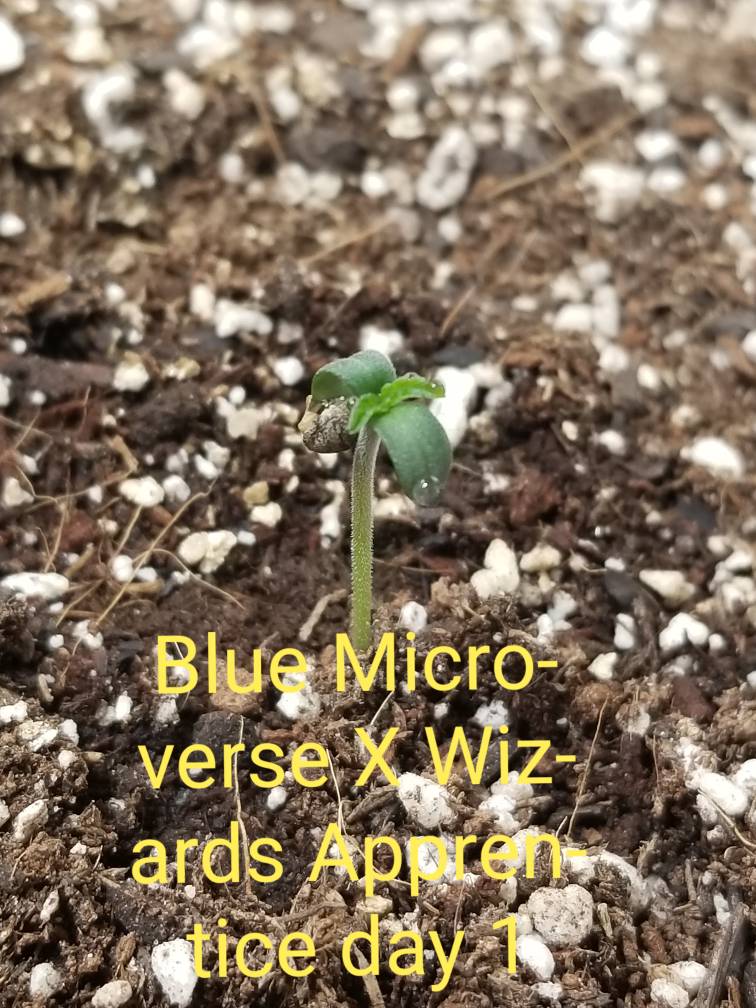 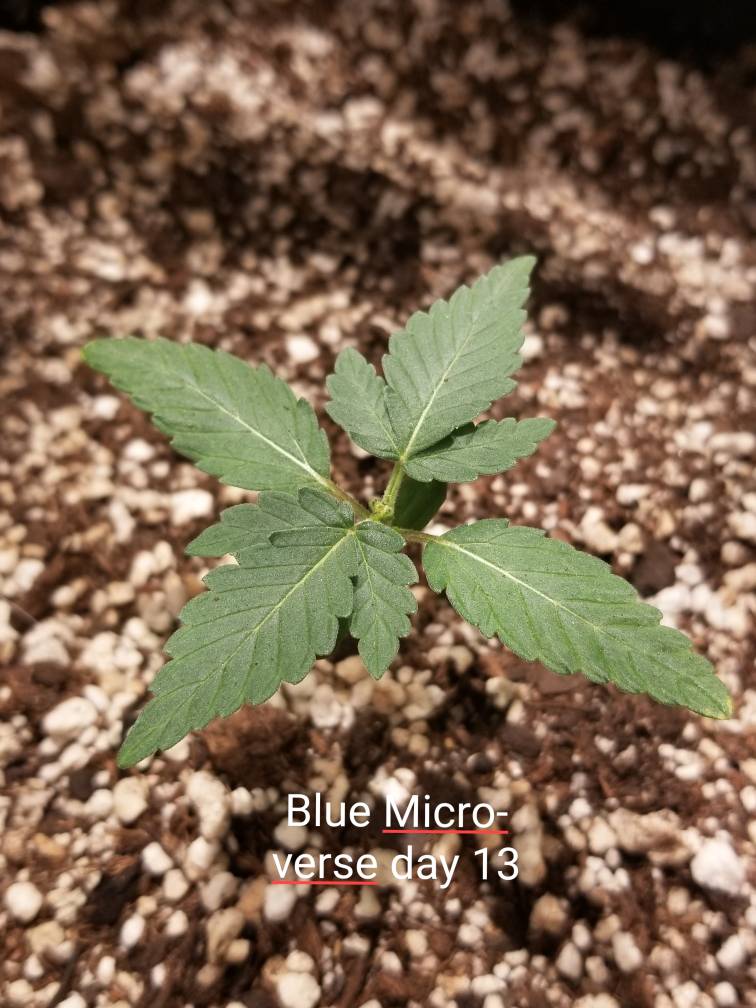 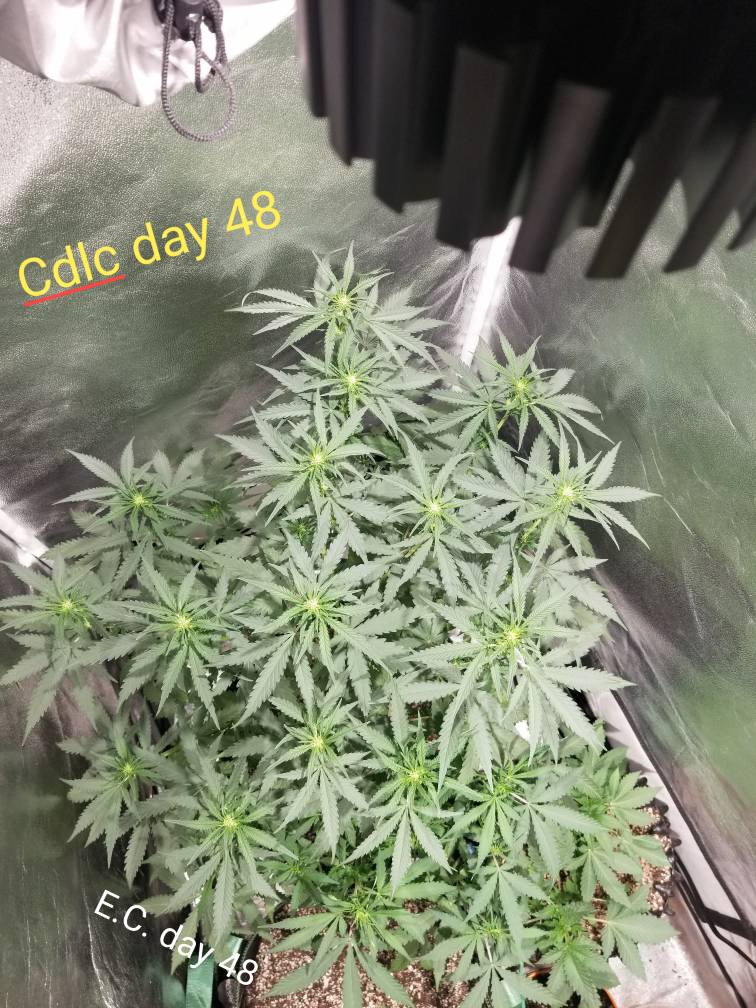 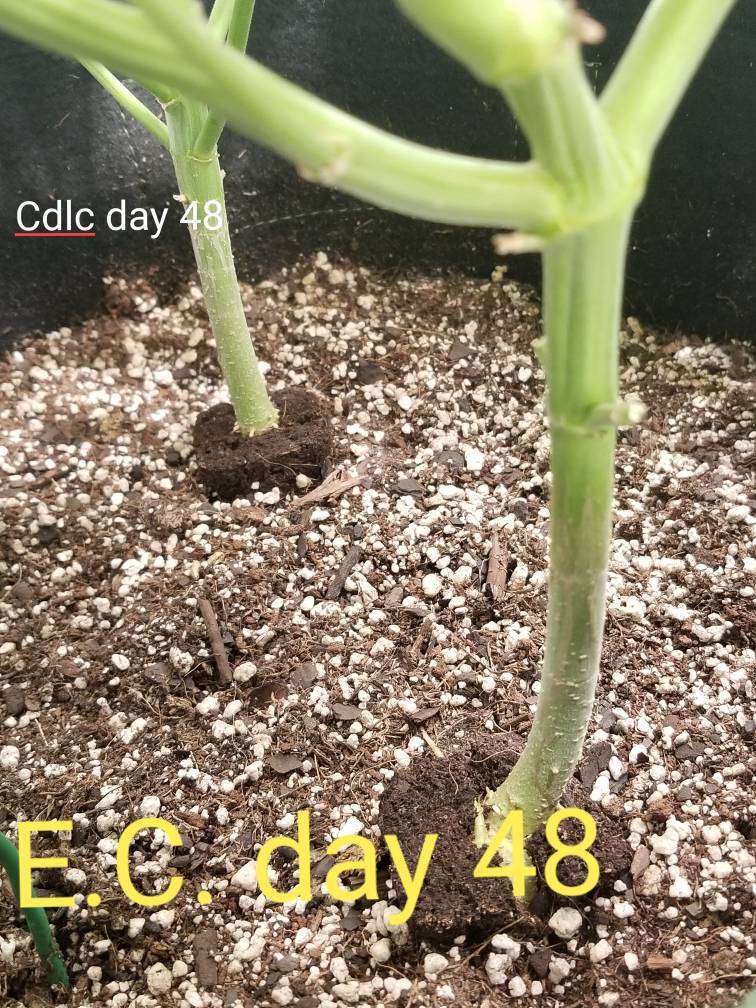 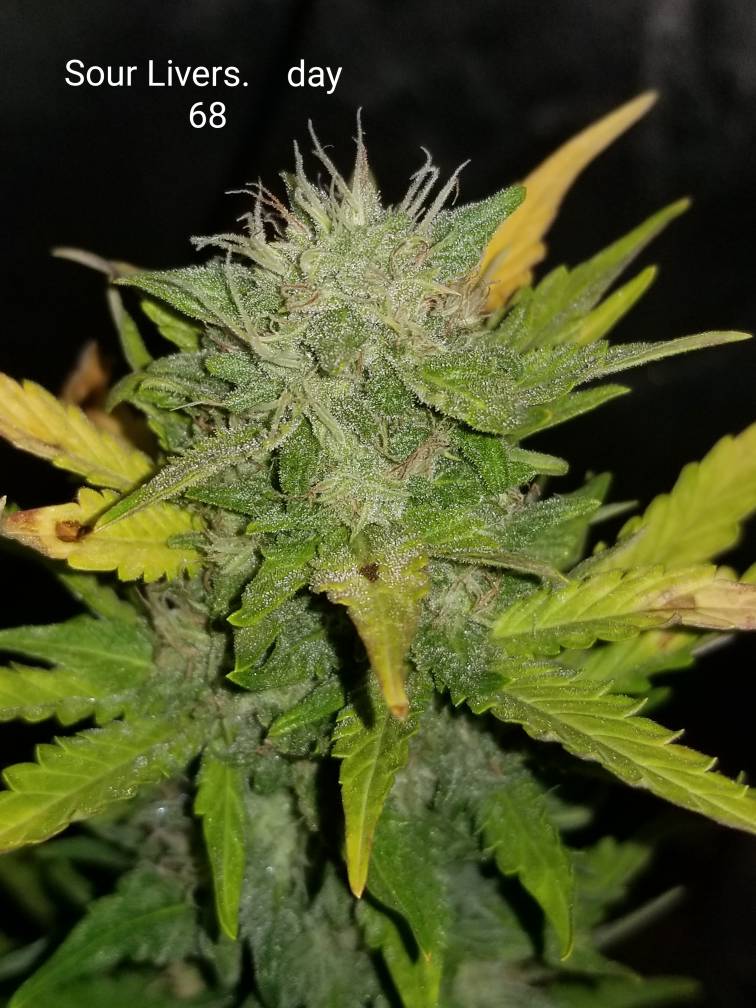