Btw you are all free to change you kit list, add anything you are NOT locked into it! I will be changing things all the time. If you could just please edit the info into your update post or let me know so I can do so.
The reason I am asking is it helps vendors and other growers both to see what you used in your grow, all neat and tidy and there.
Click to expand...

My secret weapon is this snazzy homemade bong

St. Tom said:
nothing better than being organised your going to smash this grow off the threadmarks are your secret weapon

Paying attention and organizing is a big part of that battle, I need to work on both so this is helping me get my poop in a group

HighnDry said:
My secret weapon is this snazzy homemade bong

Oh that brings back memories! I remember putting a dent in a soda can , poking holes in that dent and voila

Paying attention and organizing is a big part of that battle, I need to work on both so this is helping me get my poop in a group

Oh that brings back memories! I remember putting a dent in a soda can , poking holes in that dent and voila 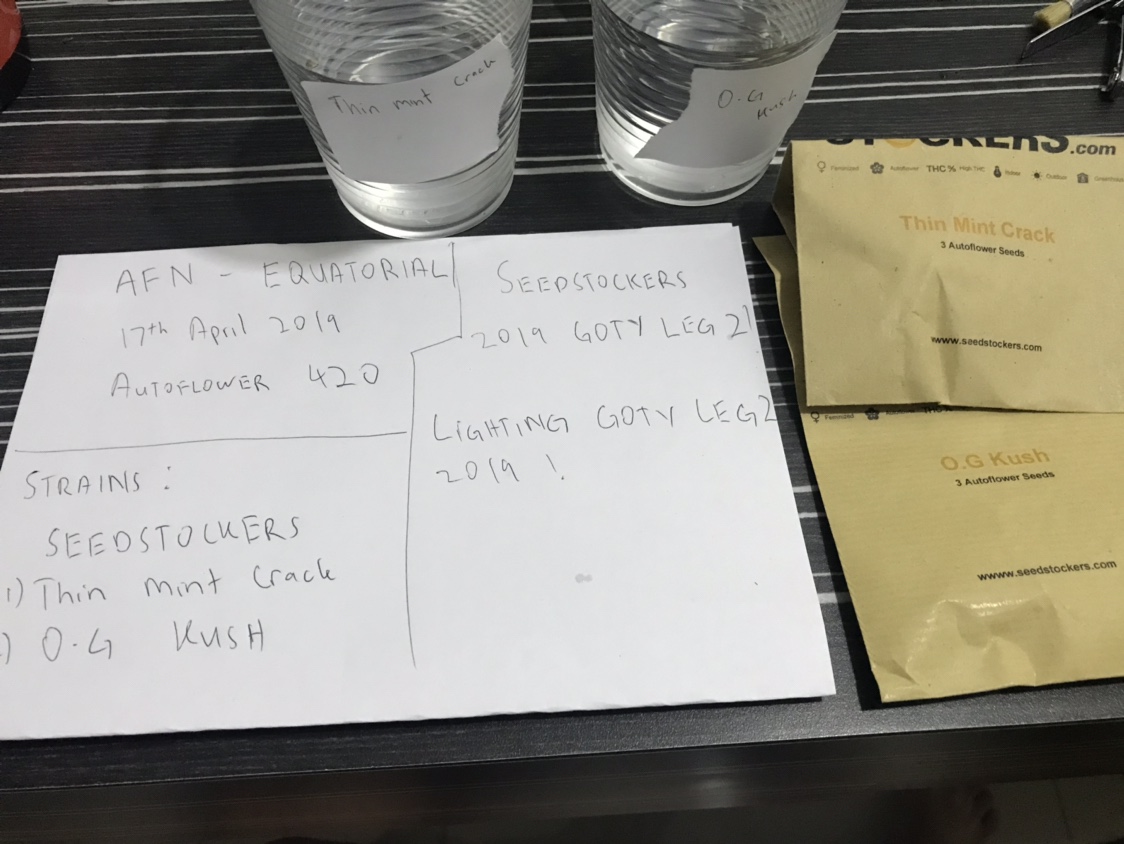 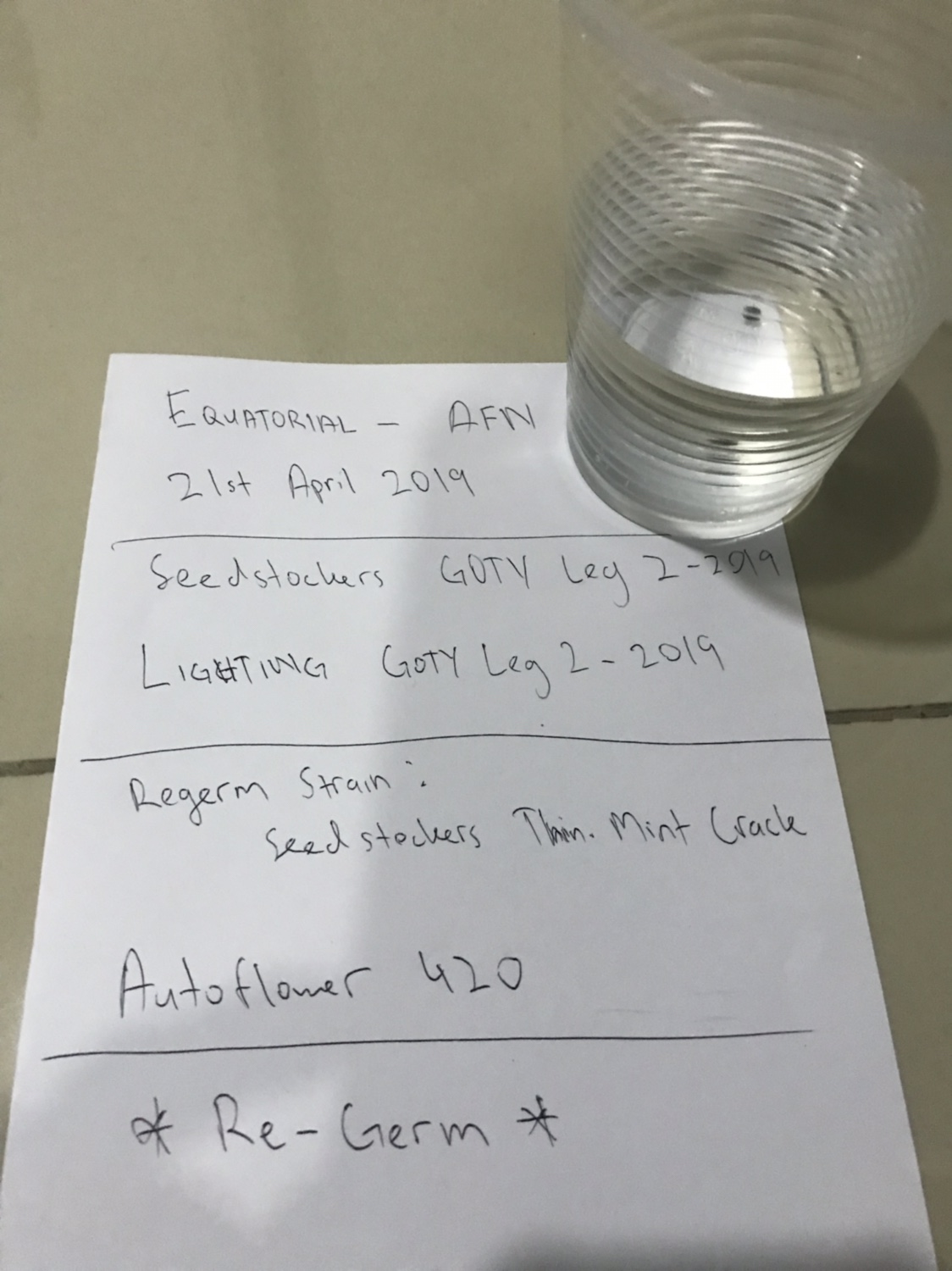 I have officially broken 3 branches out of 6. Thats half of her!

One has healed up 70%. I ripped the second one off cos she broke at end tip. So considered that a very late topping! Third one I think I broke today or could be yesterday. Can't remember. Fixed her up as best I can. Hope it heals quick.

Anyways, she is on Day 29. I really gotta start being more careful with her! Poor girl! 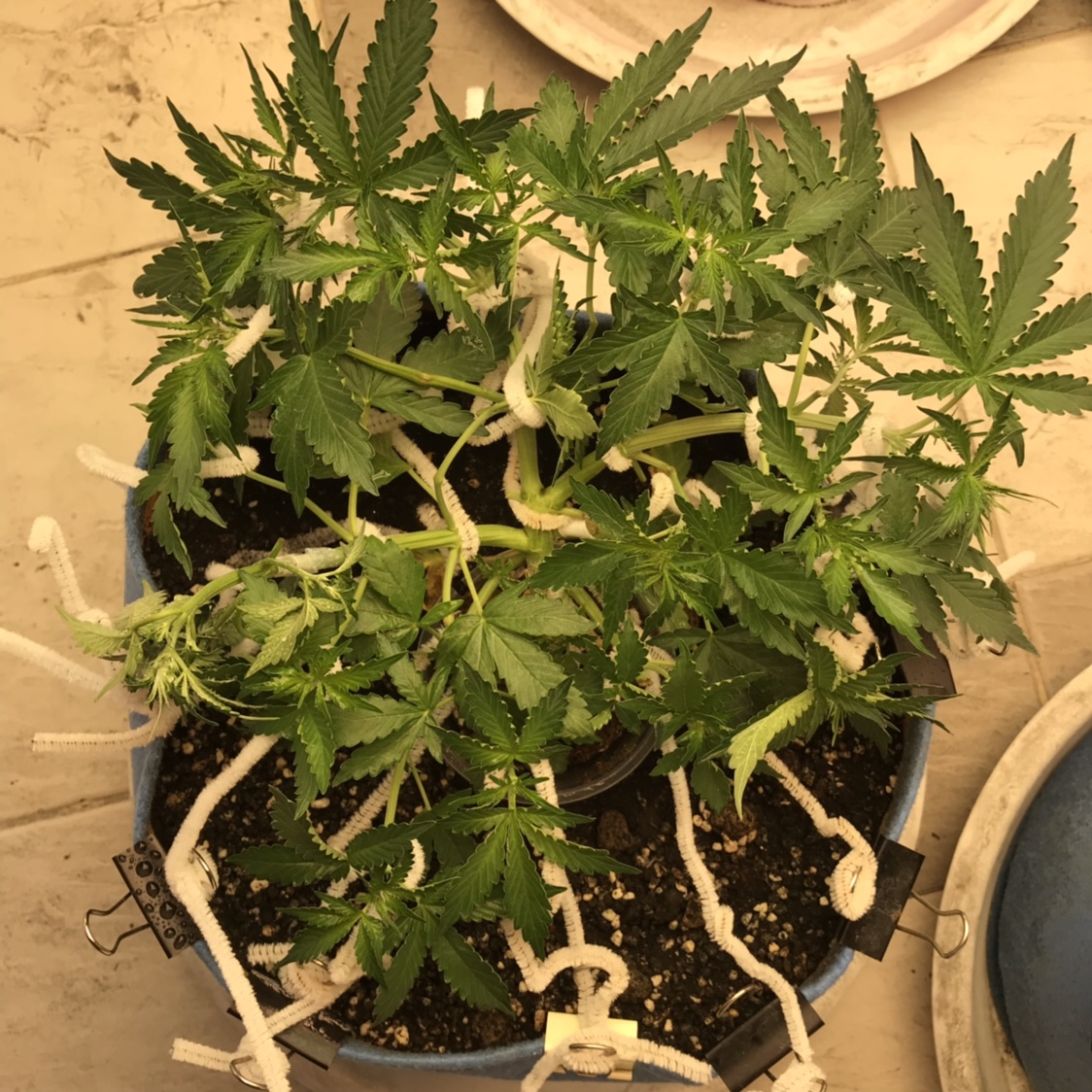 OG Kush at Day 36. Oldest of all 5 plants currently. Already flowering and showing mothballs. I am very impressed with Seedstockers! First of all, I sun burned this plant early on. Then, I broke a branch and made it worse by trying to train it before it heals. Then, I did the same exact thing to another branch!

She seems to be recovering nicely. One more branch snapped wider after I tried to train it. So that one is still in recovery mode. The last plant I stressed so badly finished in 65 days, which was my first ever harvest. I wonder how she will finish? 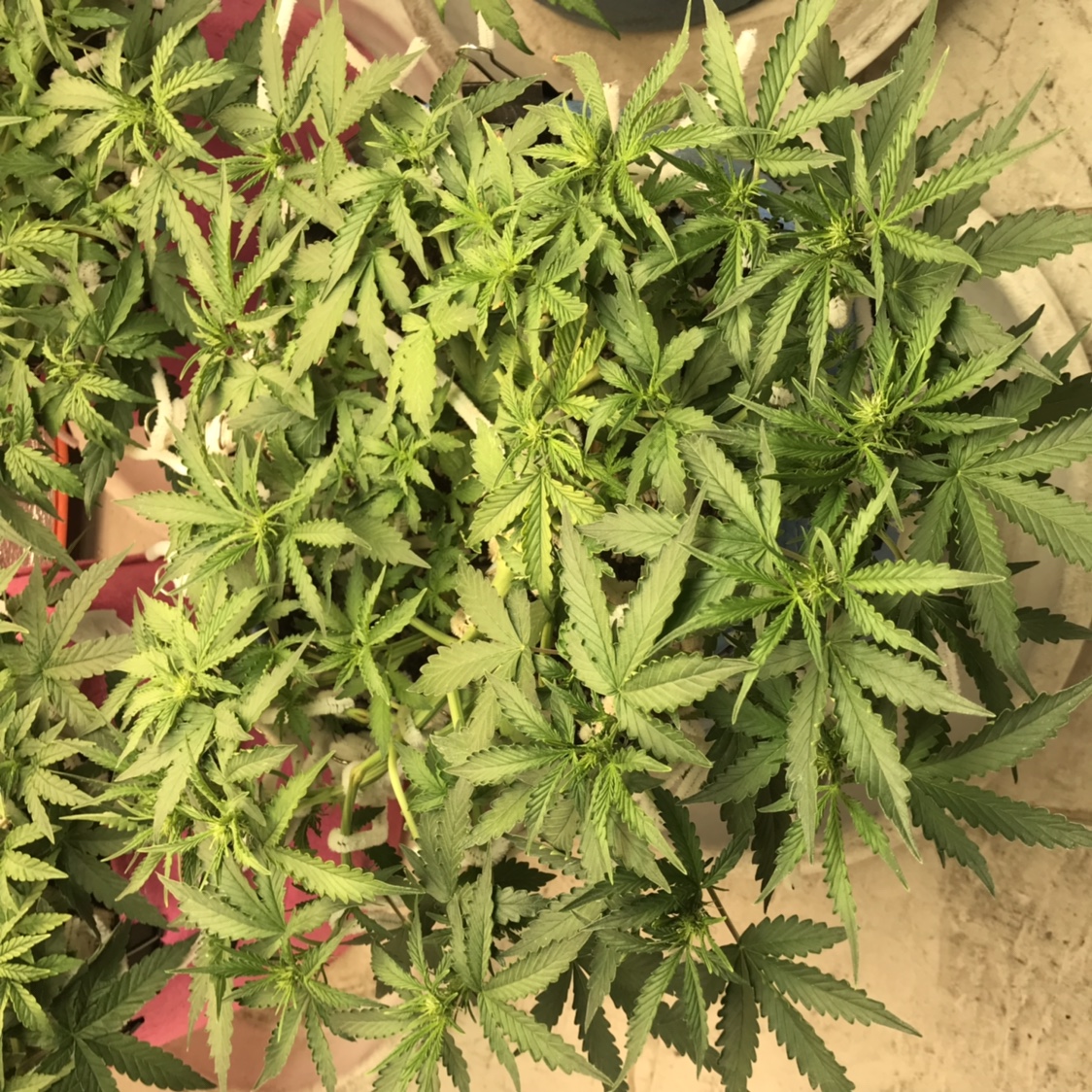 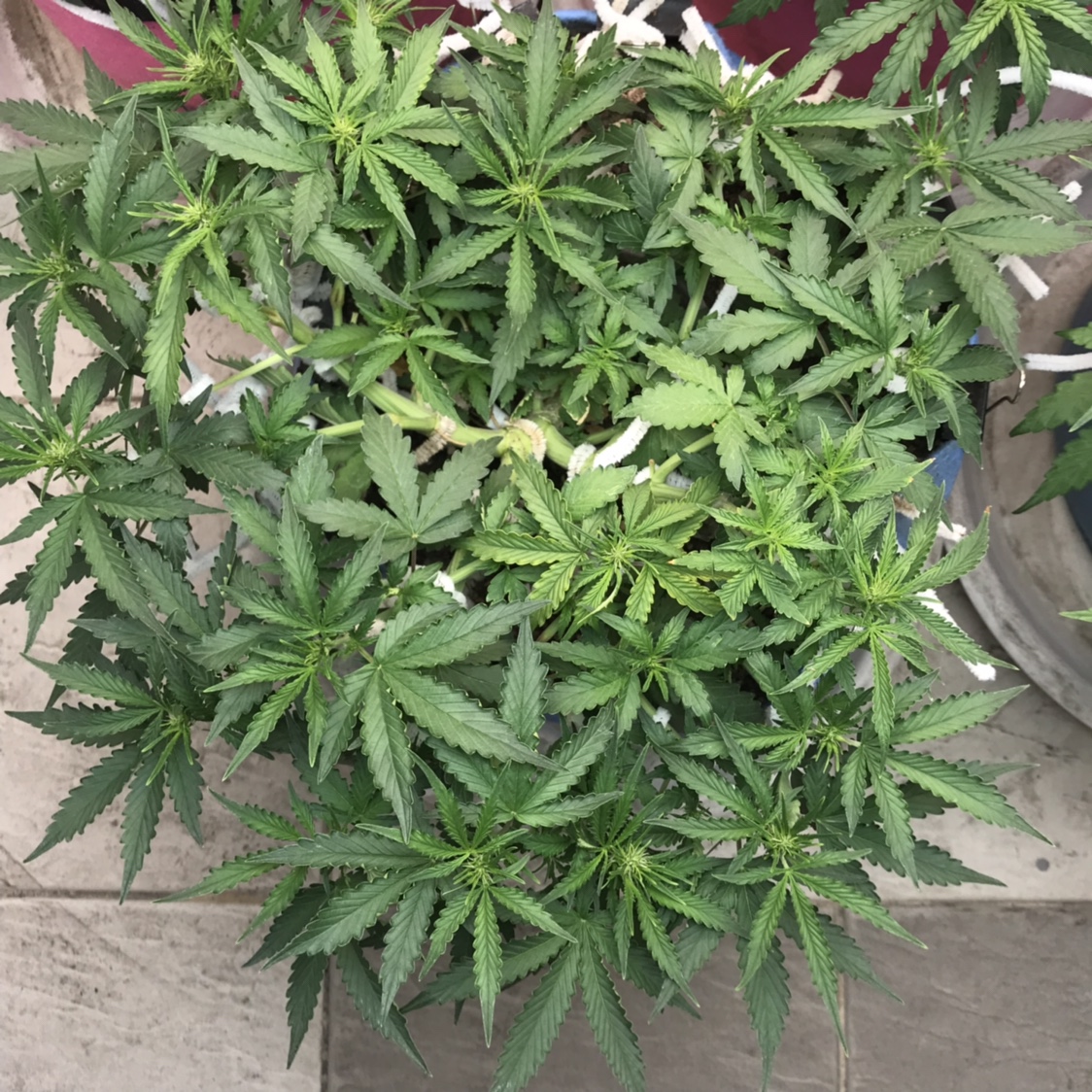 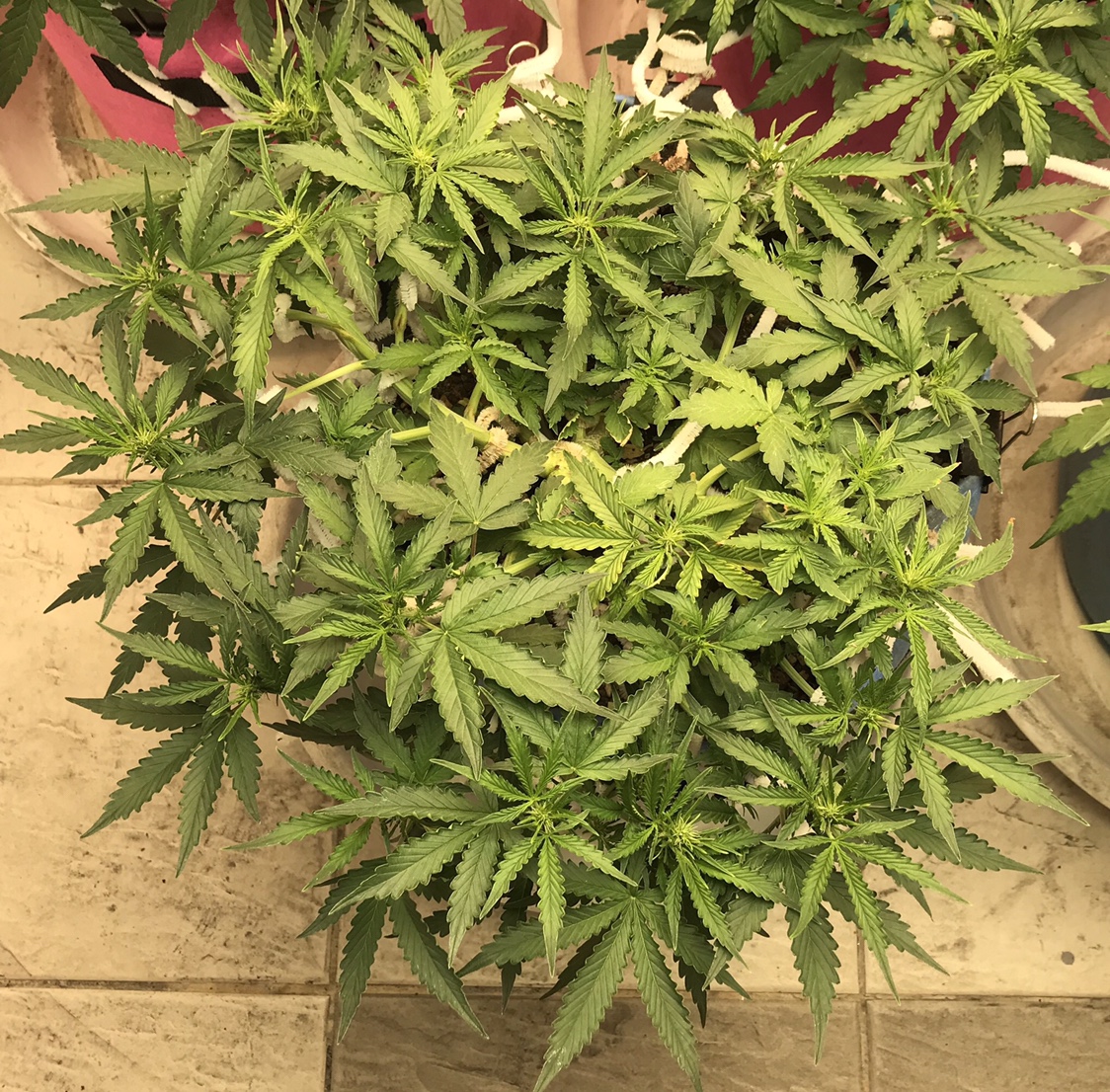 OG Kush at Day 43. Despite the harsh treatment from me. She is stable and seem poised for flowering. Of course, I added to her torment this week by heavily defoliating her! 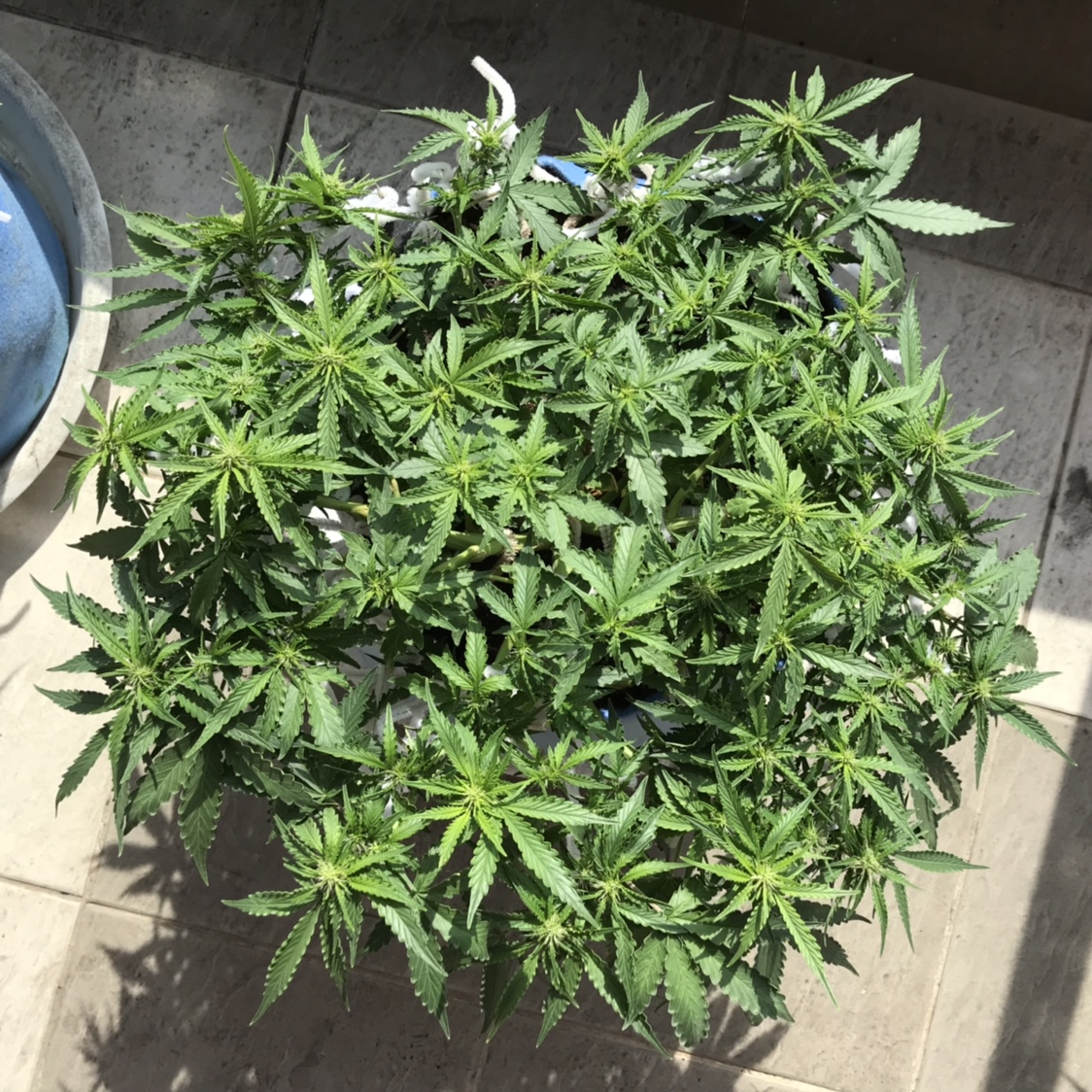 OG Kush at Day 50. Poor girl has most if not all her leaves fried. Can't take the heat and perhaps too much light for her genetics because other plants are doing much better, leaf wise. However, she is flowering nicely so we'll see how she does from here on? I'm just worried that the leaves will give out too soon. But her genetics are strong. I am optimistic. Color is good. 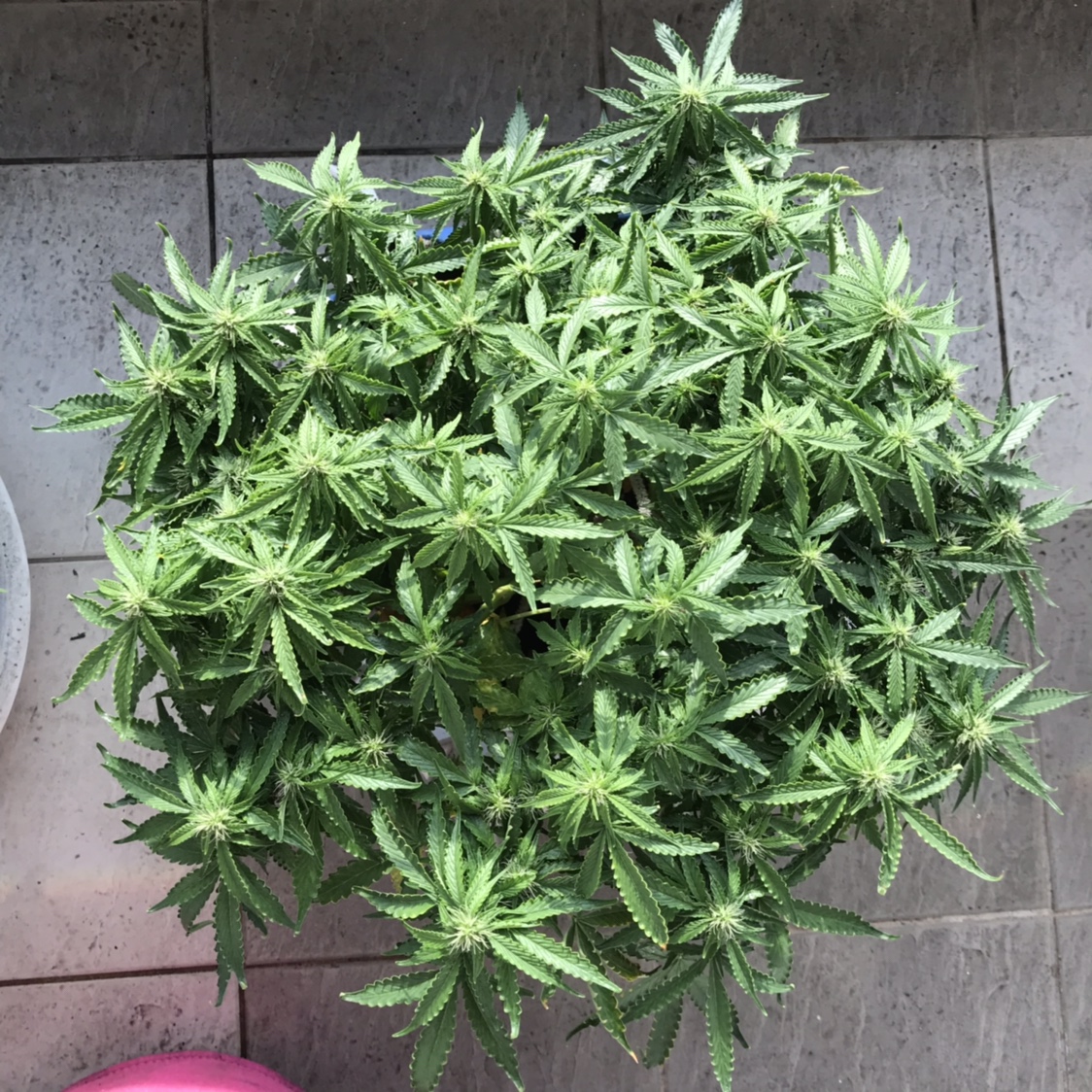 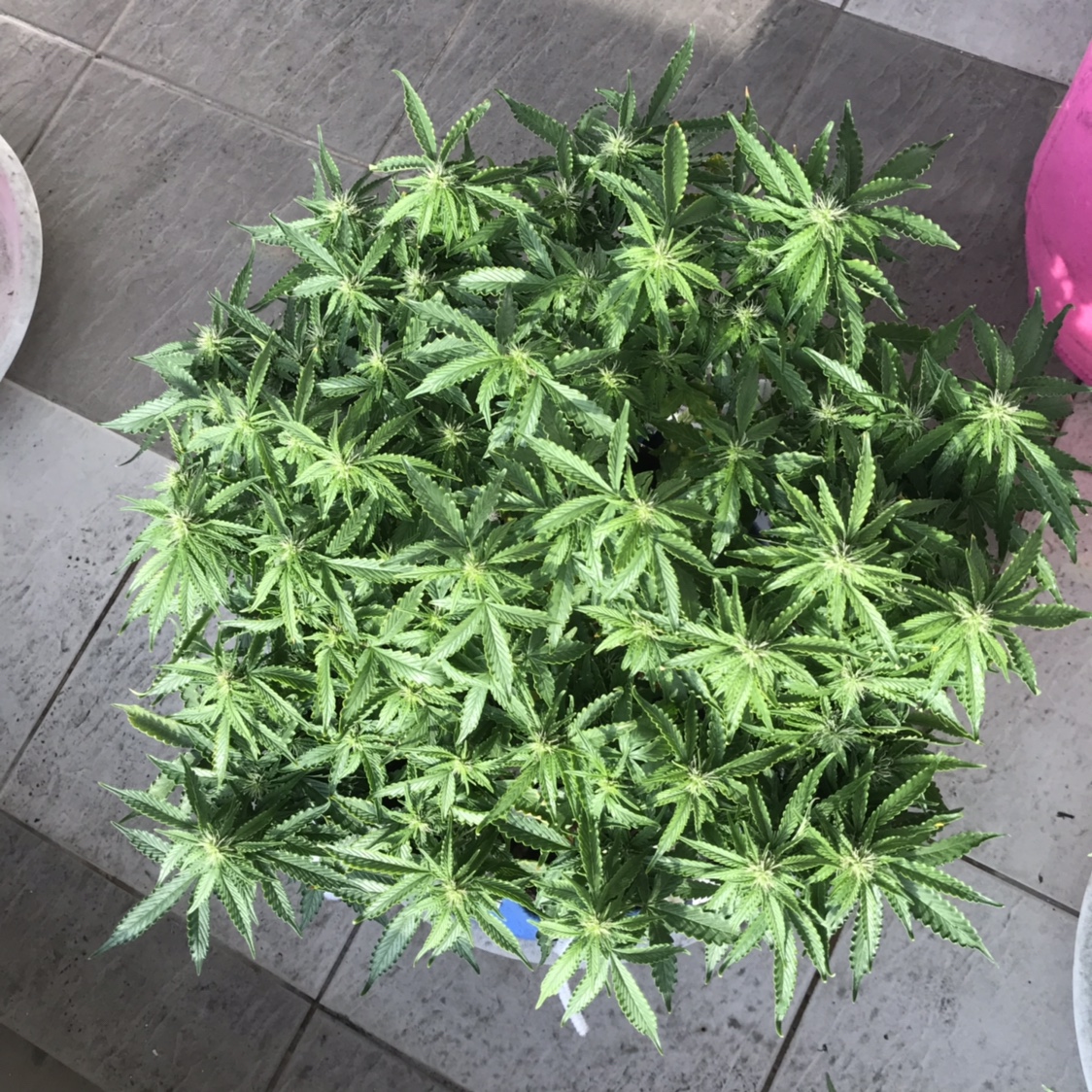 OG Kush at day 57. Recovering well from fried leaves due to light burn. Does not seem to slow down flowering a bit. Can still see mostly clawed up leaves but big nugs are forming. I am probably not doing her much justice but I am still expecting good things from her 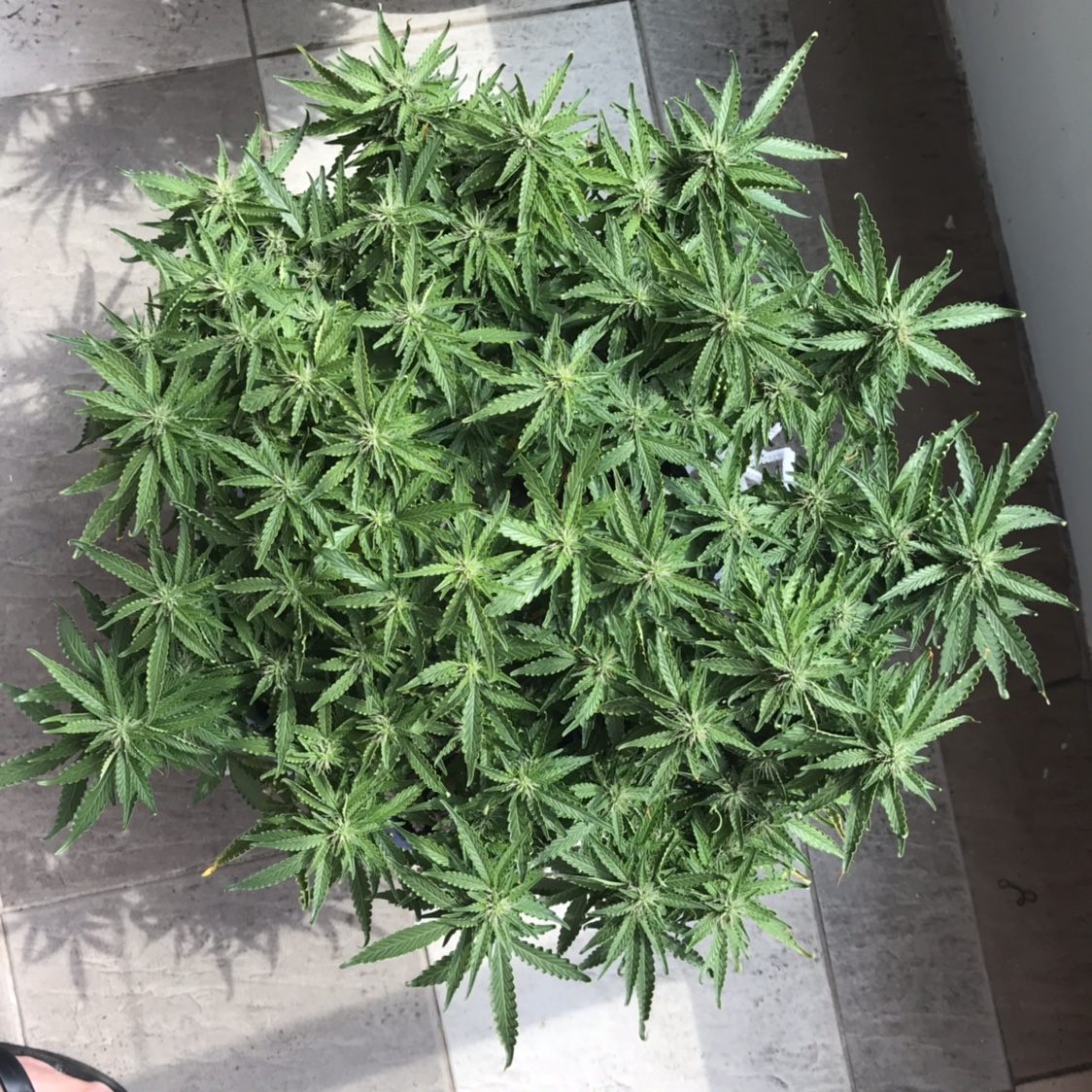 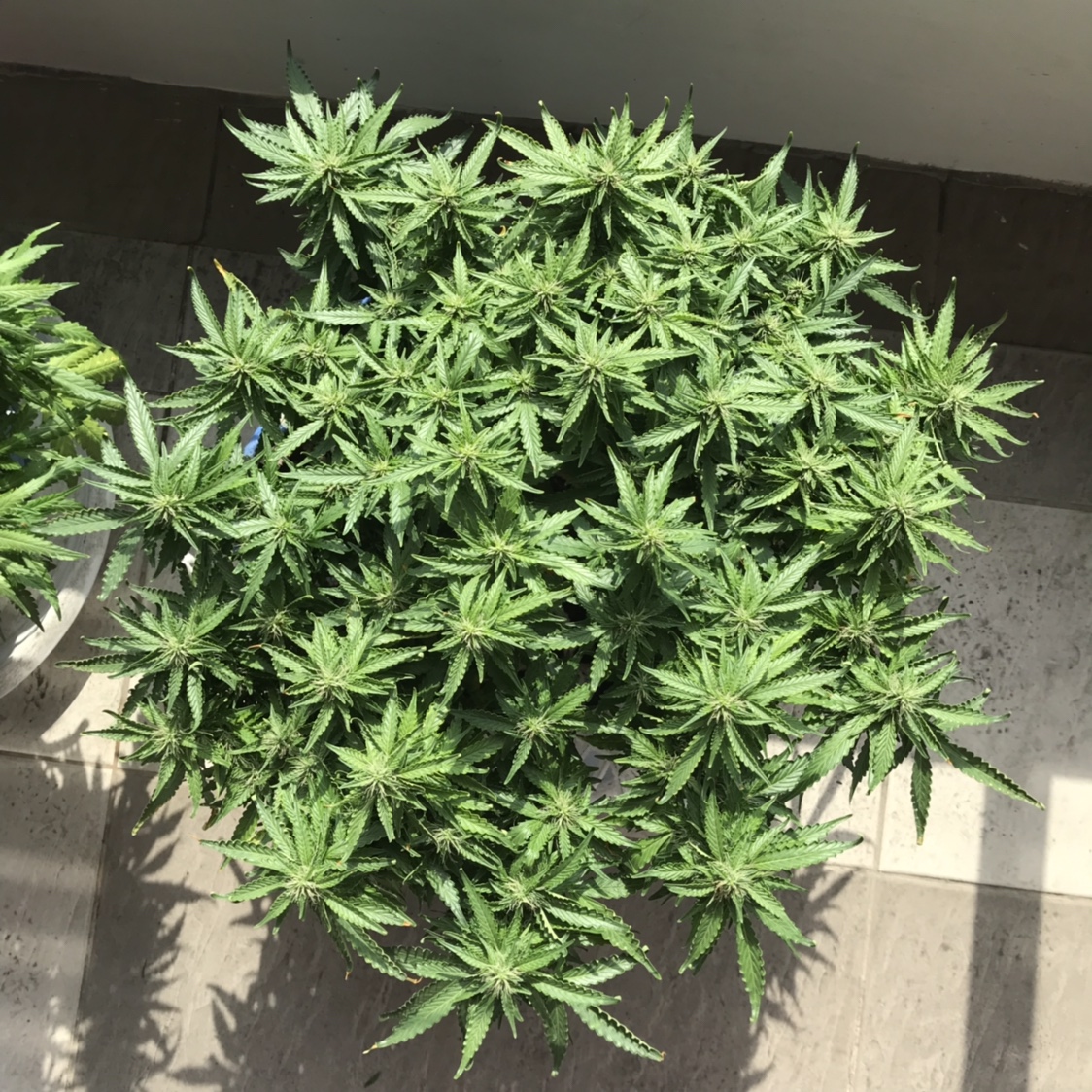 OG Kush at Day 64. Recovering well from her burn injuries and giving me some nice buds! Lets see how she finishes? Smells great too! 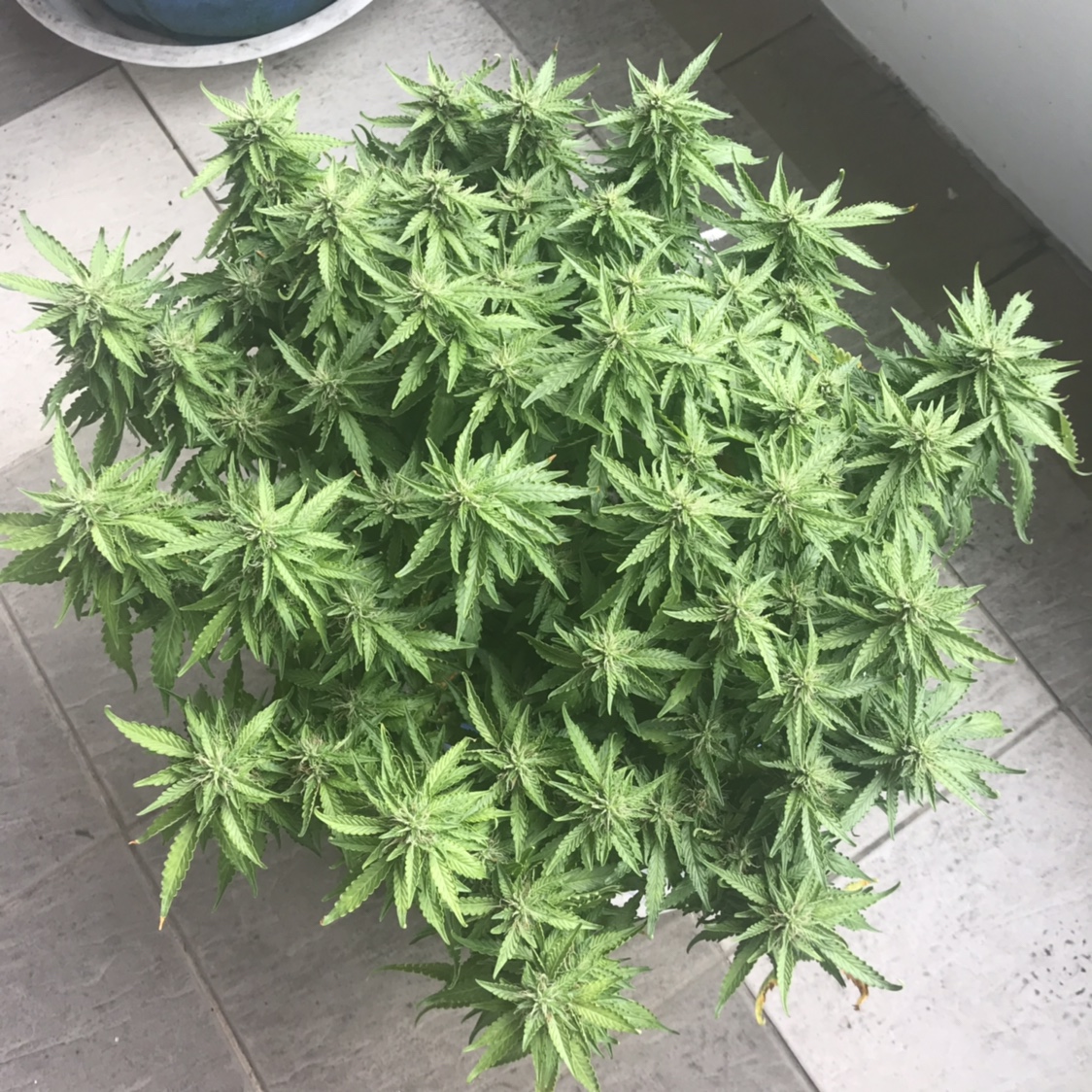 
OG Kush doing very well at Day 78. Still not done yet. Mostly white hairs and still putting frost. Oldest plant but slowest as well. Must be the scorched leaves. Her color may look good but 100% of her leaves are fried. Dry, brittle and all clawed since veg. First such experience. I must say, I'm surprised she looks this good considering. Chunky buds! 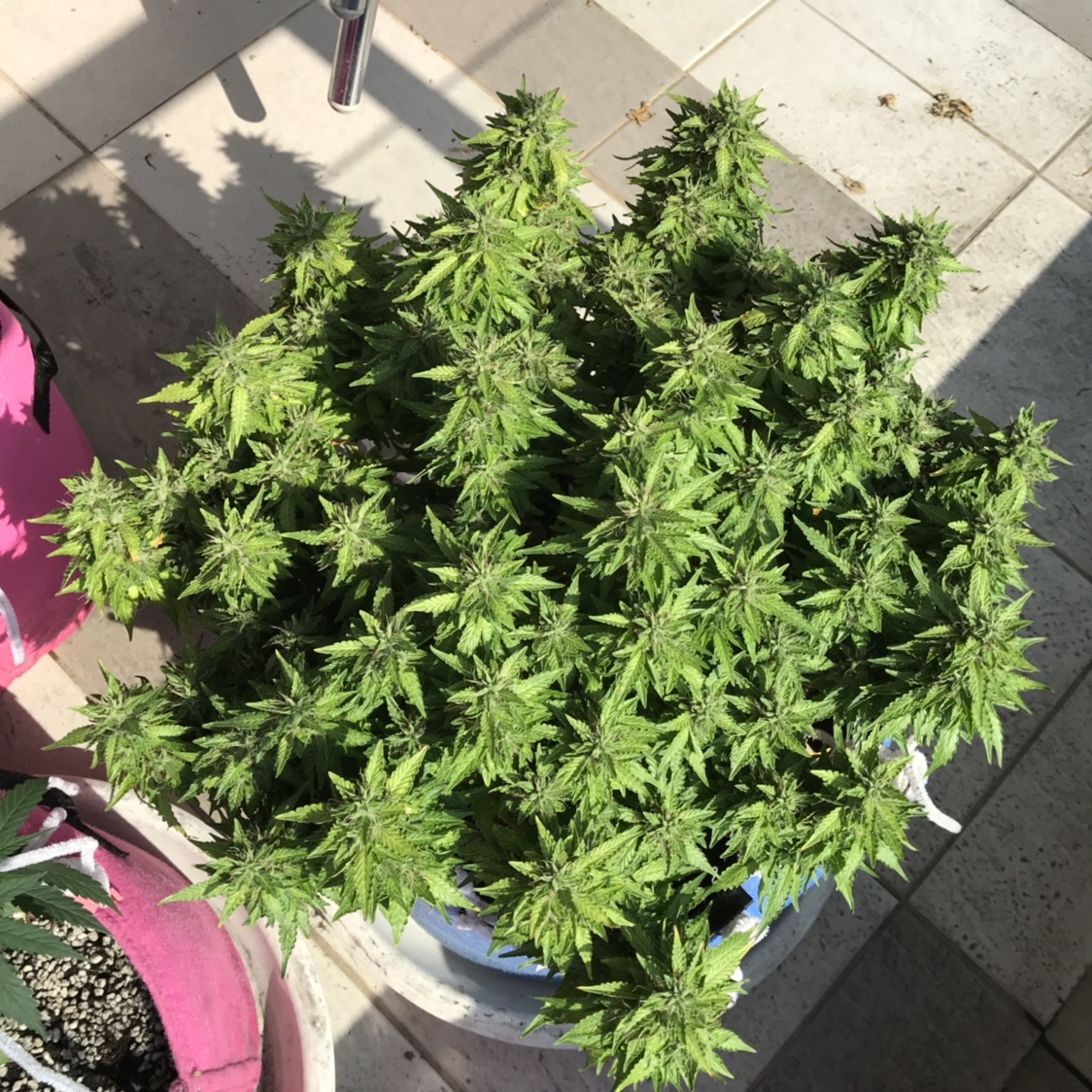 Seedstockers OG Kush at Day 85. More and more pistils turning red so she's almost there. Looks good but also starting to yellow which is what I worry most. Those yellowing dead leaves are gonna rot my buds!

So far, some really chunky buds developing. Just hope they wont turn out airy. But they do seem hard and heavy so we'll see I guess.

Will try to give another week but most likely a chop in 5 days. A feed tomorrow and chop if the yellowing gets worse. Estimate Day 90.

Got some nice sun shots 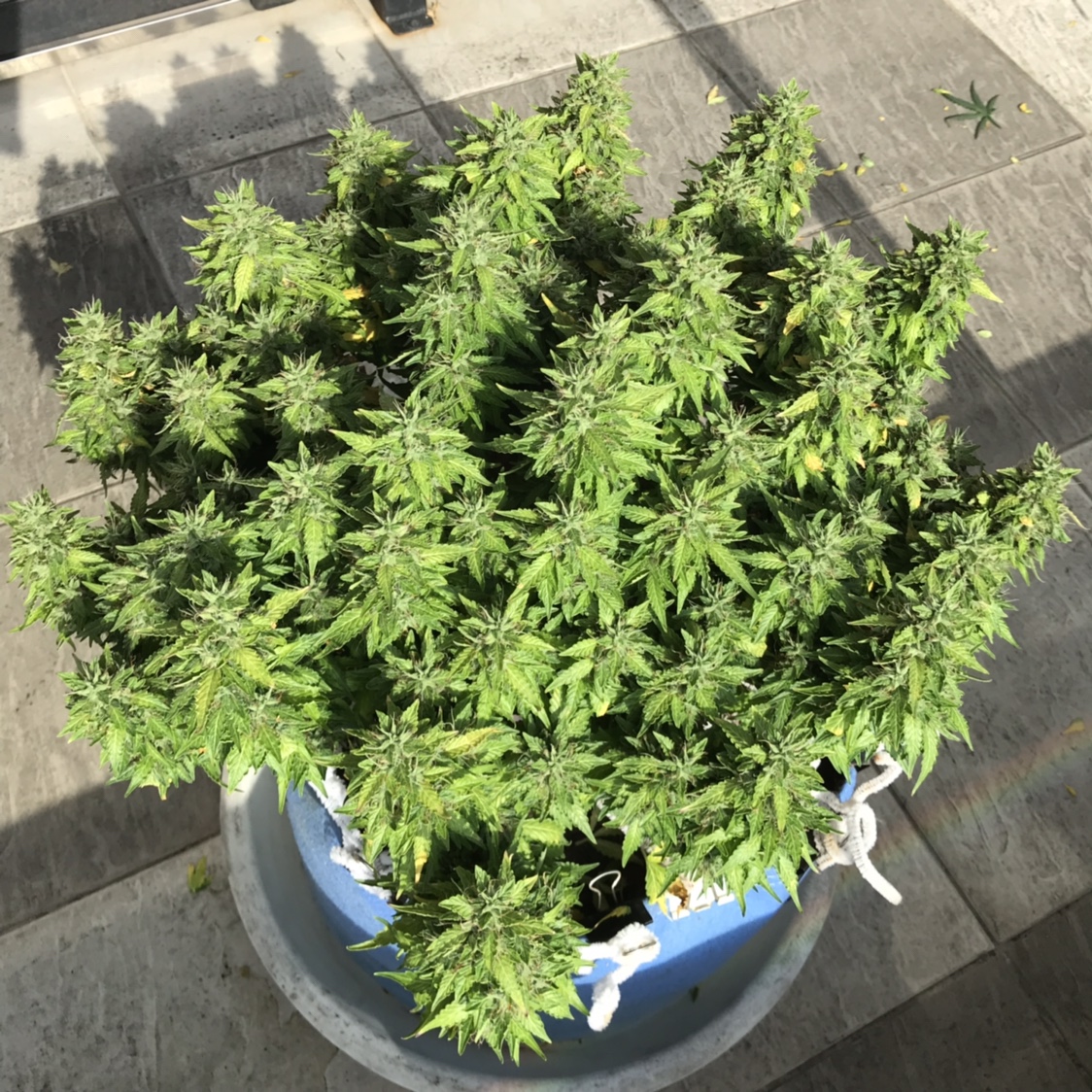 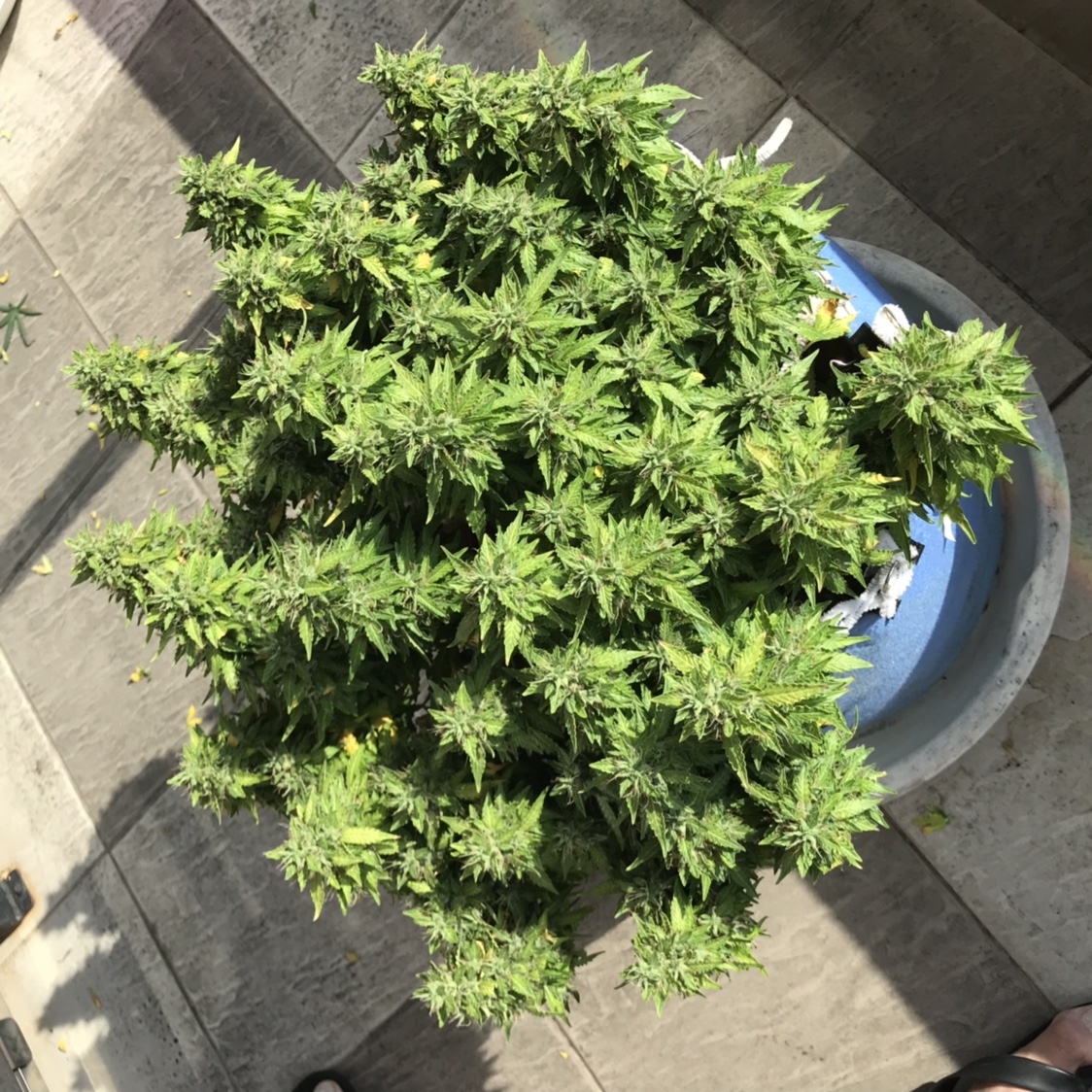 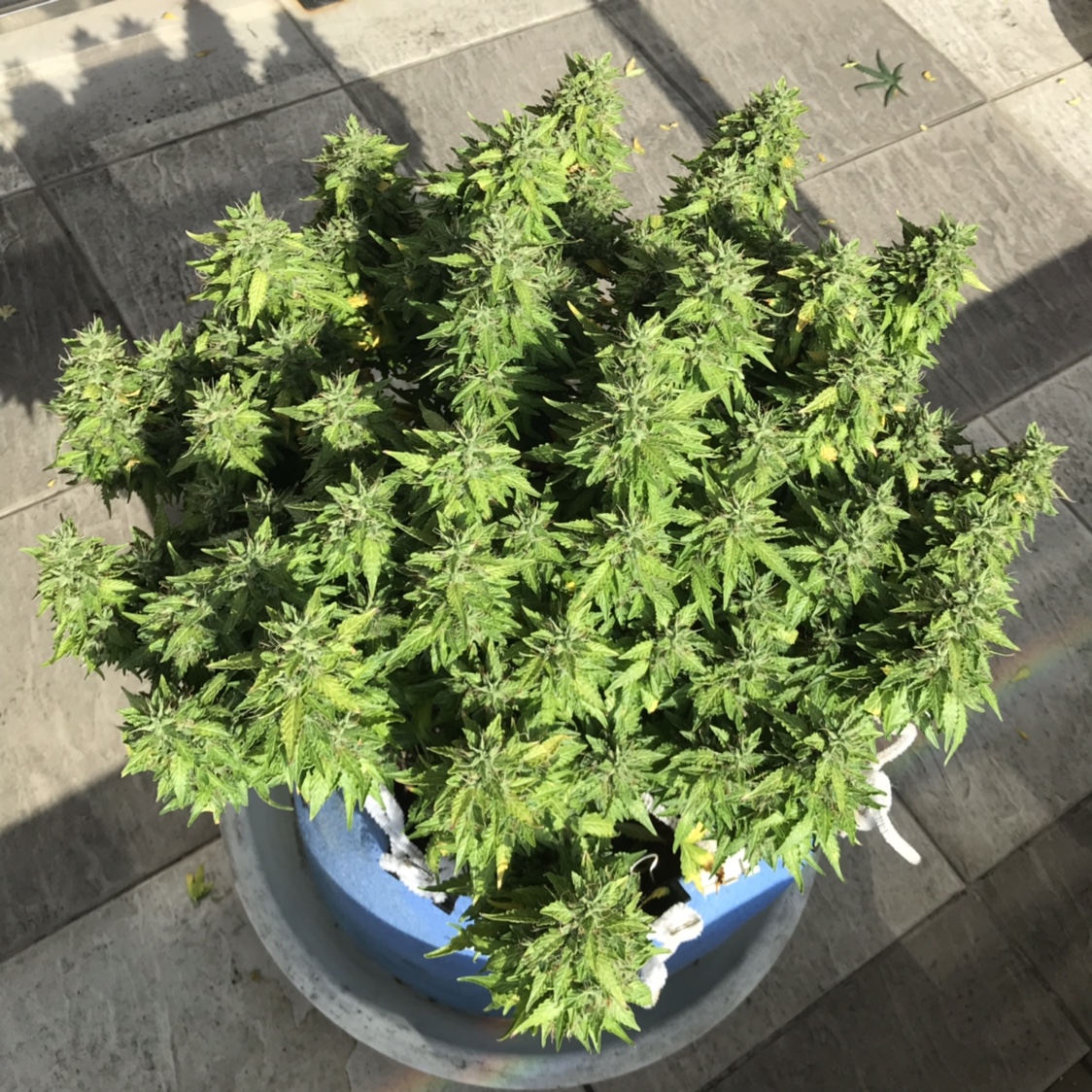 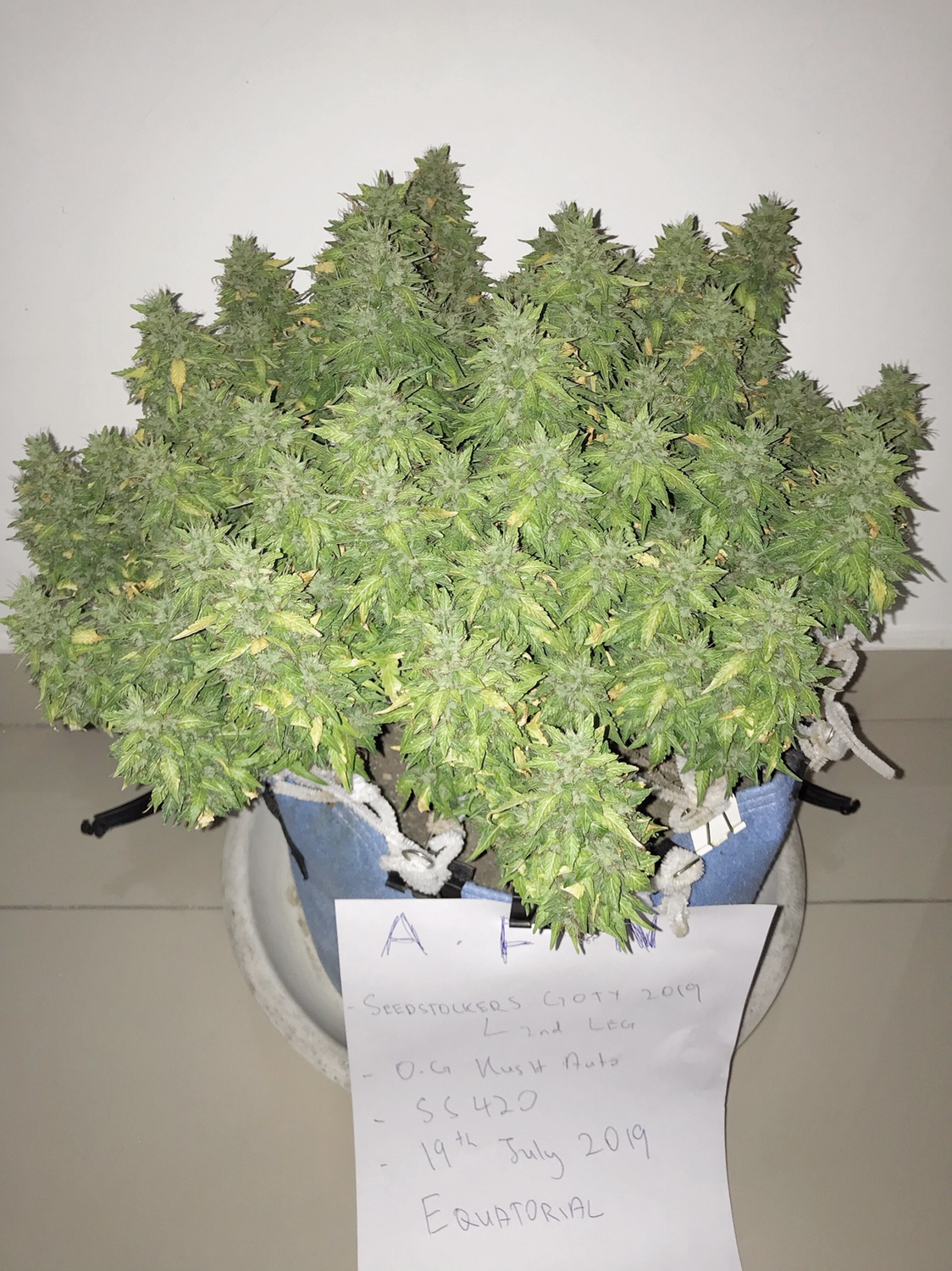 Niceeeee, btw is that the plant the banana sack came off of?

Thank you very much

RivetGrrl said:
Niceeeee, btw is that the plant the banana sack came off of?

Thank you very much

No, the other Blueberry I had trouble with. Can't see more and she's budding up nicely

RivetGrrl said:
Yes Mugwamp is right, code on the 17th so no one is naughty and germs early

All the info is written down (flash card works well, paper what have you) and picture is taken of that with your seeds and germ method (paper towel, direct seed etc.)
Equatorial, you staying up late or getting up early? It's like a kid at Christmas, great to see the enthusiasm

And you can use the same plant in multiple battles so no need to have one for each, saves room! (you can grow as many as ya like tho

Its the 17th in less than 15 hours for me! Looks like I'll be staying up. A code would be nice but I can wait cos the bean would be in the glass for a good 24++ hours anyways.

Nice to know I can use the same plant for multiple battles. But since I need 4 plants minimum for 4 sponsored grows, those spaces are occupied. Hope HSO reaches soon. I have almost given up on BombSeeds and Short Stuff.
Reactions: Growtogrow, TheMongol, NiceOption and 2 others

Super Skunk looks like a great choice, I got a friend growing them outdoors this year as they are very hardy. I'm going to grow the FC as I can switch them to 12/12 in another tent if I have to. But I'll probably pick the Critical or Sticky Fingers for the battle gal just in case (unless I get a super nice FC that outperforms the others).

Yeah... I saw that actually and considered ordering some others for the battle but that seemed a bit ridiculous. I also have the Santa Marta Haze but I think she might get a bit big for the space she'll have and would better suit a grow with fewer plants. Sticky Fingers and Nicole Creme both look pretty great to me. I was sooooo looking forward to the FC though it's a real shame. Can't imagine I'll have any complaints about the Skunk. It'll be a very 90's tent with her sat alongside a Cheese and a Diesel too.
Reactions: Growtogrow, RivetGrrl and TheMongol

Ratiocinate Extraordinaire (look it up)

Environment for this battle/growoff will be....​
Germed in shot glass, will be potted into solo cups, and transplanted into Final Autopots when ready​