Hey Now,
We are back in business!! WooHoo we have Anvil in the autopots today. They have been doing well so far all things considered. If you recall I had a bit of a rough start. I put them in the dirt, they popped up, put clear cups on as a humid dome, left for a trip. I forgot to tell the caretaker to remove the domes and they almost died, two took it a lot harder that the others. Long story short I decided to let them all grow!
There are two definite contenders and I seriously hope they are girls!!
I started them on water in the rez last week. Yesterday I added nutrients to the rez. I’m using a supplemented DutchPro regimen this time around. I am particularly on the look out for N toxicity and CaMg deficiency. I am seeing various benes too. I got a bunch at the different shows. Not very scientific but benes are really aiding my grows (I think!!). 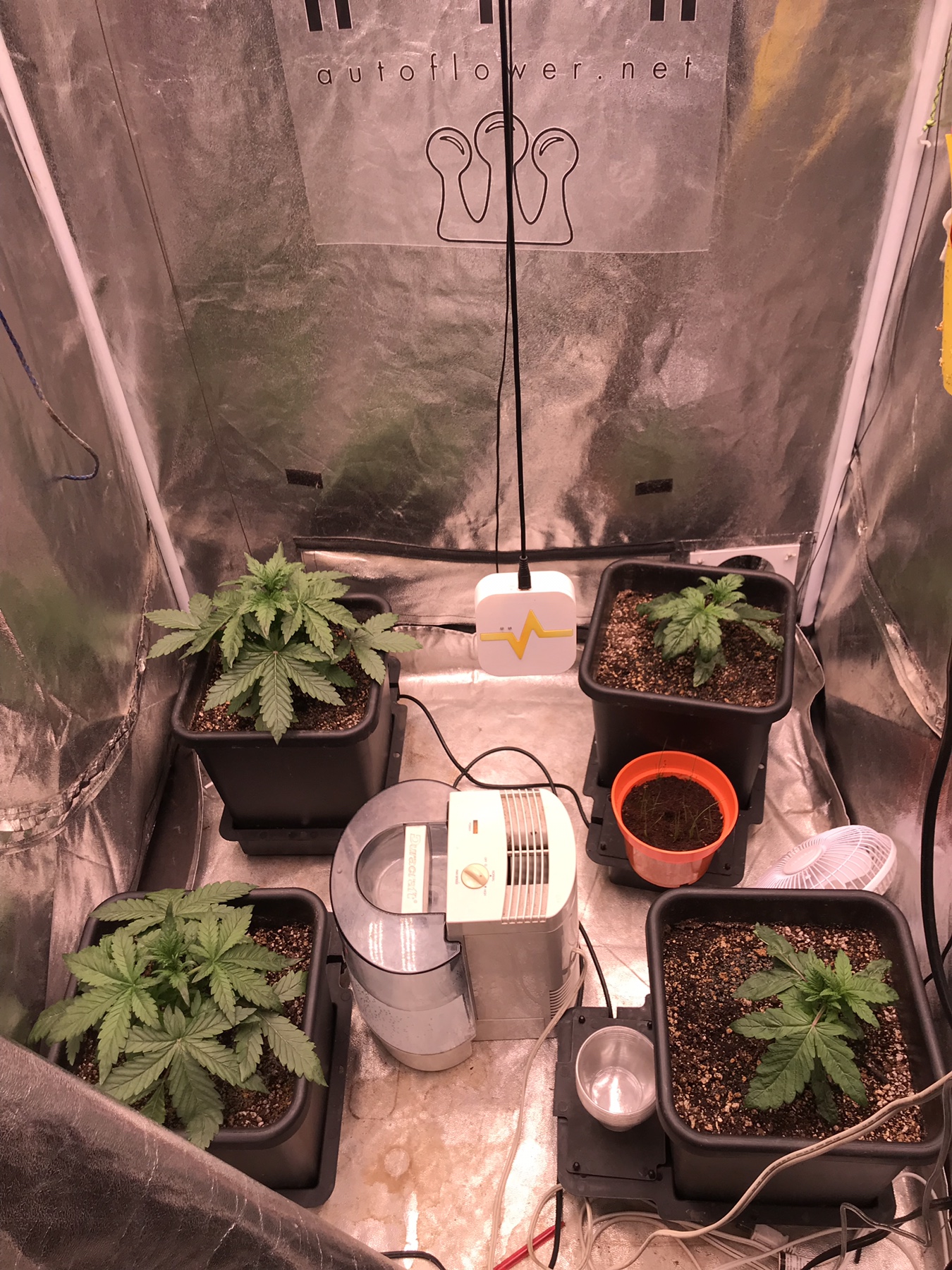 Could be a contender. 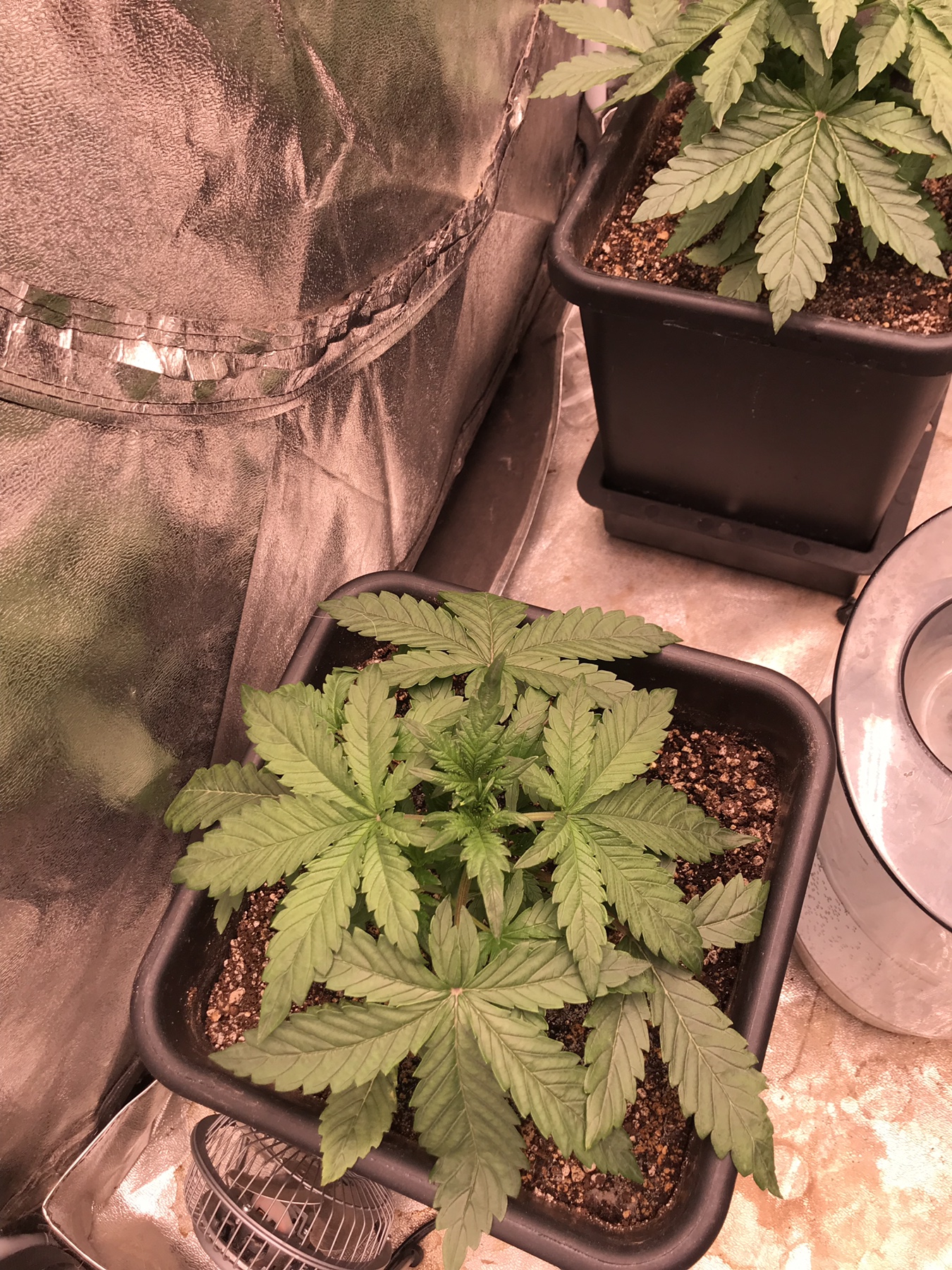 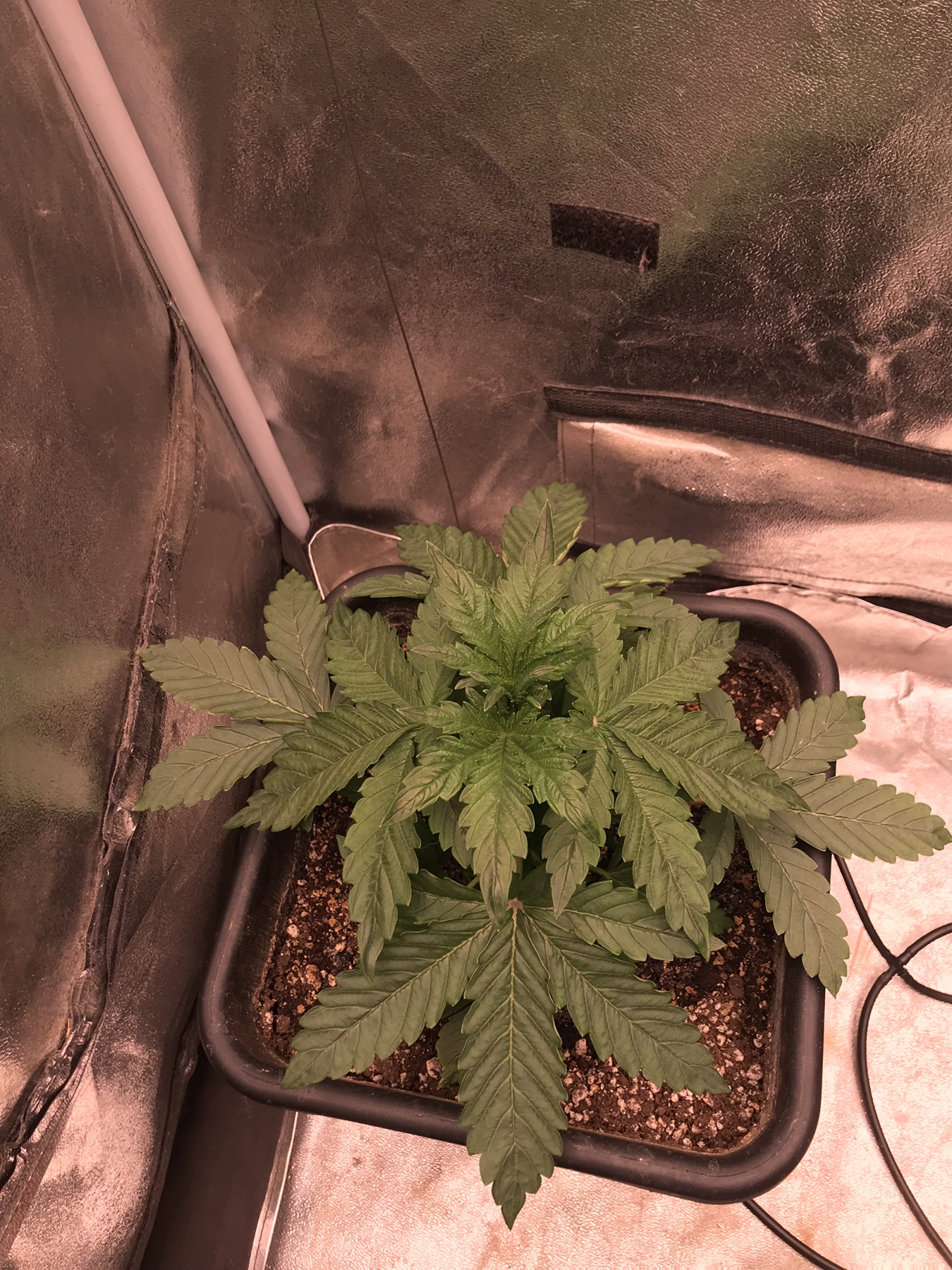 One of the other two, not too good, but not bad. 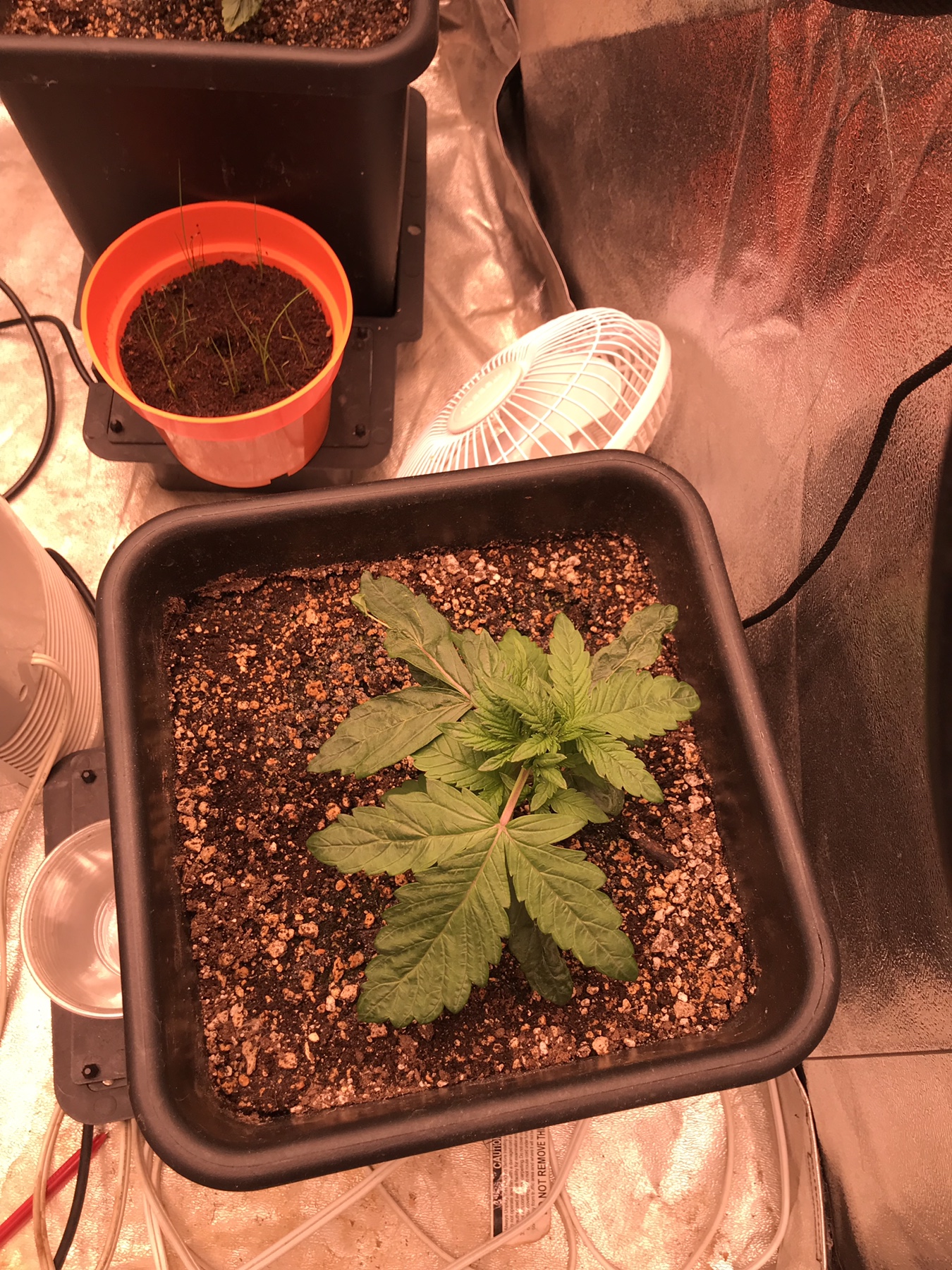 Here is the other. A real testament to the strength of these genetics. 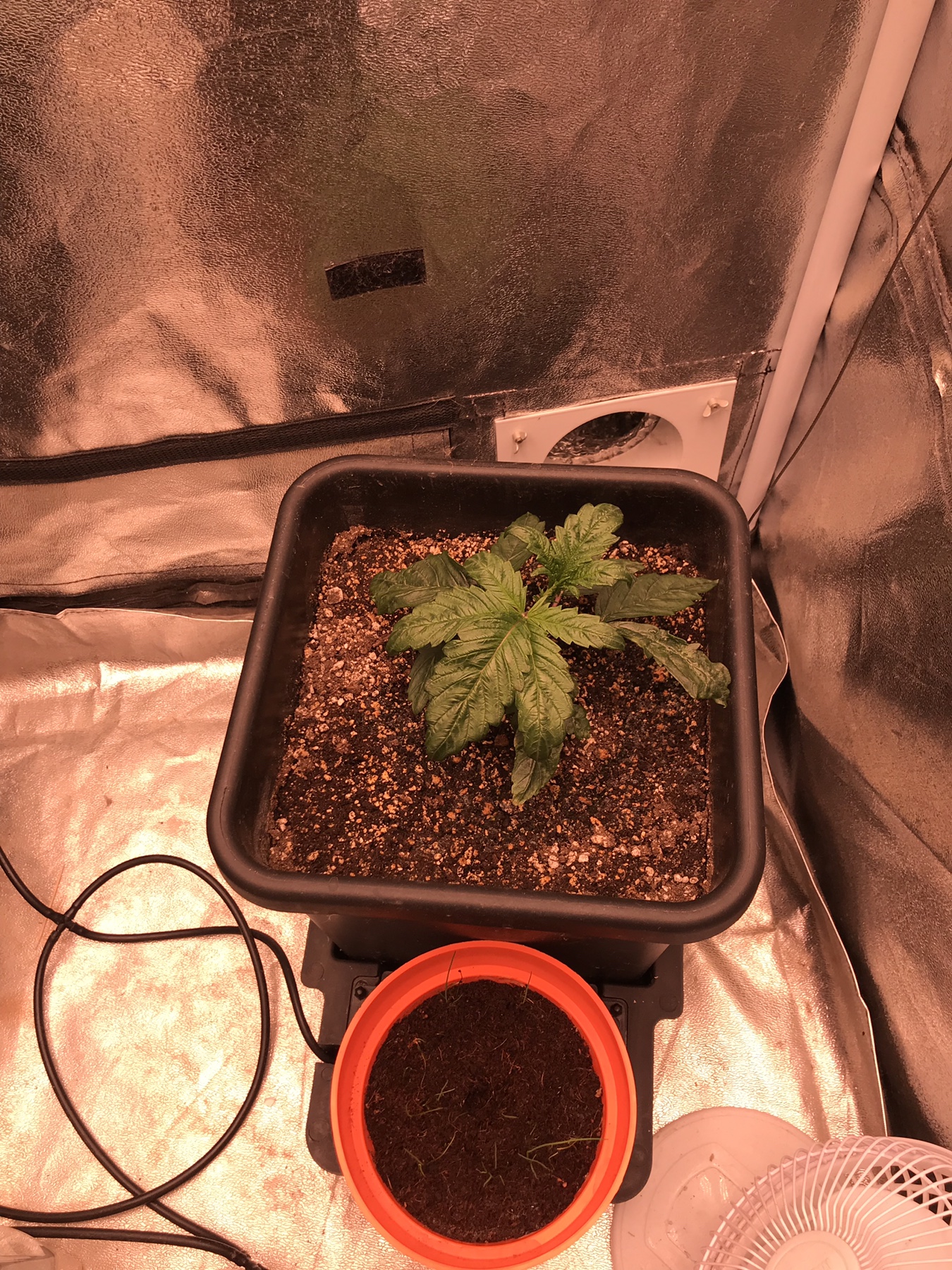 Holy shit!
February 22nd, where the hell have I been? Doing some of this and that.

And apparently forgetting to not push the post button before I meant too.
Finally got the urge to get growing again. Put some Anvil beans from my last grow. Got a dozen or so from a male overstaying his welcome in the tent. Some inside and some outside this year too.

Hey Now!
Got green things growing. All over, hallelujah!
Have 4 Anvil in a tent, got one in the dirt outside and one in a pot waiting, then I have 8 reg, photo beans someone gave me at the Harvest Cup. Called White Christmas. Have not been able to find info on the breeder though so we will have to wait and see.

Hey Now here we are again. It’s Thursday July 17th 2019. My babies have been up for about 19-20 days now. Loving life and really growing well.

Hey Now!
Update day. Lots going on here. I have three left in the tent now. Had one boy, a real nice one too so I snagged some pollen and dusted the females a bit. The outdoor specimen was stunted pretty badly. I have terrible soil. I also have half a dozen white Christmas from White Rabbit Farms that we’re gifted me. They look great too. They are outside in pots.

Gardens are good, I know I owe @Waira some pictures of the outside girls. They are doing great, 3 boys and 3 girls from the regular seeds of the White Christmas photos. Indoors the 2 Anvils are chugging along quite nicely considering I almost killed them. The Battle Tent is ready with 4 7 gallon pots with Gorilla Autos in them.
Have a great Thursday.

....... Any info on what White Christmas has for parentage?

Hey Now,
Oh Boy do I need to get an update done!!
I'll fill you in and the post some pictures.
Where to start. . . Well the two Anvil girls that made it through the sex cull are ready to come down this weekend. If you recall I came real close to killing them! Clogged feed line from the autopot res. . . busy with life and all and fell into the automatic garden pitfall of not physically checking at least twice a day. They were in bad shape but I was able to bring them back fairly well and they produced some nice flowers. Just goes to show, breeding counts! @FullDuplex and his Anvils are amazing creatures for sure. There is a white pheno and a dark red one. Took some of the pollen from the male shown in earlier posts and dusted one of the flowers of the dark pheno for some seed. This should be my 2nd generation from what was sent to me originally.

I tossed another bean from that generation in a pot for S&Gs, we were twisting one up and the bean was in the grinder so I tossed it into a pot that just happened to be sitting there after I pulled the root ball out of it. What a gorgeous plant I sure hope it's a girl!! This is under a Folux quantum board in a pot of goddess knows what for soil and it's getting the leftover NTFG feed from the battle girls in the room.


Dinafem Gorilla Autos are in the main show tent. 7 gal felt pots with NTFG [HASHTAG]#4[/HASHTAG] soil. These girls are being fed the NTFG Roman regimen along with all sorts of different benes. Benes inclued MamP, Photosynth+ fishshit, recharge, and whatever else I've picked up at shows and stuff. The benes have a big impact as long as I stay away from the salt based stuff. Don't know who I'll choose for the Battle but I'm sure she will show herself.

In the little tent 2, maybe 3 of the 4 MegaBuds Beats Mode Autos made it. I don't think it's the genetics. I pushed to get this started by the 8th and it did not turn out well. My usual is to build the pots, water with some ACT and benes and their foods and let things cook for about a week. I just water/fed and tossed the beans in. Kinda wish I hadn't but. . . We'll see what we can do. I'm disappointed, but Oh Well!

That's it for indoors, for the first time I've grown outside. Several folks in the neighborhood are growing. I played gender cop and went around insuring the male population was under control!! I have 3 White Christmas from White Rabbit farms I don't have their lineage though. Sorry @Waira, but I just got a DM from the breeder complimenting me on the grow, so more info is on the way! I did save a bit of pollen from a male I got so I will make some more. These are really nice looking girls, symmetry, growth, they seem to have it all. Can't wait until their ready!! Then we have two purple gorillas. The soil is very poor here or there are no nutrients available in it. IOW they got off to a crap start but judicious and heavy application of different nutrient solutions brought them out and they aren't doing to bad and the smell is from heaven too.

So that's about it for this update. Again I will say that I'll try to keep this up a bit better, but who knows. . .
Peace and Happy Growing to all my friends and canna family!
WWW
You must log in or register to reply here.
Share:
Facebook Twitter Reddit Pinterest Tumblr WhatsApp Email Link
Top